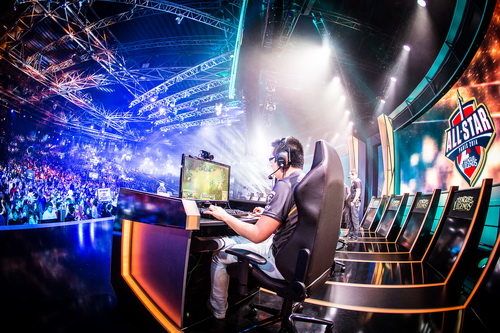 Any person who comes to the online betting site wants to win. I want to win immediately and preferably, like in the movies – fabulous sums that are simply physically impossible to spend in a lifetime. Nevertheless, the reality is usually different from the cinema, the losses and winnings constantly replace each other. Most unlucky people think that it is impossible to win on betting, in online gambling games or online slot machines. We will talk further about the technical side of e-sports bets and whether it is possible to win at all, trying to guess the outcome of the matches in popular e-sports gaming titles like dota2, CSGO, Starcraft 2, etc.

Knowledge is power in eSports

The first thing to be understood: in betting, as a rule, you won’t win millions. Forget all the images imposed by the cinema. If you bet $10, do not expect that the gain will be $100 million. For such big sums, the bet itself needs to be huge.

Similarly, you should not expect that by placing only one time, you instantly get rich. The first thing to keep in mind when making a bet on the outcome of the match for example in the “DotA 2”: the loss is real. So take care to calculate all the chances of winning and make your informed choice. A common misconception: by making a huge bet, you will certainly win. The money that you invest in the tote should be the last link in a long chain of complex calculations and reasoning.

Another useful tip is not to take the coefficients on the sites too seriously. These indicators often point not to the invincible masters of the game, but to today’s favorite. In addition, a position with a high ratio has more chances to win, so it will be predictably more bets on it, and the winning sum will be less.

To start winning, in perspective you need to find your way, and not blindly follow the opinion of the crowd, “raising” 2 cents on each dollar.

Before you go to bet on any of the eSports disciplines, it is strongly recommended to get at least an approximate idea about it, and it is better to have some kind of experience. Unlike traditional sports, relying on e-sports, you have to take into account a huge number of factors, some of which are often unknown even to the player.

Luck in eSports smiles only for prepared

The second thing you need to remember in preparation for an e-sports gambling – a win is completely realistic. There is no global conspiracy of bookmakers who have decided by all means to take away money from users and spend it on gold Ferrari. Each solid bookmaking company has a reputation that it values, so it will not deceive people. In addition, eSports is akin to mathematics – if all the conditions of the “problem solving” are met, the “answer” will necessarily be correct. However, your first bid simply must be the amount with which you are ready to part forever. Whoever says anything to you, but to break a more or less significant sum for the first time is almost impossible. Do not succumb to the action of emotions, do not try to “appease Fortune” or “lure good luck” – these superstitions simply have no place in the bookmaker’s craft. Be collected, analyze the game of the team you want to bet money on. Do not be lazy to find on the Internet records of their games and carefully study their tactics. In the end, you are going to put money on these people and need to know how they achieve victory, so regularly follow the state of things.

Ignore someone else’s chatter. On the Internet, because of imaginary anonymity, everything around you may seem smarter and claim that they know exactly who will win the next game. But if professional players or people who have devoted their entire life to the eSports gambling industry do not talk about matches, this “authoritative” opinion can be ignored. It is difficult because one of the peculiarities of the human psyche is to rely on the supernatural “wisdom” or “perspicacity” of the people around. However, constantly pull yourself up with one simple question: “If these advisers are so smart, why they never make bets?” In fact, today there is not a single analyst who can tell you exactly who will win in one game or another. “DotA 2”, “FIFA”, “StarCraft 2”, “Counter-Strike” – each of them has its own characteristics, and in order to thoroughly understand them, you need to spend several hundred hours at the computer.

What else can be done to increase the likelihood of winning by betting on the e-sports event? At a minimum – refrain from betting on those games about which you have no idea. You would not bet on football without even knowing the rules of the game, would you? Why then this principle is not transferred to computer games? A huge number of users who want to make a bet, still perceive e-sports as something frivolous, giving infantilism. So if you want to get a steady income, then think about specialization. As you know, fundamental knowledge in one area is often much more preferable than a general idea about everything in the world. Want to win by making big bets on StarCraft 2? Install this game and play it online for a month trying to win.

Can I win by betting on e-sports? Yes. This is not as difficult as it may seem, but not as easy as it is commonly believed. Today, thousands of people earn their livelihood who simply understand the games and know which team can win and when even if all the odds are against it.

If you want to win, you should take eSports as seriously as more traditional sports and study the subject. You can’t just go to the bookmaker’s website, make five bets at random, get your billion dollars and go live in Hawaii – it’s just as hard work as any other business.

And finally, remember: to win, you need, oddly enough, always use your head, and not someone else’s opinion.