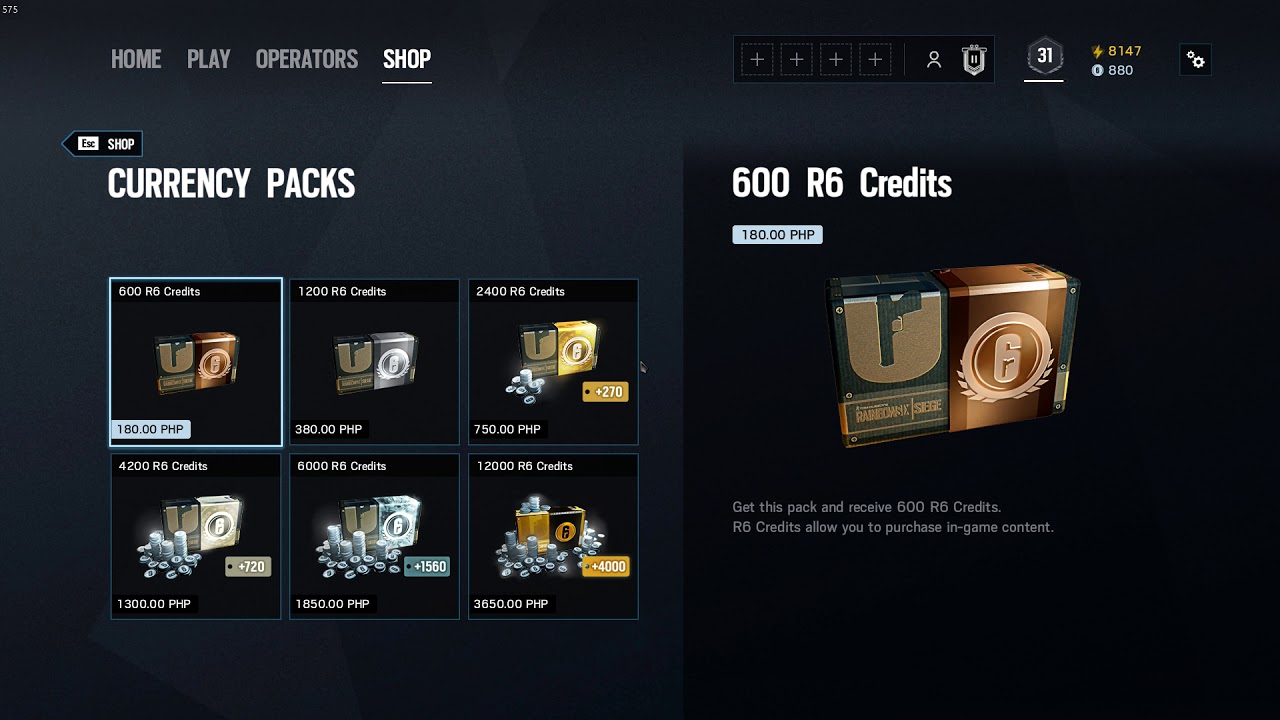 Premium in-game currencies are a nightmare. While most can be earned by playing the game, some have to be purchased. Whether you get them as a bonus with the battle pass, or you have to buy packs of them outright in order to get that cosmetic pack you’re desperate for. There are always some that feel just a little bit dirty. Like they’re an extra that should have been included in the game. Separated by the developer and then charged for at a later date once you’ve been sucked in. However, these currencies aren’t inherently bad. In fact, most of the time, they’re the opposite of what we perceive them to be. Without many of them, the games we know and love would be gone.

Let’s establish what premium currency is first. In Destiny 2, this is Silver, In World of Warcraft, it’s Gold, and in Rainbow Six Siege, it’s R6 Credits. These are all currencies that players get a handful of from playing the game, but they’re then unobtainable unless you buy them or spend more money. In Destiny 2, you won’t get any Silver unless the developer chooses to give it to you. At least in Siege, you’ll be given some R6 Credits for buying the battle pass for the current season. They seem toxic, particularly because they separate you from the cosmetics you want to use in these games. Think about what would happen if they were gone, though.

Without these premium currencies, developers wouldn’t be able to afford to keep these games running on the budget that they do. They’d have to ask all players for a monthly fee to keep the servers online, which is exactly what all MMOs used to do. That archaic practice is almost entirely gone, though some games do still use it, like Final Fantasy 14. The bottom line here is that if you want to keep your games free-to-play, though, you’re going to have to live with the fact that most of the amazing cosmetics will be locked behind a premium currency paywall.

My favorite free-to-play game of all time is Injustice: Gods Among Us for mobile devices. It’s a game that looks almost as good as the console version, but it runs much smoother and faster because it’s got far less going on. You tap the screen to fight, swap characters in teams, win, and repeat. You can do this over and over again, and the satisfying short and long-term goals keep you playing for hours.

I once spent an evening with friends playing the online mode just so I could win a premium reward without paying for it. At some point, though, you have to face the fact that you’re not getting the best rewards without buying them. Even here, players were paying their way to play faster and better, and that’s not something that you can compete with as a free player. It didn’t bother me, but it showed me why the premium currency exists in these games.

There will always be players who are willing to do things like buy WoW TBC Gold or Silver in Destiny 2. All you have to do is type in the game of a game on Fiverr, and you’ll see that people are willing to pay for others to play on their accounts. If you’ve got the money and you want the progression, you’ll pay for it. For most of these people, it’s a status symbol. They want to have everything in the game. While they don’t have the time to get that, they do have the money.

Paying for Games Supports Them

By spending additional cash on the games you love, you’re supporting the developer and keeping that game alive. There’s no shame in it, and it’s an essential feature in almost every free-to-play game if you want it to survive in the long term. The next time you think that a cosmetic should be free, think about what that might mean for the community and the game’s future in a few years.