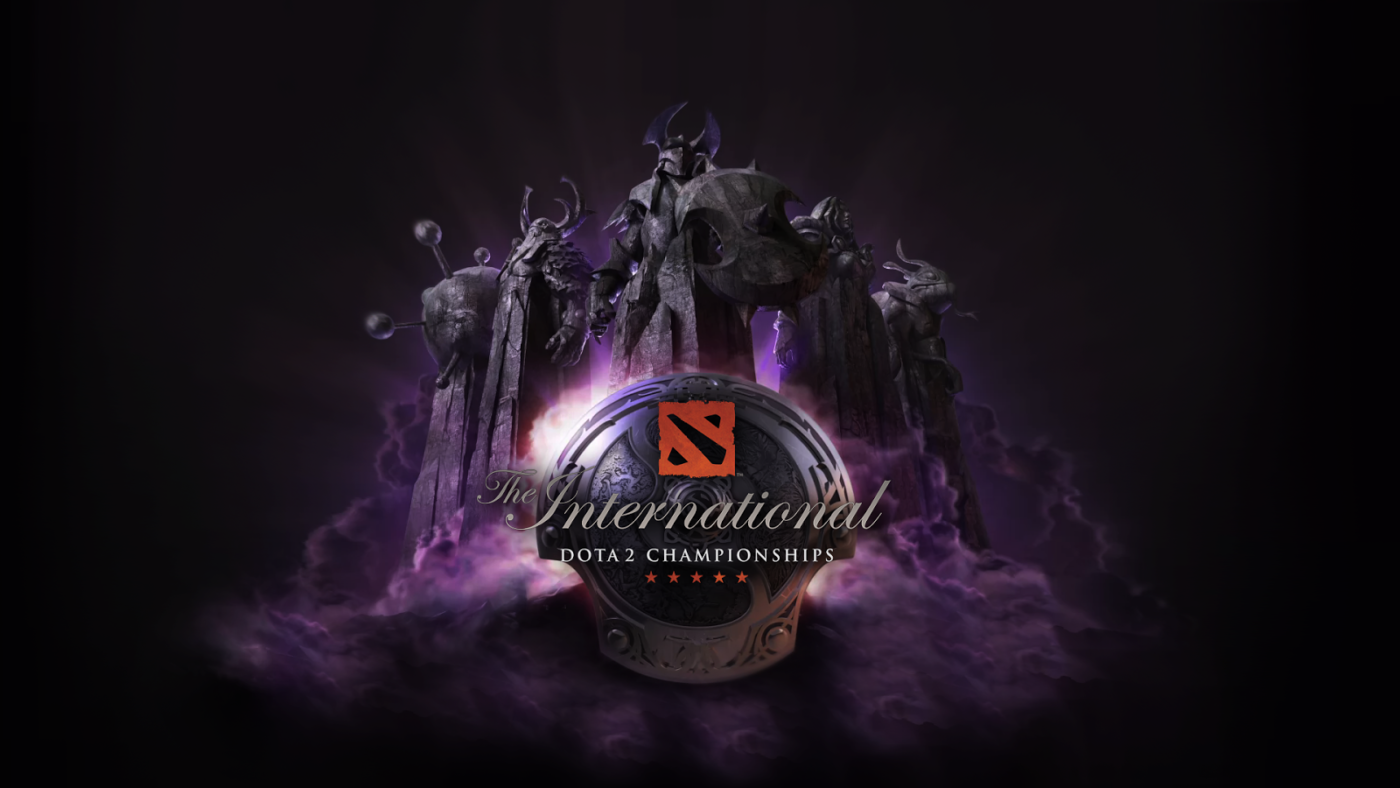 The International 2014, Valve’s DOTA 2 World Championship, has now confirmed all of its 16 participants, including well known teams and some, perhaps, unfamiliar faces.

However, the tournament promises really high level plays with each participating team, and with its current $10,536,536 USD prize pool, it’s pretty safe to say teams will try their hardest to achieve that first place.

Now without hesitation, let’s get prepped and analyze each invited, qualified, and wild card team participating in The International 2014.

The 2013 champions, Alliance wasn’t a team known for their individual skill but their team synergy. When in-game, you can see why they are the reigning world champions, since their team play is something to watch for. With no team roster changes since the last International, Alliance is looking as strong as last year. The team is represented by Gustav “s4” Magnusson, Henrik “AdmiralBulldog” Ahnberg, Jonathan “Loda” Berg, Joakim “Akke” Akterhall, and Jerry “EGM” Lundqvist. 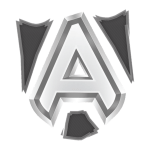 SEA’s lone invitee, Team Titan, is the strongest team between Asia and Oceania, with the only exception of China. So to speak, they are the Titans in Asia, but with their recent performance against teams from other regions like Europe, they lack good results. They have the potential, but haven’t unleashed it internationally. They come to The International 2014 as underdogs but will they surprise us? Only time will tell. The team consists of players Lee Kong “kYxY” Yang, Chong “Ohaiyo” Xin Khoo, Wai “Net” Pern Lim, Joel Chan “XtiNcT” Zhan Leong, and  Ng “YamateH” Wei Poong.

Evil Geniuses, a team full of potential that’s never quite been unleashed, has received a complete overhaul since last year with a new squad that can now be arguably placed as one of the best in the world. Since its complete roster change, EG has only placed in the top three spots, beating high tier teams like Na’Vi and Team DK. Evil Geniouses’ reputation as a mediocre team has now vanished and the moment for its players to prove themselves has come. The team roster consists of Mason “Mason” Veene, Artour “Arteezy” Babaev, Saahil “Universe” Arora, Ludwig “zai” Wahlberg, and Peter “ppd” Dager.

A team that started in the Heroes of Newerth scene, Fnatic has established themselves in the DOTA 2 pro scene as the most consistent team with their constant top four placements. However, this consistency has only awarded them three first place spots in premier tournaments. Last month, Xcalibur’s Meepo and Tinker were so strong they started to attract bans from other teams. It may be time to unleash themselves and try to achieve a top three place with their recent performance. The team is formed by Tal “Fly” Aizik, Johan “N0tail” Sundstein, Adrian “Era” Kryeziu, Kai “H4nn1” Hanbueckers, and Kalle “Trixi” Saarinen. 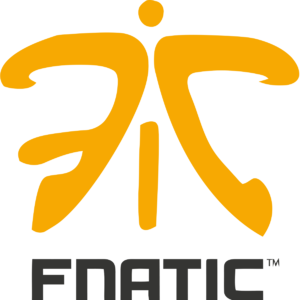 A team just recently formed, NewBee has been on the scene since February. With roster problems since its inception, the team finally established itself as top tier when SanSheng joined and they started stomping the Chinese scene, constantly beating the Chinese top tier teams, winning the MarsTV Dota League undefeated against their fellow The International Chinese attendees. It is a safe bet to say this team has an extremely high potential in The International, but it’s up to the other teams to set how far NewBee will make it. The team consists of Chen “Hao” Zhihao, Zhang “Mu” Pan, Zhang “xiao8” Ning, Wang “Banana” Jiao, and Wang “SanSheng” Zhaohui.

Vici Gaming, a Chinese giant where, during a small part of 2013, they were considered the best team in the world with their perfect strategies, is now a team searching for the light after their decay in late 2013. This year, they are still searching for a rediscovery. They have the potential to redeem themselves in The International, but it’s up to them to rediscover their glorious playstyle present from 2013. The team consists of Liu “Sylar” Jiajum, Xie “Super” Junhao, Bai “rOtk” Fan, Lu “Fenrir” Chao, and Xu “Fy” Linsen. 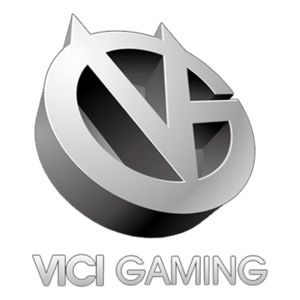 Natus Vincere, also known as Na’Vi, is the reference team in DOTA 2. They’ve been a dominant team since the DOTA 2 pro scene inception. Even though they have only won one of the three Internationals, they have placed in the finals of all three. Since its inception in 2011, Na’Vi has placed outside of the top three only four times in premier events, with the majority being first places. If that isn’t dominance, then I don’t know what is. If someone has the possibility of getting to the 2014 finals, it’s Na’Vi. The squad is formed by Clement “Puppey” Ivanov, Aleksander “XBOCT” Dashkevich, Danylo “Dendi” Ishutin, Gleb “Funn1k” Lipatnikov, and Kuro “KuroKy” Salehi Takhasomi.

One of the latest dominants, Team DK wants to prove to the world what they are capable of with their high calibre players. With the leadership of BurNIng, perhaps the most legendary Chinese carry, they seek victory against everyone. In the recent months, Team DK has been dominating and placing first in almost every tournament they’ve entered. Last month, however, they lost two grand finals and now come to The International with the opportunity to prove it was only a minor slump. The team consists of Xu “BurNIng” Zhilei, Chai “Mushi” Yee Fung, Daryl Koh “iceiceice” Pei Xiang, Zhang “LaNm” Zhicheng, and Lei “X!!” Zengrong.

If there was one team that had established dominance in 2012, it was Invictus Gaming, champions of The International 2012. However, no team fell harder from its throne than IG. In 2013 they were only considered a mediocre team with damaging roster changes that put them on a downward spiral. Enter the 2014 season, IG introduced to their roster Luo and ChuaN. Evil Geniouses, who was arguably the strongest team in the ESL Champions, fells against Invictus with a 22-0 score the last game, showing how strong IG is looking at the moment. It’s time for them to prove the world that they’re back. The roster is formed by Luo “Luo” Yinqi, Luo “Ferrari_430” Feichi, Jiang “YYF” Cen, Wong “ChuaN” Hock Chuan, and Zeng “Faith” Hongda.

One of the most recent teams in the DOTA 2 scene, Cloud 9 is looking for a top spot in The International. Like Alliance, this team was formed because of its formidable synergy by players from North America and Europe. Lately, the team has been in a slump and can’t seem to place higher than 5-7, but they are hoping to break this streak at this tournament. The team consists of Jacky “EternaLEnVy” Mao, Weh “SingSing” Sing Yuen, Pittner “bOne7″Armand, Kurtis “Aui_2000” Ling, and Johan “Pieliedie” Astrom. 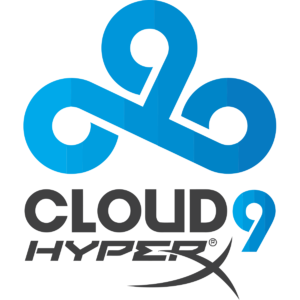 Although they have been a well-established team in European DOTA, this International is the first time Team Empire has been invited. The current roster was established at the end of 2013 and has shown an excellent form, beating giants like Alliance, Evil Geniouses, and Invictus Gaming. They have, however, missed both ESL One and The summit, which are this year’s big tournaments, so it’s difficult to predict their performance in this International, especially since the team has been bootcamping for the tournament. We can’t say how well prepared will they be. The team is formed by Airat “Silent” Gaziev, Ivan “VANKSOR” Skorokhod, Andrew “Mag” Chipenko, Andrey “ALWAYSWANNAFLY” Bondarenko, and Roman “Resolut1on” Fominok.

It’s hard to describe the Natus Vincere North America squad without asking “who are they?”. To answer quickly, they’re five “rejects” from their former teams that decided to join forces and build the most recent competitive DOTA 2 team there is. At the Beginning of april, players started to practice against each other, and in just 31 days since the team’s inception, they had secured a spot in The International 2014. While one can argue that the team hasn’t been long enough to be a significant threat, it’s important to note what they achieved in just 31 days. With that in mind, it’s hard to predict where they will place in this tournament. They come here as lethal underdogs. The roster is formed by JinJung “Sneyking” Wu, Steven “Korok” Ashworth, Braxton “Brax” Paulson, Ioannis “Fogged” Loucas, and Theeben “1437” Siva.

Another underdog, Arrow Gaming wasn’t known outside of the SEA region until their players had their visas rejected trying to enter The International. However, they were later approved and with that scandal, they’ve been on the radar for many, making them one of the favorite underdogs. They destroyed everyone in the SEA qualifiers, making them a formidable opponent in The International. The team consists of Fua “Lance” Hsien Wan, Chiok “XiangZai” Soon Siang, Kok “ddz” Yi Liong, Chung “MOZuN-” Kah Sheng, and Johnny “JoHnNy” Lee.

The oldest established team in China with a lot of history behind and with several high calibre players coming from LGD like Xiao8, LGD has always been a potential powerhouse. They’ve recently decayed, however, up to the point that Valve stated LGD wasn’t getting an invitation to participate in The International 2014. Everything seemed lost until, in the Chinese Qualifier, LGD beat every team except CIS, going 8-1, and securing their spot in The International. The team is prepared to show the world it’s still relevant, and Valve that they should’ve invited them. The team is formed by Fat-meng “DDC” Leong, Zhengzheng “Yao” Yao, Bin “DD” Xie, Zhang “xiaotuji” Wang, and Ziyang “Lin” Xu.

This team has been around since the inception of the DOTA 2 pro scene, but has been extremely inconsistent with 23 former players, some of which are high calibre and decided to join other organizations. Although they have never received an invitation for an International, this will be the third time they will be participating in one, only missing The first International. Their International results have been less than satisfactory, but this time, they carry an incredible 67% win ratio, which earned them an invitation to the Qualifier, where they destroyed every opponent in the European Qualifier. There’s a moment for everyone and this is the moment for mousesports to shine and show everyone what this iteration is capable of. The roster is formed by Per Anders “pajkatt” Olson Lille, Adrian “FATA” Trinks, Arif “MSS” Anwar, Rasmus “MiSeRy” Filipsen, and Pascal “paS” Lohmeier.

The last team to get in The International 2014, Team Liquid earned the last spot by winning the Wild Card Qualifier, where the second place in each Qualifier would have a second and last chance to place in the tournament. It was do or die for Team Liquid, and yesterday, they managed 2-0 against MVP Phoenix, SEA Qualifier’s second place. It’s going to be interesting to see what Team Liquid can offer with just a few days preparation. The team consists of  Tyler “TC” Cook, Peter “Waytosexy” Nguyen, Max “qojqva” Broecker, Jimmy “DeMoN” Ho, and Sam “BuLba” Sosale

Finals are July 18-21, but you can start watching The International 2014 action starting now from inside your DOTA 2 client, as well as on TwitchTV. All broadcasts start at 9am PST. Check out the full schedule below and tell us in the comments who you are rooting for in The International 2014!

UPDATE: Newcomers who aren’t so familiar with DOTA 2 but still want to watch the tournament can catch the action over on the International 2014’s Newcomer’s Stream.

For more details on the event, including a breakdown of the current prize pool, be sure to visit the official overview page.