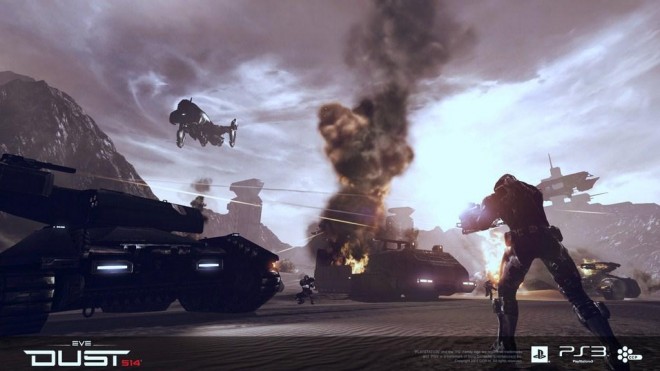 Good news for you PlayStation+ subscribers as Sony has revealed this month’s update. Among the selected free games, subscribers will be granted closed beta entrance to Dust 514 and also get the opportunity to save on Counter Strike: Global Offensive.

For those who are subscribers (or will be), you’ll be granted access to the closed beta of Dust 514. Join in on the action as you wage war in an endless battle for resources. Team up and build allies with EVE Online players as this is the first in gaming to ever implement PC and console elements in one swift system. Dust 514 is slated to release this fall and will be free-to-play.

That’s not all PS+ players can get for Dust 514 as you can also purchase the Mercenary pack for 50% off. While you may be asking yourselves why would you buy anything from a beta, keep in mind that any purchases made (and used in the game) will transfer over into the full game come fall release. So as posted on the PS Blog, buy with “Confidence”.

You only have until September 4th to get into the Beta.

If you plan on buying CS:GO and your a PS+ subscriber, then Sony is offering you a chance to save 20% on the title. The original price is $14.99 for non-subscribers and $11.99 for PS+ members. CS:GO is also apart of the Summer PSN Play promotion, meaning if you buy more then one game that falls under this promotion, you’ll be getting cash back.

You can read the rest of the August preview below:

As seen on The Playstation Blog.