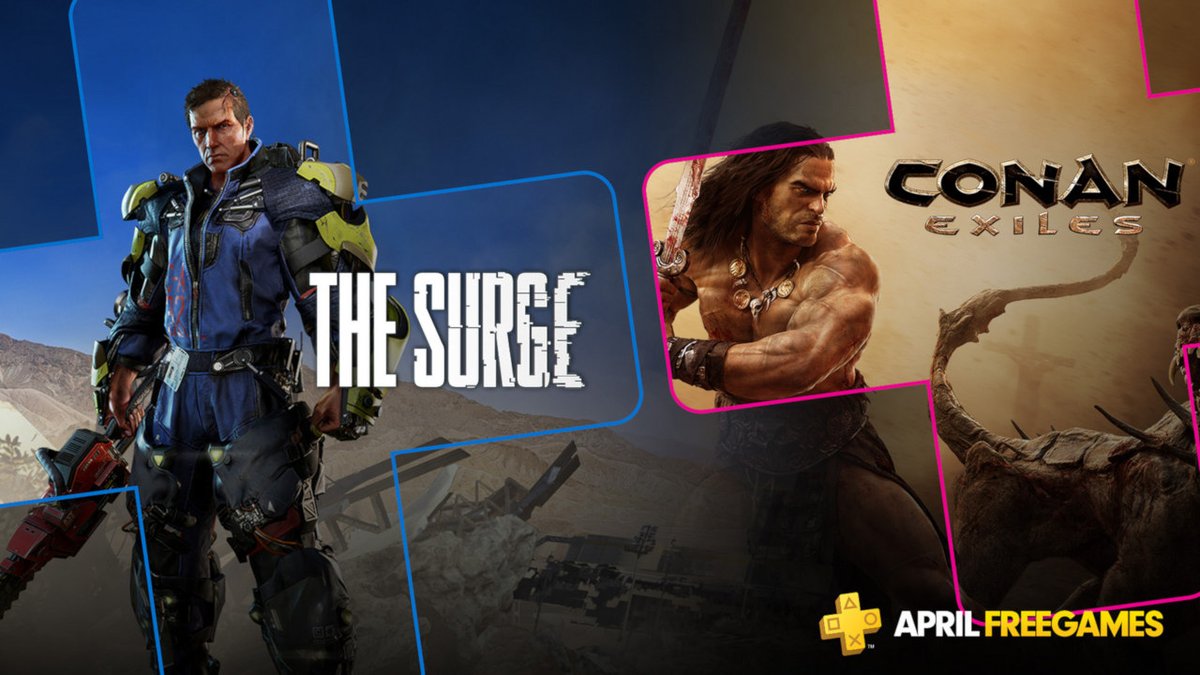 It’s almost the end of the month, and that means PlayStation Plus members will be getting a few new games come April! Today, Sony announced the PS Plus free games April 2019 list, and they include The Surge, and Conan Exiles!

Drawing inspiration from the classic barbarian tales, survival open world survival game Conan Exiles winds back the clock to the very dawn of civilization, casting you as a forgotten exile abandoned alone in the desert for crimes unknown.

Starting out with nothing but a loincloth and your own two hands, you’ll have to explore this vast, hostile world, gathering materials, crafting tools and carving out a new life for yourself in a world filled with danger.

Exploring a shared online space, you’ll have the chance to meet with other players, build settlements and bases together, and even raise your own armed fortresses as you advance your mission to dominate this brave new world.

From the creators of brutal medieval action-adventure Lords of the Fallen comes a challenging sci-fi spin on the hardcore RPG genre.

Take on the role of new staff member Warren who, following a trying first day on the job, awakens to the aftermath of an unknown cataclysm to find his new workplace devastated and its ruins overrun by out-of-control machines.

Explore the twisting maze-like environment of the CREO research facility, fending off haywire tech, scavenging new parts and weapons, rescuing survivors and unlocking the secrets of this vast, abandoned facility.

Both games will be available come April 12. In the meantime, don’t forget to download this month’s free PS Plus titles while you still can.