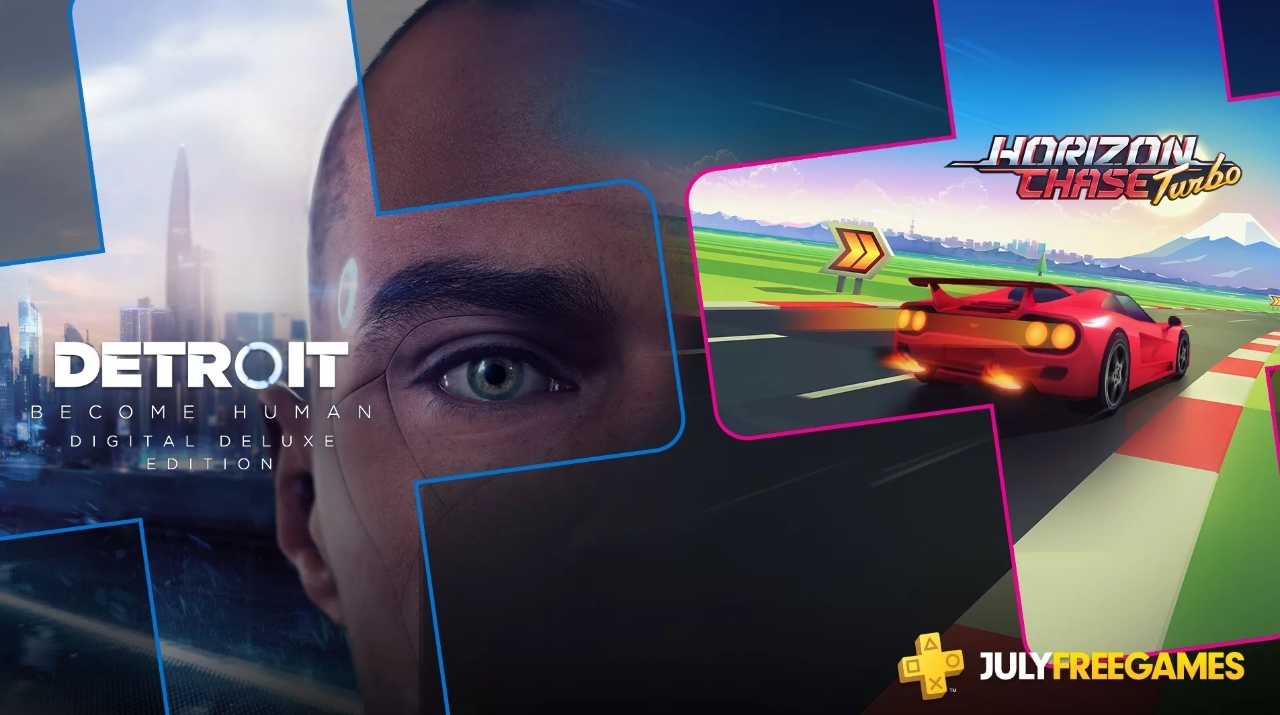 PS Plus Free Games July 2019 Update: 3 Games Free for the Month Instead of 2!

What makes this even better is that the Detroit: Become Human being given away is the Digital Deluxe Edition, which means that Heavy Rain is included as well! Yes, we’re now getting three free PS Plus games for July!

Update: We are making a swap to the PS Plus games lineup for July. This month, we are adding Detroit: Become Human Digital Deluxe Edition, which also includes Heavy Rain, to the July games lineup instead of Pro Evolution Soccer 2019. We apologize for any inconvenience.

Here’s more information about Detroit: Become Human, which will be available to PS Plus members along with Horizon Chase Turbo from July 2 to August 5.

In Detroit: Become Human, discover what it really means to be human in a powerful, emotional journey made of choice and consequences. Set in Detroit City during the year 2038, the city has been revitalized by the invention and introduction of Androids into everyday life. But when Androids start behaving as if they are alive, events begin to spin out of control. Step into the roles of the story’s pivotal three playable characters, each with unique perspectives as they face their new way of life.

Once the free games are available for download later this week, we’ll be sure to let our readers know.