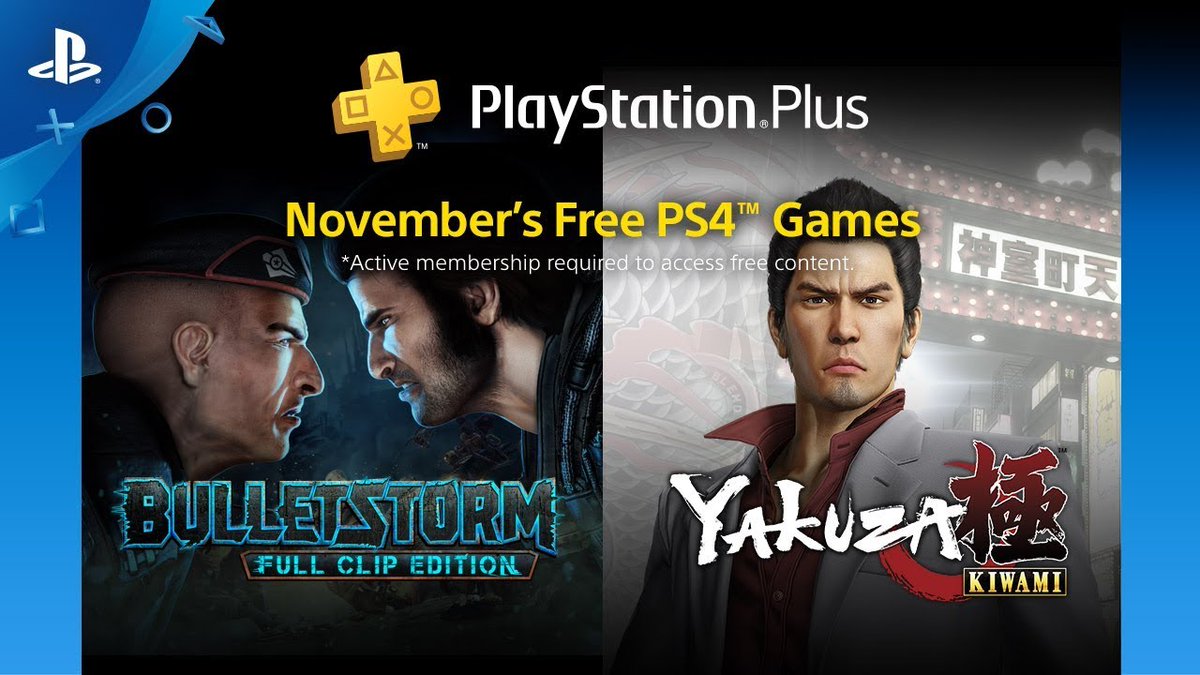 We’ve updated the post to reflect the PS3 games, as well as the descriptions from the PlayStation Blog. Enjoy!

As was rumored over a month ago, Sony has now confirmed the PS Plus free games November 2018 list, and yep, it’s going to be Bulletstorm: Full Clip Edition, and Yakuza: Kiwami! Check out the announcement trailer below.

Bulletstorm: Full Clip Edition. Get the definitive Bulletstorm experience, which includes all existing Bulletstorm add-ons plus brand-new exclusive content! Play as Grayson Hunt, who crash lands on an abandoned resort planet. You have two choices: survival or revenge. This game is over the top fun at its best.

Yakuza Kiwami. Get reintroduced to the Dragon of Dojima, Kazuma Kiryu. Become the up-and-coming yakuza who takes the fall for the murder of a crime boss, only to emerge from prison ten years later to a changed world. This game has been visually enhanced for 4K, and retains all of the great action role-playing.

While the official PlayStation Blog hasn’t updated yet, I’m assuming that there are also free PS3 and Vita games to accompany the two games mentioned above.

We’ll be updating the post within the day with official game descriptions, along with the freebies for the PS3 and Vita once it’s available.

Are you happy with the free games for November? Or were you expecting something more?