Oh look, it’s another PUBG player count post! Yeah, I’ll admit, I’m getting a little sick of writing them, but news is news! 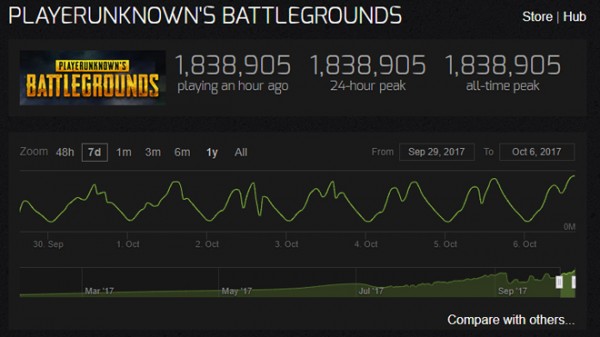 I’ve been playing more Fortnite Battle Royale than I have this title, but even the competition from Epic Games isn’t enough to stop PUBG reaching new milestones.

In other PlayerUnknown’s Battlegrounds news, Bluehole is in “talks” with Sony regarding a PS4 version, a creative chap has managed to get PUBG running on a Game Boy, and Bluehole is now valued at $4 billion.

If you’re still waiting for a PUBG console release, check out our list of the top 5 PUBG console alternatives.

Will you be playing PlayerUnknown’s Battlegrounds this weekend?