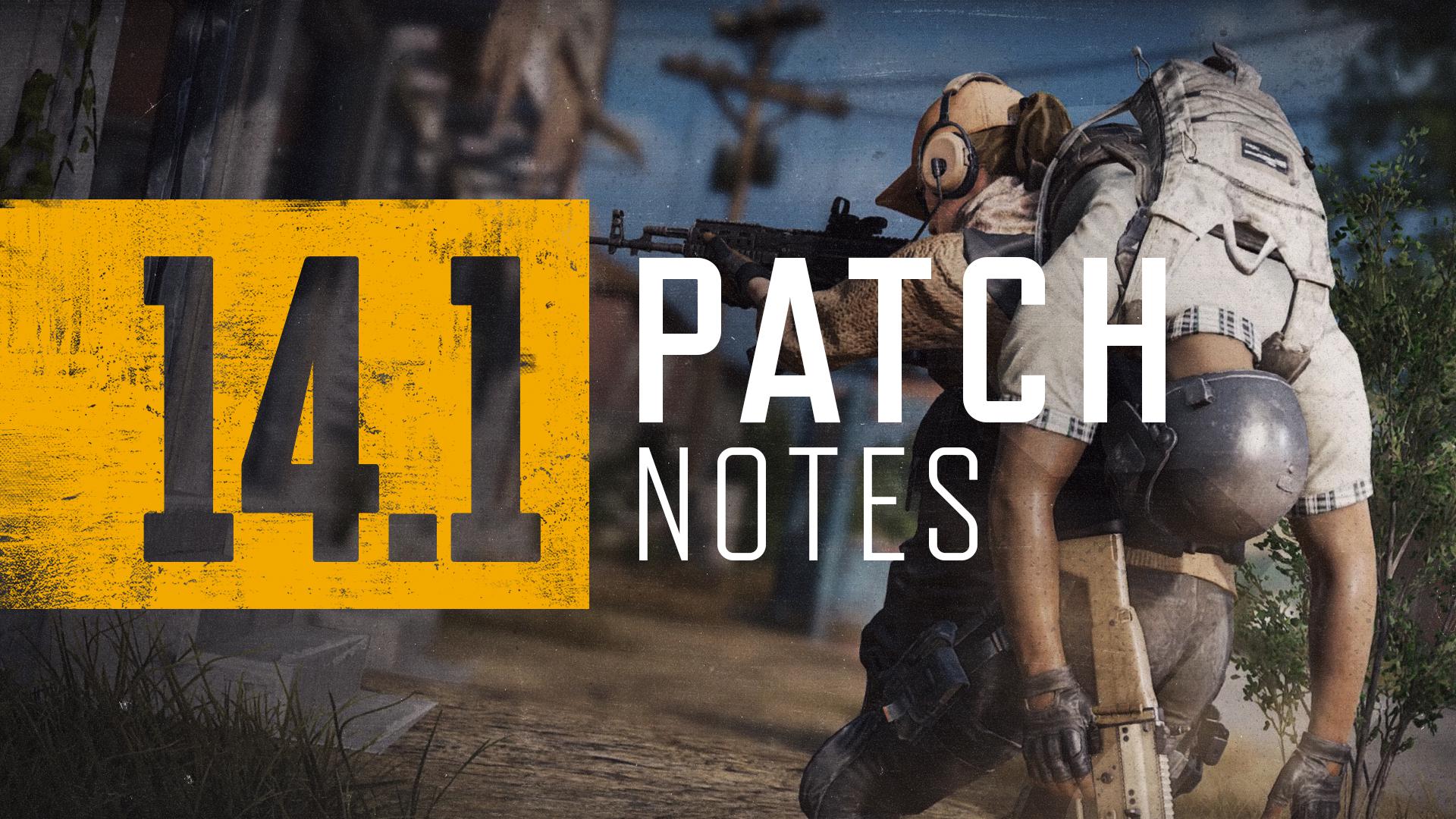 PUBG Corp. has released the PUBG update 1.81 patch this October 14, and this is for update 14.1! Head on down below for the complete patch notes in this huge update.

Hello, Survivors. First up in this update is the ability to pick up and carry a downed survivor. You can now throw them over your shoulders and bring them with you to victory.

Next up, Taego has received a lot of changes. Additional covers are added in some areas, and the terrain has also received improvements. Furthermore, Breakable Pots have items inside so break and loot! Error Space are special new zones marked on the map that can spawn items featured in other Battlegrounds, so make sure to check the map for locations.

In addition, Taego and Paramo have been added to the Ranked. The rulesets have also been changed accordingly, so check out the details below. Many changes have been made to Erangel’s hot place Pochinki, along with the Pony Coupe and Porter, Halloween decor and weather on Erangel, the new Trick-or-Treat Progressive M416, and more, so be sure to check them out below for full details.

Since the introduction of Taego, we have been continuously analyzing the play history to collect information about the overly advantageous areas on the map. As a result, we discovered that some regions of Taego have a relatively high win rate compared to others. After checking the win rate of the most popular combat zones, objects and terrain improvements were made for the areas with a win rate of 75% or more.

Introducing the Error Space, this map exclusive feature to Taego allows players to gather other map-exclusive weapons and supplies to be spawned randomly within these zones.

Error Space zones are displayed randomly on the minimap and will be active until the end of the match, so make sure you head to the Error Space early so you don’t miss out!

Various items are placed in Breakable Pots that are placed all over the map. Break the pot to loot multiple items inside and lead the match to victory. However, be aware that the sound of breaking the pot may expose your location to enemies. You may break the pot by punching it, but a few shots with your gun can come in handy.

We received much feedback on the inconvenient situations that players experienced while waiting for Comeback BR. Therefore, to provide a better overall experience, we have made the following improvements.

We gave high low-end torque and excellent stability in consideration of the rugged and mountainous terrains of Taego for its exclusive vehicles. Also, Taego is very difficult to travel without a vehicle. So we have high top max speeds to prevent them from being destroyed easily from attacks. However, we have listened to the voices of our community saying the top speeds were too fast, so we have reduced the top speeds of the vehicles.

An update has been made to Pochinki, one of the most popular drop points for dropping on Erangel. Until now, it was challenging to escape from Pochinki after early match combat without a vehicle. Also, the surrounding area was made up of fields, which made it easy for the enemies to find you. The following updates have been made to address these difficulties. Last but not least, the quality of the terrain around the map has been improved.

Trick or treat! It’s that season of the year again. To maximize the Halloween vibes, we have finished decorating some parts of Erangel. Knock on the door and shout out trick or treat!

Making its way to the Battlegrounds this update is the new Carry feature. Be the hero your team deserves by risking it all to carry an ally to safety or take a downed enemy on the adventure of a lifetime – before they bleed out, that is.

There are pros and cons to picking up a downed player. For one, they’ll serve as a sort of human shield, guarding you against some incoming fire (pro for you, con for them…), but in return, you will not be able to sprint, jump, crouch, prone or hurdle, so make sure you choose your rescue route carefully. You can still fire while carrying a player, but your options are reduced to hip fire only. As for the carried player themselves, their bleed-out time will be lowered, and they’ll also be able to spot for you, though their visibility will be limited to whichever way you turn them.

The following are the map rotation plans for this update.

As the Taego and Paramo are added to the Ranked, a separate ruleset is set for Ranked Mode.

Season 13 has now wrapped up and it’s time to enjoy your rewards, after a hard-fought season of Ranked. Rewards will be automatically distributed to your inventory upon login at the beginning of Season 14.

Season 13 rewards are granted based on your final end-of-season rank.

We have improved the key guides for vehicle types and actions (ex. Motorcycle – Lean Back) to provide a more accurate and detailed experience.

Safe Area had to be reset every time the monitor was turned on. However, with this update, you can maintain the display status of the Safe Area once it is set up.