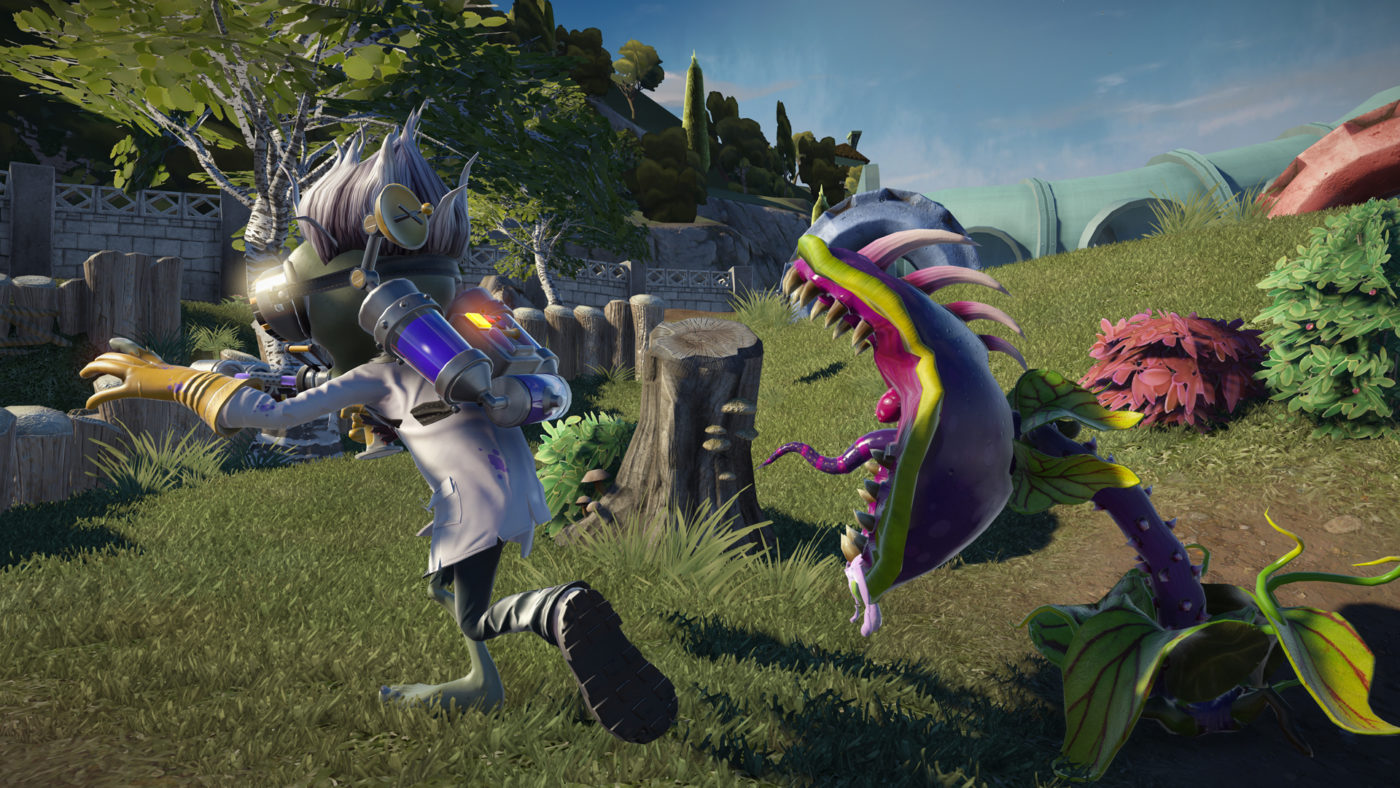 In a recent interview, senior franchise marketing manager for Plants vs. Zombies: Garden Warfare Gary Clay revealed some interesting bits of information regarding the upcoming third-person Xbox One, Xbox 360, and PC shooter.

Clay revealed that despite running at 60 frames per second on the Xbox One, those who plan on playing Garden Warfare’s platform-exclusive split-screen co-op mode will see a drop in frames to 30.

Clay added that the 40-person development team may implement a split-screen co-op mode for the Xbox 360 platform as well, saying, “nothing is impossible. It would take our engineers a significant amount of time to make it work, but we’re always listening to the community.”

Furthermore, Clay went on to say to mention that PopCap has equipped Plants vs. Zombies: Garden Warfare with a extensive customization options and a deep upgrade system which are all showcased in this new video below:

Earning these sweet cosmetic accessories, weapon upgrades, and character models like the future-themed Cactus is as simple as opening a sticker pack in the game store which is earned by accumulating coins. Also, everything you do in Garden Warfare nets you coins, from healing your team mates to killing zombies.

Sticker packs range from 1,500 coins, which will usually contain reinforcements, to the more costly packs that can cost upward of 50,000 coins, containing nothing but character parts, five of which are needed to unlock a new character variant.

Those who don’t have the time to grind out for coins to unlock stuff in Garden Warfare can opt out and purchase coins via micro-transactions, but it should be noted that players can earn on average about 15,000 – 18,000 coins per hour. This number does not reflect the coins earned by jackpots or other bonuses, noted Clay.

He also made it clear that buying coin packs with real money would not turn the game into a “pay-to-win” title. Everything is unlockable through strictly gameplay. In fact, some items can only be unlocked by playing the game.

Lastly, similar to Mass Effect 3’s multiplayer DLC, all future DLC for Garden Warfare will be available for free.

Plants vs. Zombies: Garden Warfare will launch on February 25 for the Xbox 360 and Xbox One platforms, with the PC platform receiving the title at a later date.

Are Open-World Survival Games the Next Big Thing?