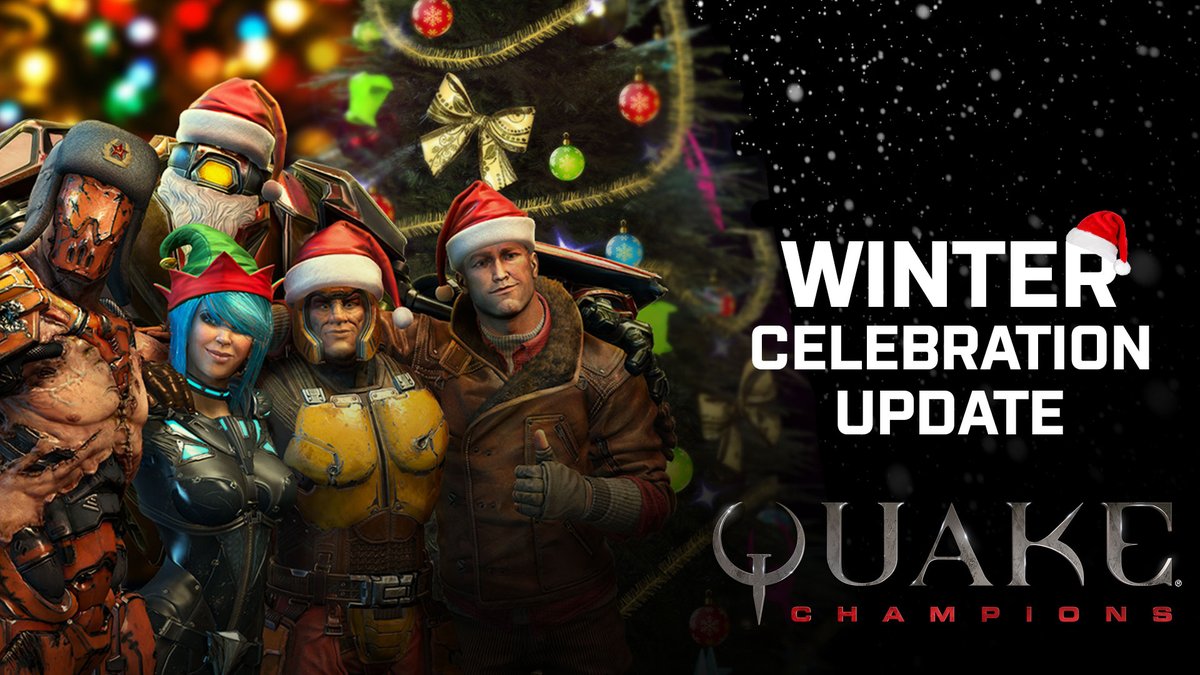 Quake Champions players, there’s a bunch of stuff you’ll want to know about the game ASAP! Not only is there a new Quake Champions patch out now, but Bethesda has also announced the studio’s plans for the game this holidays.

The Winter Holiday has come to Quake Champions! Players who logs in during December and January will receive free rewards! We have a ton of new holiday items, all of which drop from Backpacks, Crates, and Reliquaries. New Winter items include:

Welcome to the arena heavy weapons specialists Lance Corporal Ben Keel, or at least what’s left of him. Brought back to life thanks to cybernetics and power-armor, Keel is armed to the teeth with two shoulder mounted grenade launchers.

Active Ability: Grenade Swarm Keel can store and fire up to 5 grenades at a time. Grenades will bounce off the environment, detonating a few seconds later and inflicting splash damage. Direct hits deal 75 damage per grenade. Each grenade refreshes on a 10-second cooldown.

Passive Ability: Stockpile Keel can reduce his ability cooldown by 5% by collecting any ammo box.

ITHAGNAL DUEL MAP Deep within the Netherworld, past the Peaks of Thok, lies this tower of metal and stone. The vault ghouls whisper that the death-maze of sharp angles could only have been hewn from the solid granite by Koth, the Never-Seen Sleeper In Stone. Prepare yourself for the Vale of Pnath.

Designed for Duel and 2v2 TDM, Vale of Pnath is a highly vertical three atrium arena where players will fight for control of both weapons and stack, using the sounds of heavy metal doors to track their enemies movements. Vale provides fun, hectic, and fast paced action for 2 players, but is also available in Custom Game for Deathmatch and Team Deathmatch.

QUAKE 4 RAILGUN From the weapons depot of Rhino Squad comes the Quake 4 railgun. Mathew Kane brought this beast of a gun back from Stroggos just so you can assess your aim down its scope. How many can you take down in a single shot?

Will you be partaking in this event, Quake fans? Once a new update is out, we’ll let you know.