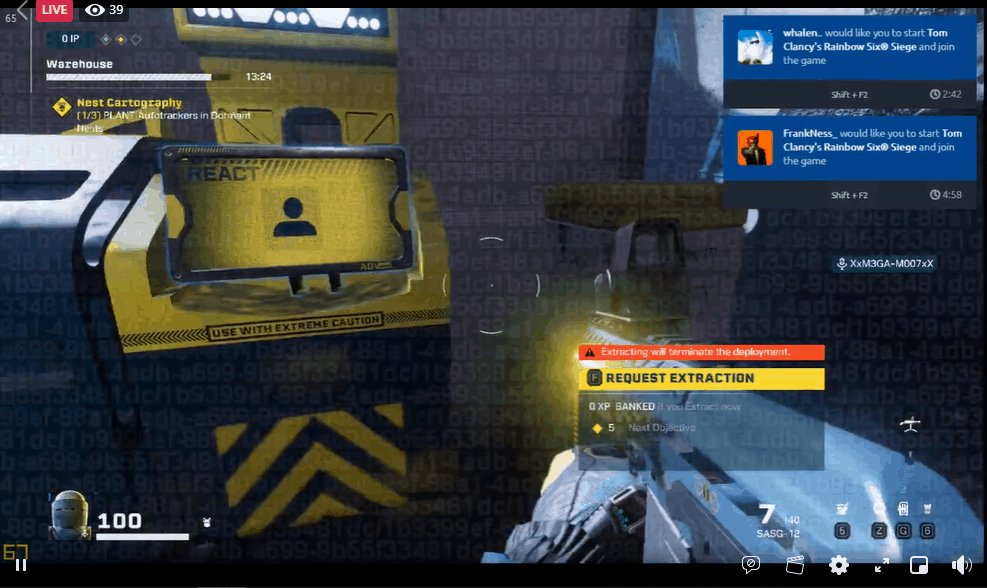 Following our report yesterday that Ubisoft was holding a Rainbow Six Paraiste (also known as Quarantine) tech test this weekend, it seems some people involved in the test didn’t care much for the NDA (non-disclosure agreement) that they signed, as one gamer even streamted Rainbow Six Parasite gameplay!

Check out the gameplay on Facebook Gaming (via WhatIfGaming), where an hour of gameplay footage from the PvE shooter can be seen. There’s also six operators listed below confirmed to be in the game so far, doubt chances are high that this will go up given there’s not a lot of info about the game known currently.

Same as Rainbow Six Siege, Parasite seems to give roles to operators, which means each character has an ability that lets them standout from the pack. One such role is Ela, who’s described as a Stunner/Pusher. Players can also expect your standard weapon customization and more.