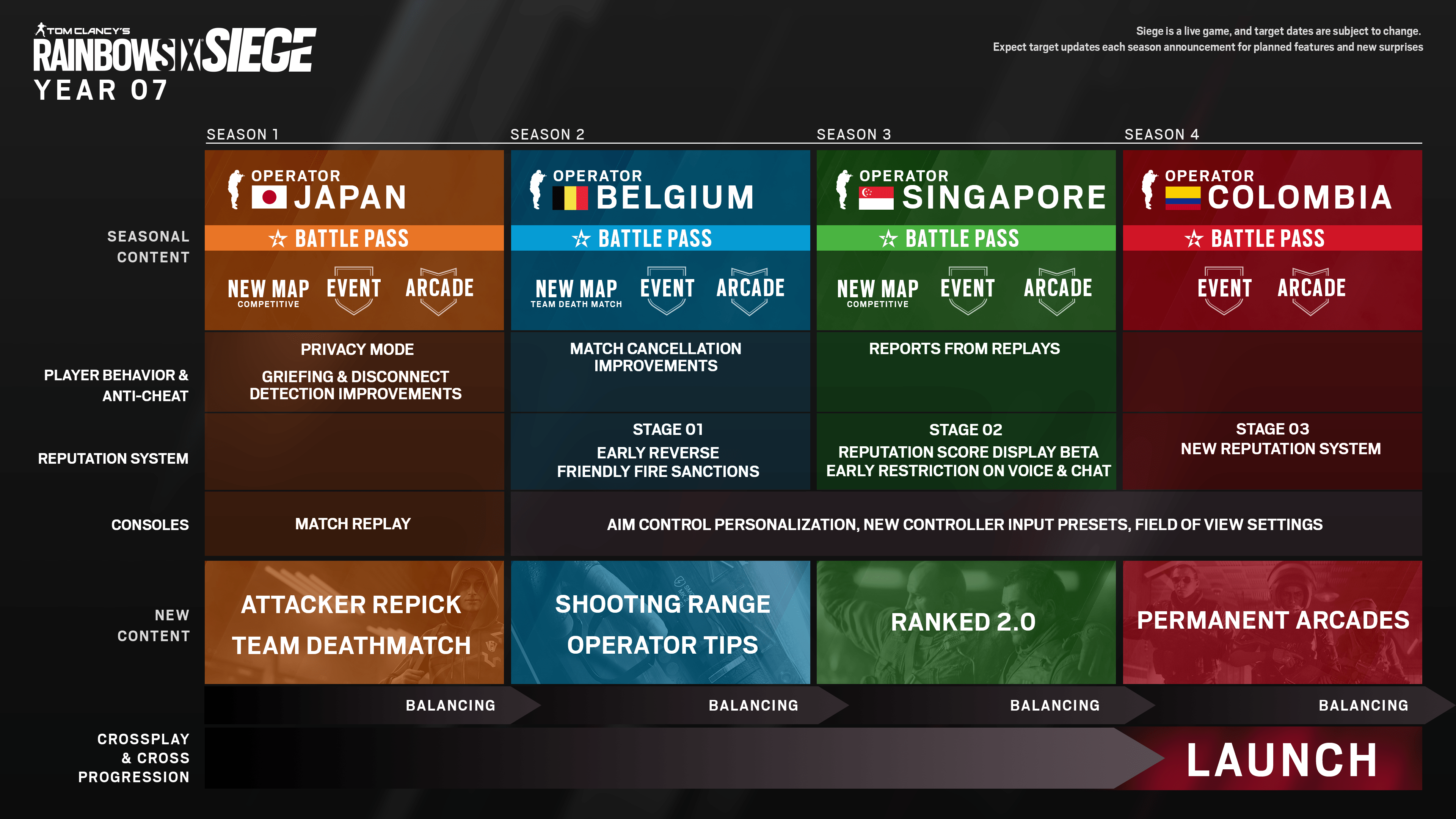 With Ubisoft introducing Rainbow Six Siege players to the Year 7 Season 1 (Y7S1) content drop titled “Demon Veil,” the studio isn’t stopping just there. In a preview event where MP1st was invited, the Rainbow Six Siege 2022 roadmap was revealed, too! Siege players have a lot to look forward to this year, and it’s not just new Operators, but new features, too!

Alongside the image above, the studio has also revealed

In Season 3, players can access reporting options in Match Replay to address harassment in voice and video chat. Season 3 also introduces Reputation Scores for players, which will launch in Season 4 and start deploying rewards and sanctions to block repeat offenders. In Year 7, the development team strives to meet their continued goal of creating a secure and fair environment.

To better introduce new players to Rainbow Six Siege, Year 7 adds a Shooting Range: playable spaces to practice, train, and experiment without the pressure of a match. Another onboarding tool, Operator Tips, will let players get to know each Operator, their gadgets, and any tips that might be helpful for Attacker or Defender strategies.

BALANCING AND PLAYLIST UPDATES
The development team will continue reworking several Operators this year including Zero, Bandit, Dokkaebi, and Thatcher. Year 7 will add Team Deathmatch and Arcade permanently to the playlist, as well as revamping the Ranked experience to reflect a player’s progression better.

Alongside the details shared via the press release, Ubisoft has confirmed that crossplay and cross-progression is being added “near the end of 2022.”

Once we know the exact release date of Y7S1, and the other features deployment schedule, we’ll let our readers know.

Update: Ubisoft has reached out to let us know the Year 7 Pass is $30 and not $40 as originally mentioned in the press release. Article has been updated accordingly.

Elden Ring Overview Trailer Gives Us an Idea of What Awaits