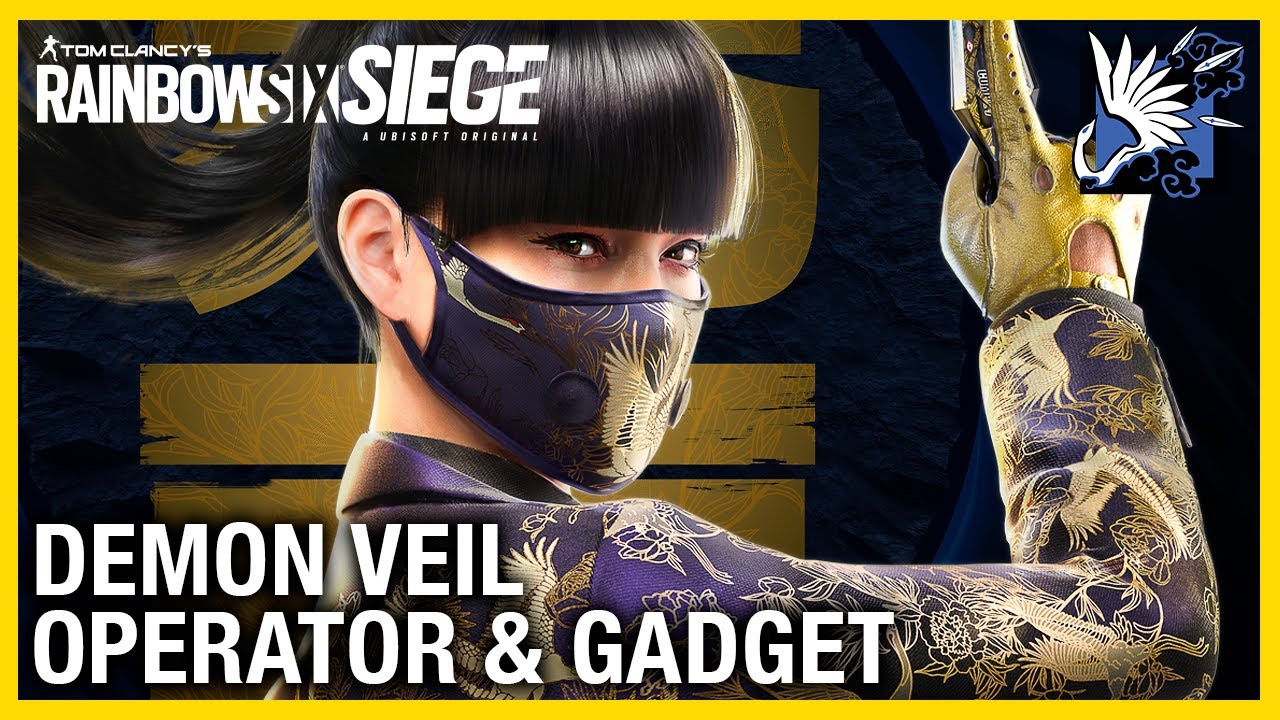 Check out the CGI trailer reveal for Azami, alongside the other official details straight from the press release!

Azami: an enigmatic new Defender – equipped with the Kiba Barrier gadget, her throwable canisters deploy an expandable material that solidifies into a bulletproof surface, providing fast cover. Azami’s gadget allows her to quickly repair holes in walls and floors, creating for a more mobile and versatile defensive approach. Azami is a medium speed, medium health Operator, and her loadout features a 9X19SVN or an ACS12 as a primary weapon and a D-50 as a secondary weapon.

Alongside Azami, a new map arrives mid-season for the first time in Siege in three years! It’s called “Emerald Plains” and it is set in a modern country club that will have players learning a new level and its intricacies.

Attacker Repick arrives in Year 7 Season 1, allowing Attackers to change their Operator and loadout during the Preparation Phase. The change aims to bring more impact during the Preparation Phase by allowing Attackers to use the intel gathered and adjust their strategy. In addition, the match header has been updated to help make informed decisions when changing their Operator or loadout. Attacker repick is available for all game modes in the Quick Match, Unranked, Ranked, and Pro League playlists.

Players can also expect a permanent Team Deathmatch mode in Y7S1, as well as Match Replay for console players (this has been available to PC players since 2020). As for Operator balance changes, Ubisoft has confirmed that Goyo and Valkyrie will see tweaks, and an Elite skin for Nomad is coming, too.

Finally, Rainbow Six Siege’s Y7S1 will also introduce the “Incentive Program:” when players report issues on R6Fix and have their status reach “Under Investigation,” they will receive one reward per season, determined by the highest severity issue out of all their reports. Players on both the Test Server and the Live Server can report issues and have a chance to receive each season’s reward during the following season’s Test Server.

We have more to share regarding Demon Veil thanks to Ubisoft’s preview event, which we’ll be posting later today, so stay tuned!

Horizon Forbidden West: A Look at How the Decima Engine Has Evolved Graphically