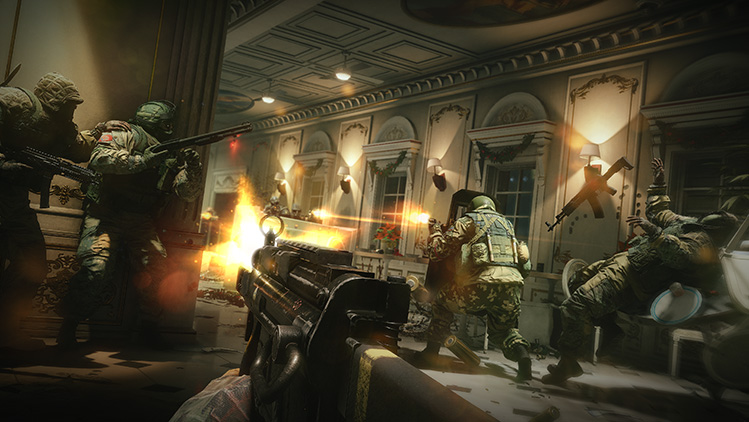 Regardless if you’re a veteran or newbie Rainbow Six Siege player, there’s always some spoilsports and assholes that make playing the game a less than pleasant experience. This hasn’t escaped Ubisoft as the studio has posted a developer update regarding Rainbow Six Siege toxicity.

According to the studio, this is a priority that the studio will be “focusing on a team over the next few years,” with the end goal to track negative player behavior, and implement features that will encourage players to improve on their negative behaviors.

There are some short-term changes planned which will have an immediate impact like team killing, chat filtering and more. Read up on the details below as well as when they’re expected to roll out.

We are currently tracking the frequency at which racial or homophobic slurs are used by individual players, and will be applying bans with increasing severity on a case-by-case basis.

This is clearly outlined in the following section of the Code of Conduct:

The bans for this will fall within the following durations, depending on severity:

*Please note that this is not a strict progression of bans. Particularly egregious offenders can be permanently banned without a warning, 2, 7, or 15 day ban being applied beforehand.

We want to put more power in our player’s hands to manage their own online experience. As such, giving you direct control over communication channels is important. We are working on allowing players to mute players individually for each player in the game. For example, you can mute the text chat of player A, the voice chat of player B, text and voice for player C, and neither for player D.

Our team is working on the creation of an automated system that will censor text chat in game based on a chat filter list. This will replace words that have been identified as offensive and provide players with a notification that their language was found to be unacceptable. We will also be tracking the number of times players trigger this filter and will take action as necessary for players that are intentionally having a negative impact on other player’s gaming experience.

Intentional team killing is an issue in Rainbow Six, and our current method of addressing it is being improved. The goal is to track long term offenders across multiple games and sessions that slip through the cracks of our current team kill detection system. We cannot provide too many details on this, as it will lead to exploiting.

These short-term changes will begin to address toxicity, but we do not plan to stop there. We are serious about tackling the issues surrounding the potential for a negative player experience, and we will share any further changes with you prior to their implementation. We are interested in hearing your thoughts, and gathering your feedback! Please jump into the discussion on the subreddit and let us know what you think.

Don’t forget, Ubisoft has rolled out an update that targets hate speech users already, so this is an issue that the dev team is very much aware of.

Overwatch Retribution Coming April 10, Will Be a New 4-Player Event