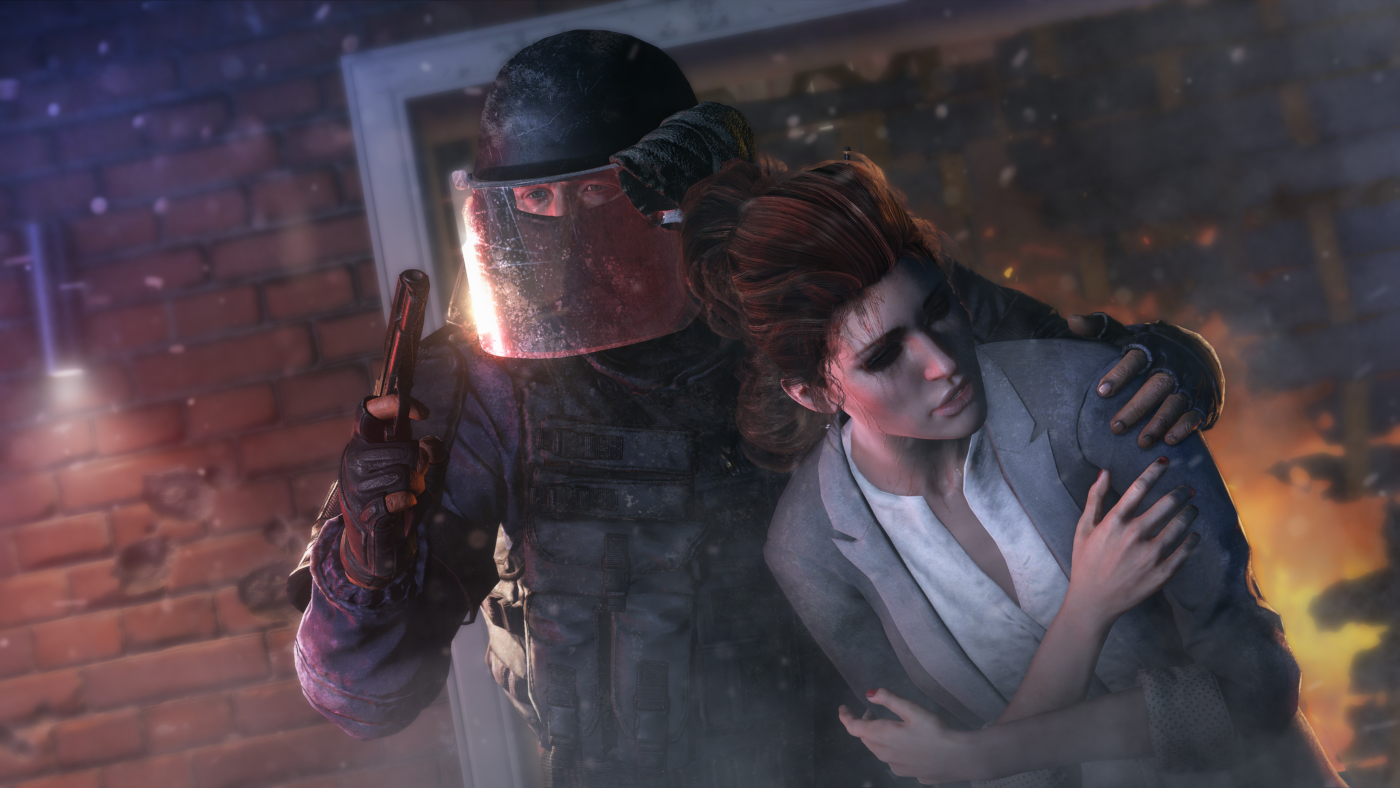 In Rainbow Six Siege, Ubisoft hopes that the no respawn rule always in effect will change the way you think about playing modern first-person shooters. No game mode demonstrates that better than Siege’s Hostage Rescue, which, so far, is the only mode the studio has put on display for fans anxious to see the return of the classic tactical shooter.

In Hostage Rescue, the hostage is, naturally, the focal point of the match. But, what happens when players ignore the objective all-together and end up playing the mode like a game of Team Deathmatch? According to Ubisoft, it is often the case, but isn’t really an issue.

“A round ending in TDM isn’t necessarily a bad thing,” said Game Designer Chris Lee in a recent blog entry on the studio’s official website. “The hostage (or any objective) is there to provide areas of interest for firefights to happen. Players naturally gravitate towards the objective because of the incentive/threat. As soon as they close in on him or her, the tensions rise and everyone acts more carefully. The fact that the hostage isn’t being extracted all the time isn’t really an issue for us.”

That said, the studio admits that the “defending team not seeing the hostage as a threat, and thus roaming free around the map,” can be an issue that developers hope to address with two methods: making hostage escort and extraction easier and improving the game’s interaction system.

Lee touched on the importance of having a singular and meaningful objective in a game like Siege.

“Usually, other games go around the issue by having two objective locations separated out. In Siege however, we want to create a strong fortified area as a point of interest. When you have multiple objectives, the siege isn’t as strong since the defenders are forced to go all in in one location or spread out too thin.”

Later in the blog, Ubisoft promises new game modes in the future “with multiple objective locations that fits easier with the no respawn rule in effect.”

“We want to put you in the position of actually caring about what you’re trying to accomplish and working with your team for something bigger than any individual,” says Ubisoft.

Rainbow Six Siege is aiming for release on Xbox One, PlayStation 4, and PC next year.