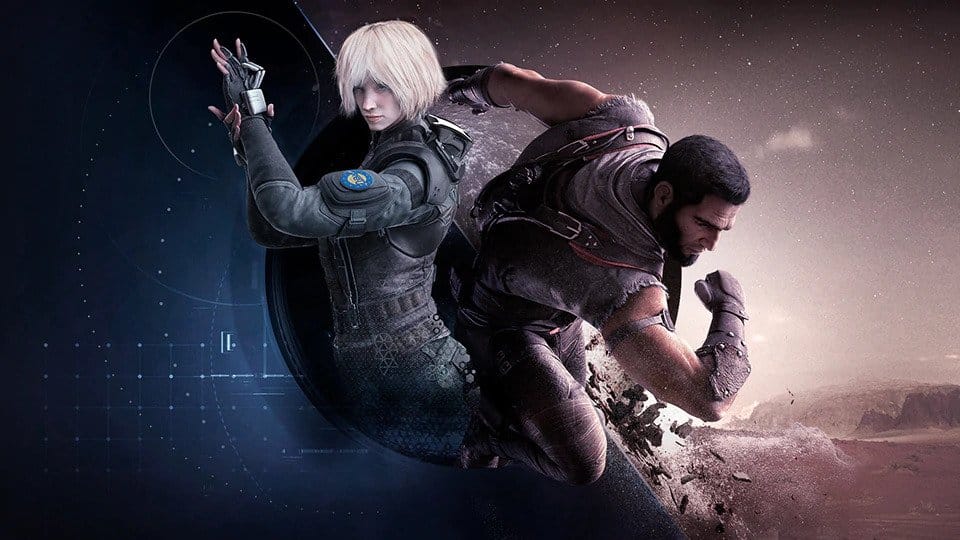 The map reworks keep coming, and with Operation Void Edge, Oregon gets its turn. With this one, big changes come in small packages, so you’ll have no trouble recognizing the map while you adapt to the balancing.

With an updated look, most areas are more open and structured, but there are also new points of access and rotation. Big Tower now also connects directly to Kitchen on the first floor thanks to the Kitchen Corridor, and a new area in the basement called Freezer leads to the first floor with the Freezer Stairs.

Other access point changes include the removal of the door between Kitchen and Bathroom Corridor (now called Security Corridor), as well as the one leading into Dining Hall from the outside, which is replaced by a connection between Dining Hall and Small Tower. Attic has also changed, opening into Dorm Main Hall with a doorway, but losing its ladder down to Meeting Hall.

All of this serves to make rotations easier and safer for both Attackers and Defenders. Stay alert though, as many more breakable walls have been introduced all over the map.

There are a few more things to take note of when learning the ins and outs of this new iteration, but most notably: the Tower bomb site has been replaced with the new Meeting Hall and Kitchen alternative.

One of the more impactful changes to note this season is how we approached the behavior of barricade debris. Previously, when partially breaking barricades, there would be a piece of debris that could get stuck in the remainder of the barricade and since this is done client-side, it could put a player at a significant advantage toward their opponent, due to a line of sight being blocked for one player but not for the other.

To avoid this situation and the frustration that comes with it, partially breaking a barricade with a weapon or a melee hit will now create much smaller debris. Additionally, when completely destroying a barricade, the behavior of the debris is improved to minimize occlusion caused by stacked debris on the top of a window sill and the base of a door frame.

Attackers drone spawn is not random anymore. When playing on attack, your drone will now always spawn on the same side of the building as the one you first chose your operator to spawn from. We expect this change to simplify orientation for new players and to give more control on droning to veterans and organized teams. You can still change your operator spawn point afterwards, based on the intel you gathered during the prep phase.

On the menu side of things, the Play Section is getting revamped. The new, reorganized look is meant to makes things easier for you when choosing a Playlist to queue, and the new Playlist Guides will help you understand what every one of them entails.

Lesion was in need of some balancing, and with Operation Void Edge he gets just that. He will no longer be able to see his GU Mines through obstructions of any kind, or from a certain distance. Most importantly, though, when an opposing Operator steps on a GU, there will no longer be any initial damage, giving them time to take it out before it becomes a problem. However, we have increased each tick’s damage from 4 to 6. Finally, downed operators will not take any damage anymore from Gu Mines, triggering them to no effect.

Twitch is also getting some changes. Her Shock Drone will now start with three shots, but it will have a cooldown system similar to Echo’s Yokai drone. Its firing power has also been reduced to 1 point of damage. All this serves to turn Twitch’s focus to Defenders’ utility, while keeping her drone relevant over the duration of the round.

This season’s first Elite set is a special one. Ash is not in the habit of exploring old, decrepit ruins, but occasionally she’ll don the identity of Lara Croft, and she’ll do the work that entails: jumping headfirst into danger for the greater good.

Explore every corner of every map with Ash’s Tomb Raider uniform, headgear, victory animation, gadget skin for her M120 CREM Breaching Rounds and Launcher and weapon skins for the G36C, R4-C, M45 MEUSOC and 5.7 USG, as well as the Elite Ash Lara Croft charm, all of which will be available soon after the launch of Operation Void Edge.

Three new seasonal weapon skins will be available this season, each with their own unique style

First: the sleek Saber Carve, influenced by the historical weaponry of Oryx’s region of origin.

And so, our fifth year of Siege is about to kick off. If you want even more content, the Year 5 Pass is for you!

The Year pass includes access to 6 new Year 5 Operators and 6 new exclusive headgears and uniforms for them, as well as multiple exclusive customization items. You’ll also get the same VIP perks as always.

As a thank you gift to Year 4 Pass owners who renew their Pass for Year 5, we also offer 600 R6 Credits, as well as 2 Legendary and 3 Epic Alpha Packs.

As part of our continuous efforts against in-game toxicity, we are introducing the ability to select more private chat channels for live games.

Chat will be set to ‘Team Only’ by default with this update, but players can select to see All or No Chat via their in-game settings (this option has no impact on the Custom Games).

Our data consistently shows that a very high percentage of Abusive Chat reports are from cross-chat. Currently, in Ranked, Unranked and Casual, close to 85% of reports for Abusive Chat are made against a player from the opposing team. Our aim is to make games a more welcoming experience, and return the focus of the in-game chat to strategic team-based communications.

As we’ve seen improvements in connection and server stability, we’ll be re-activating the escalating abandon penalty for ranked and unranked.

To improve the Rainbow Six Siege onboarding experience, we’re re-assigning Recruit on a mission to lead and guide our new players. In Y5S1, recruit will have pre-set loadouts for ATT and DEF instead of CTU based loadouts. This will help ease the learning process and make recruit an ideal pick for new players familiarizing themselves with Siege.

Warden’s Smart Glasses will now run on a charge system and can be activated long as there is more than 20% left of his charge left. Activation lasts 10 seconds and needs 10 seconds for a full recharge.

We’ve improved how explosives interact in corners where there is both a hard and soft wall.

We’ve improved how explosives interact in situations where an indestructible object like a beam can block destruction damage on nearby soft walls.

Attackers will now have the option to stay in drone observation tools even when Prep Phase ends by selecting the “Drone after Prep” option in the Options Menu.

Attacker drone spawn is now no longer random. Attacker drones will now always spawn on the same side of the building as your first selected spawn point. This change will give attackers more agency and coordination during prep phase, as well as help simplify orientation for new. You can still re-select your spawn point afterwards based on intel you gathered during the prep phase.

Players will receive notifications when a player they have reported has had an action taken against them.

To consolidate and reduce the overall game size, we have made some more improvements with restructuring how game data is stored. This means the season patch will be larger than normal.

Situations and Tutorials can now be found in the new Learning Area section.

The Learning Area is a new section that groups all learning-focused content in one place for easier navigation and better accessibility. We’ve also added new Learning Tips for beginners in the Learning Area to help new players ease more quickly into the Rainbow Six Siege experience. These tips will rotate automatically but players can scroll through the tips themselves as well.

After the last buff to her Scorpion EVo3, we saw players primarily picking only the Scorpion and an overly large increase in her win-delta and pick-rate. We also observed Ela’s K/D and K/R ratios jump much higher than what we would like to see from a healthy balance change. While we still want to keep her Scorpion fun to play, our primary focus is to keep her balanced.

These changes are aimed at scaling back some of the changes made in Y4S4.3 and tweaking her EVo3 to be at a more appropriate power level closer to what we had in mind

As you can see from the addendum notes, the Clash exploit has been fixed (finally). Don’t forget that Ubisoft Montreal is shaking things up in terms of how it rolls out content in each season and year! Read up on that here.