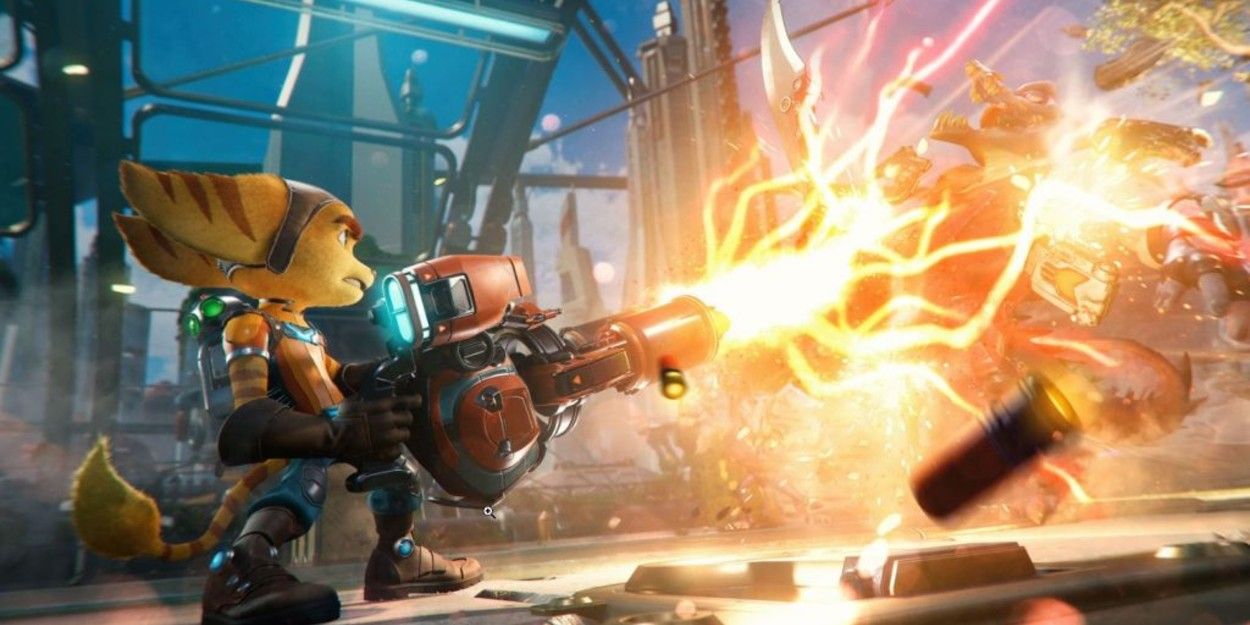 Prepare to cross dimensions and arm yourself with the best kind of stuff to deal with enemies, as Insomniac Games released a Ratchet & Clank: Rift Apart Weapons and Traversals Trailer — which gives a snake peek at the tools of the trade players can use!

Here’s an overview of what these weapons and traversals are and what to expect from the game.

True to the Zurkon name, Jr. is leading off our celebratory blowout with a literal bang by discussing his favorite topic: weapons and traversal! As you’ve come to expect from the franchise, Ratchet & Clank: Rift Apart features our signature roster of powerful weapons, including classics like the cutting-edge Buzz Blades, to new destructive tools such as the Blackhole Storm and Negatron Collider. We’re also amping up immersion by using the unique features of the DualSense wireless controller: pull the adaptive triggers all or halfway for specific weapons to unleash alternating shots of devastation, feel the force behind every blast through the controller’s haptic feedback, and hear the clicks and ticks of your weapons via the built-in speakers.

Rivet shows off the Phantom Dash in all its stylish glory

In addition to Ratchet & Clank: Rift Apart’s staggering arsenal of weapons, we’ve also given Ratchet — and by extension Rivet, some new moves to use in and out of combat. Use the Rift Tether to transport yourself across battlefields, or activate the Phantom Dash to safely dodge and phase through incoming enemy attacks. But rather than me telling you what’s to come, I’ll let Jr. show you in our weapons-focused episode of Zurkon Jr.’s Almost Launch Party.

If you’re gearing hard drive space for Rift Apart, here’s the download size and how big the game will be on the PS5.