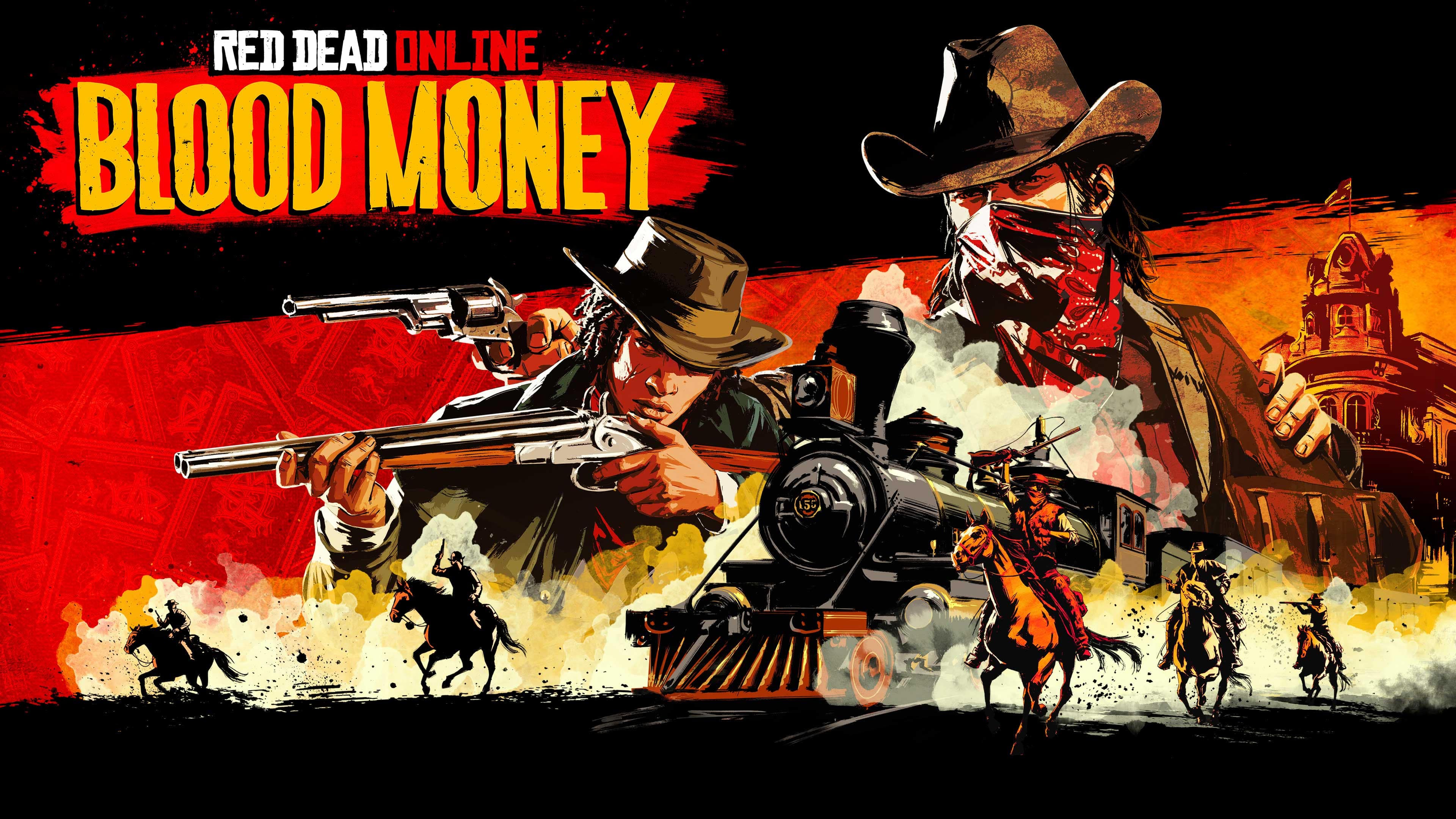 As promised by Rockstar Games, the Red Dead Online Blood Money trailer is here, and there’s a lot of info included alongside it! Ready? Check out the details via the press release sent out today.

Out July 13, here’s what players can expect:

BLOOD MONEY
There are whispers in the alleys of Lemoyne’s capital that Guido Martelli — right-hand man and underboss to the infamous Angelo Bronte — needs gunslingers of strong constitution. Martelli is seeking to recover a valuable commodity known as Capitale. Originally devised as a unique system of exchange for more sensitive business dealings away from the watchful eyes of the taxman, it’s since ended up in the hands of nearly every lowlife across the five states. Now, Bronte and Martelli want it back — if you can find and return it, Martelli will reward you with access to more worthwhile criminal opportunities.

Martelli is purely focused on results — entry into this world of more civilized crime requires nothing beyond a trusty sidearm and the willingness to use it, and no upfront investment is required.

Martelli has entrusted some of The West’s most reprehensible soldiers of fortune with leads on where you might find Capitale. Visiting these contacts will reveal an entirely new type of work known as Crimes. Crimes will range from cloak-and-dagger coach holdups to multi-stage robberies — including kidnapping, brutal debt collections, and more.

Embark on Crimes either as a lone gun or with a full Posse of cutthroats alongside you. During each outing, keep a keen wit and search high and low for signs of Capitale to return to Guido Martelli — including from hidden chests or on the remains of those who’ve crossed your path. As you traverse the plains in Free Roam, you may hear of unlocked Homesteads and vulnerable Camps, ripe for the picking and begging to be relieved of a Capitale stash.

Accumulating enough Capitale for Guido Martelli will reveal Opportunities. These are dispatched by Martelli in a scheme to stifle a rising Lemoyne senator who is disrupting Bronte operations throughout the region. Each Opportunity can reveal various approaches to the task at hand — listen into nearby conversations or look out for important targets to uncover new paths to completion and weaken the politician’s position by bringing each of the three Jewels of the West to Martelli. The first of three Opportunities is available on July 13, while two more will unveil themselves in time.

The Quick Draw Club is a series of four distinct rapid-fire passes, arriving in consecutive installments over the coming months. Purchasing each membership entitles you to rewards, bonuses, and items to help live life on the fringe of the law — starting with Dutch’s outfit, The Redcliff. With each consecutive pass you purchase, you’ll earn additional perks and rewards for continuing the journey.

Each pass will cost 25 Gold Bars, all of which you’ll earn back by completing the Pass’ 25 Ranks. As an added bonus, players who purchase all four passes will receive the upcoming Halloween Pass 2 for free.

In response to your feedback, the Skill and Satchel Pamphlets previously released via the Outlaw Pass — such as unlocking the ability to Fast Travel from a Wilderness Camp — will be placed on general sale at the Fence.

Also mentioned by Rockstar, over the “coming weeks and months,” some of the clothing items from Outlaw Pass No. 2 and No. 3 will return for players who were unable to obtain the items.

Once the title update is out next week, we’ll let out readers know ASAP.