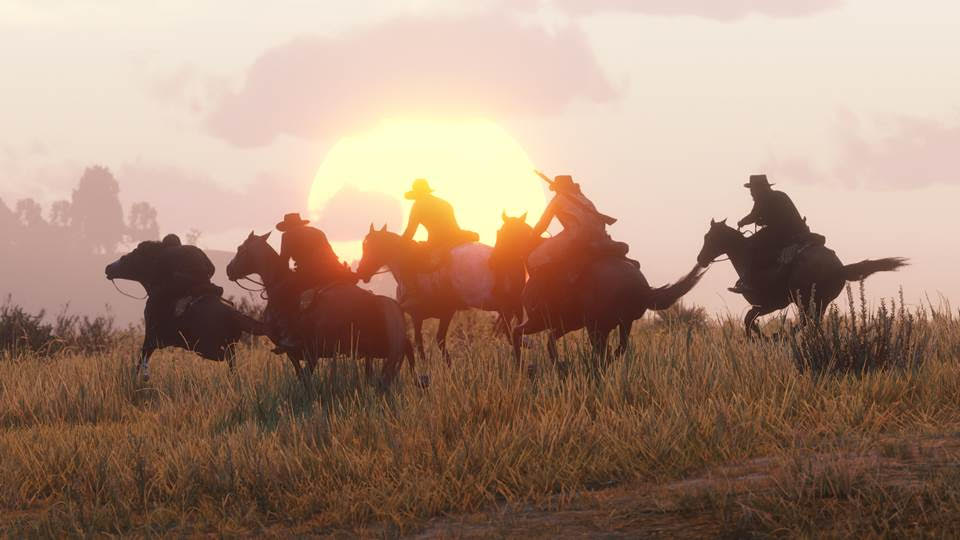 In case you didn’t know, Red Dead Redemption 2’s online multiplayer component, Red Dead Online, is now live! Well, for a certain group of people, anyway. While the patch is already available for download that will usher in multiplayer, not everyone can play just yet.

In a press release, Rockstar Games mentioned who gets in today, what game modes will be available and lots more.

According to Rockstar. the world of Red Dead Online will be a “continually expanding experience,” where players can set up their own Camp, go on co-op story-based missions, go head-to-head in competitive matches and more. Before anything else though, you’ll be asked to create a character first.

In Red Dead Online, Honor will play a huge role in the mode, and will be based on your decisions and what you do within the game world. Not only that, but certain missions will be tied in to our honor state as well.

Free Roam Missions
Head over to the Stranger icons throughout the map alone or with your Posse to embark on Free Roam Missions. You’ll see some familiar faces along the way, and these missions can vary based on how noble or nefarious you are – for example, an honorable gunslinger may be asked to help escort a convoy, defending it from attacking gangs or even other players’ Posses, whereas a dishonorable outlaw may be asked to help spring a felon from the law.

A Land of Opportunities
Honor also plays into this deeper cooperative strand for two to four players that we will continually build upon. In A Land of Opportunities, you’ll be faced with a multi-part series of missions, with some parts changing as your honor changes on a larger journey to seek truth and justice, or revenge.

Curious what the Red Dead Online game modes are and what you can do with them? Here you go:

Enter one of the Showdown Series Markers for fast matchmaking into a variety of modes:

Shootout & Team Shootout
Classic gunfight modes with unlimited lives. Compete to rack up the most kills before the timer runs out. Sudden death will trigger in the event of a tie: whoever gets the first kill wins.

Make it Count
A true test of resourcefulness in two game modes: use nothing but a bow and a handful of arrows or throwing knives to be the last one standing. With a gradually shrinking player area, there’s nowhere to run.

Most Wanted
A tactical race to the top. Every kill pushes you up the scoreboard, but watch out: the closer to the top you are, the more points everyone else gets for killing you.

Hostile Territory
Work in teams to control the land. Capture a territory to start racking up points: the team with most points wins – or you can win outright by capturing every territory.

Name your Weapon
Demonstrate your personal specialty in this free-for-all or team based match: the trickier the weapon you use to land the killing blow, the more points you get.

Lastly, Rockstar lists down what’s next for the mode, and where to report feedback.

Stay tuned to MP1st for more Red Dead Online news! Make sure to check back soon for our hands-on impressions of it as well.