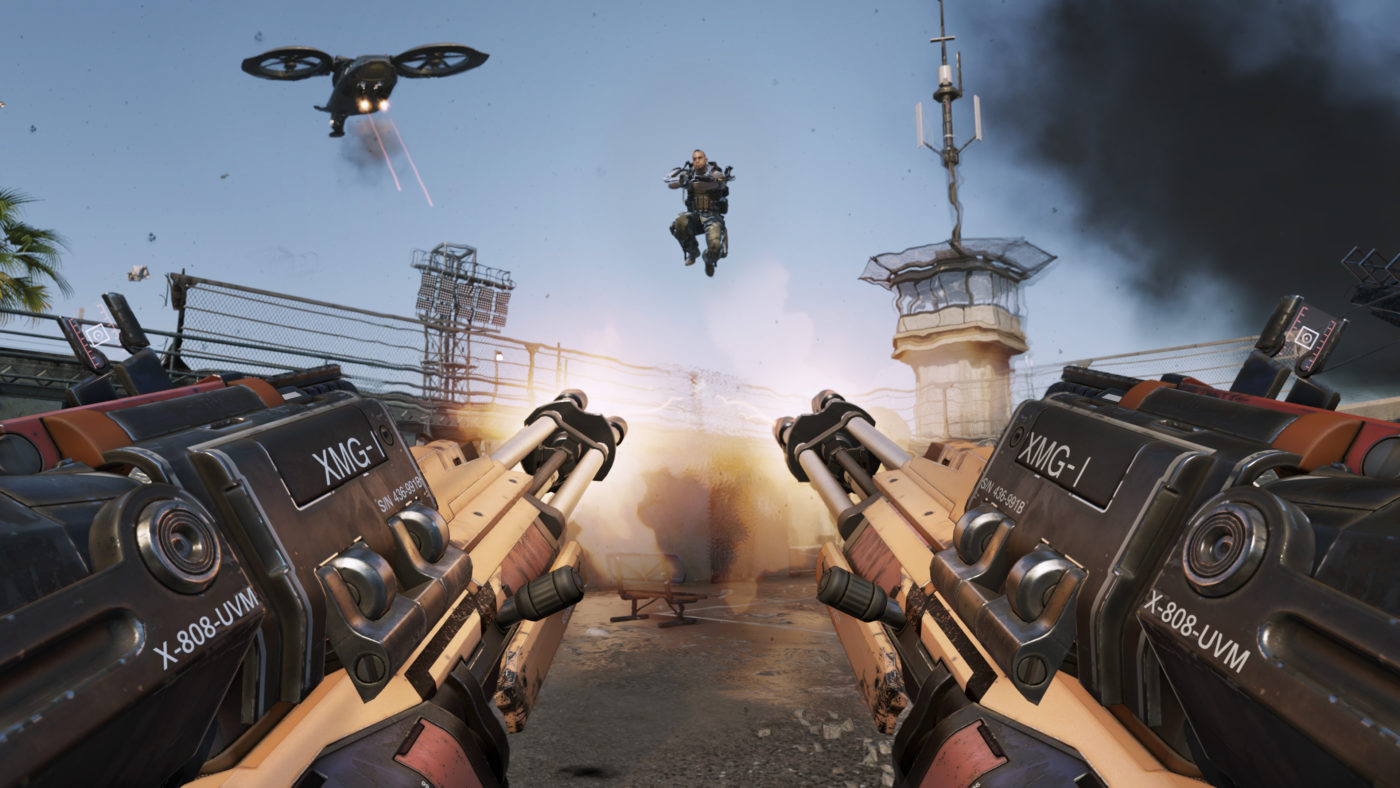 Call of Duty YouTube personality TmarTn shared the details in a video that you can catch above. The info originates from an Advanced Warfare live stream by a user known as Anfuny29 who was broadcasting gameplay from an early copy of the game. His stream and channel were eventually shut down, so we don’t quite have our hands on any footage.

According to TmarTn, the DNA Bomb is a 30 Gunstreak, meaning it can only be attained by achieving 30 kills with your weapon in one life. Unlike Modern Warfare 2’s Tactical Nuke or Modern Warfare 3’s MOAB, the DNA Bomb doesn’t end the match and only kills enemies on the opposing team. Interestingly, once detonated, it also leaves behind a green mist that spreads throughout the battlefield but eventually dissipates. Its effects are unknown, however. Like the MOAB, it appears that the DNA Bomb is not selectable and can be detonated by anyone who earns a 30 Gunstreak.

Other interesting tidbits from the live stream include an option in Advanced Warfare to turn “Paintball Effects” on and off and what looks like a confirmation that there is no rumored “4th mode” in the game.

Call of Duty: Advanced Warfare’s launch is just over a week away, so hang tight. The Day Zero Edition drops on Xbox One, PlayStation 4, Xbox 360, PlayStation 4, and PC on November 3.