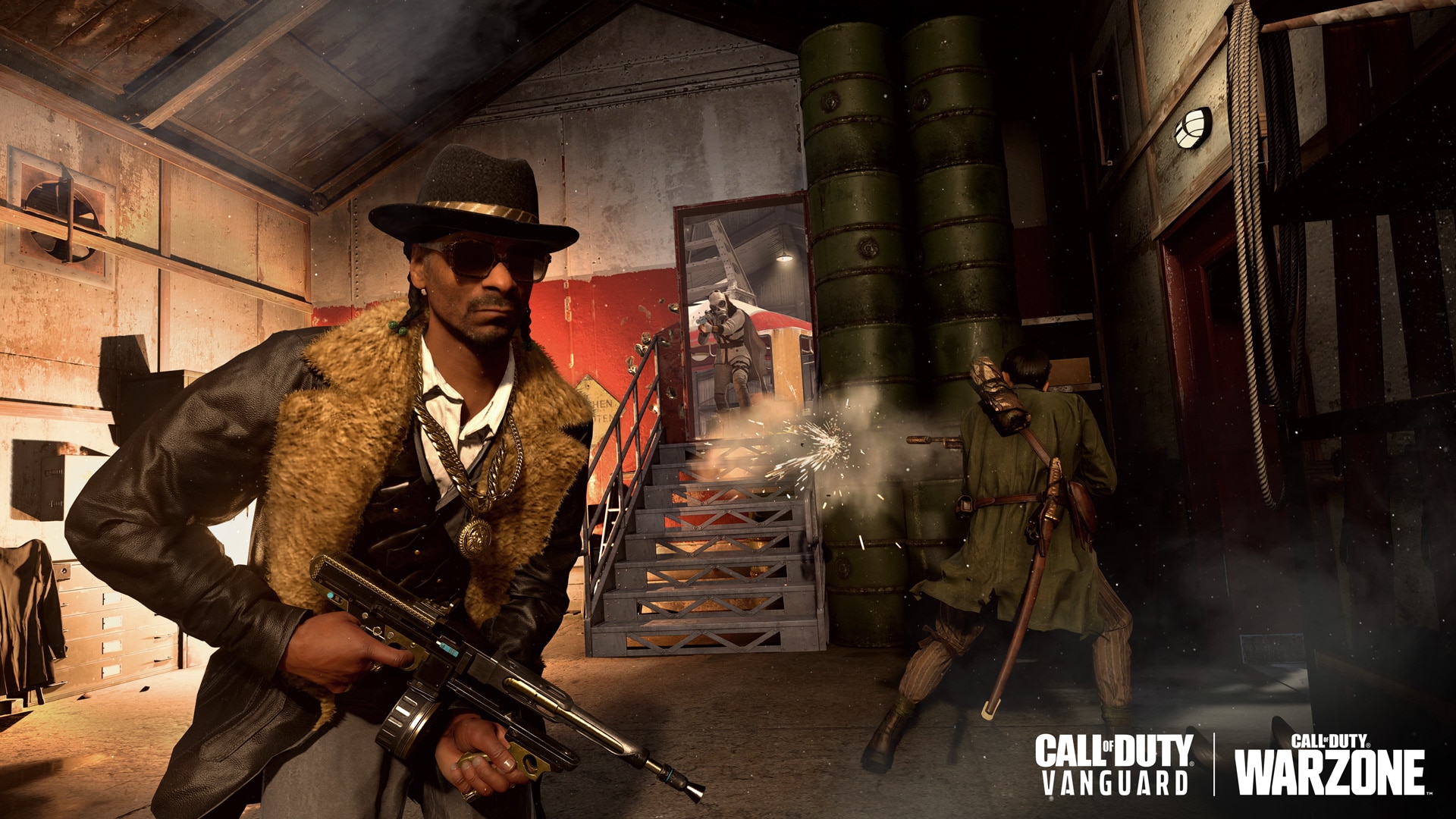 Ahead of their official release tomorrow, the COD Warzone and Vanguard Snoop Dogg skins have been leaked, showing off the legendary rapper’s swag in-game! In the official side of things, however, Activision has also unveiled a new trailer for Snoop Dogg as he makes his way to COD Vanguard and Warzone.

First up is the Snoop Dogg skins for COD Vanguard and Warzone, which were leaked over on Twitter:

Since I am so very lazy, I'll just use Greyhound for this

I don't take credit for these pics since anyone can do this pic.twitter.com/iDvueXTfbn

he looks quite the sex pic.twitter.com/Fqdj3cijAI

Reality, the same user who leaked the skins, also compiled a couple of voicelines for Snoop in-game:

Image of the bundle in the store was also shared by DannyOnPC via Twitter:

Meanwhile, Activision on their side also released a new trailer to celebrate Snoop Dogg joining the fray of Vanguard and Warzone tomorrow. Check it out below:

Tomorrow, Snoop Dogg is dropping in like it's 🔥 pic.twitter.com/c6YhYZbNgE

If you’re fishing for more information on Snoop Dogg’s bundle packs for the game, check out a rundown of them here.

The Warzone and Vanguard Snoop Dogg Operator Bundle will include ten items — three exclusive to Vanguard — and a full Operator progression track. Rewards across these 20 levels of Operator progression include Weapon XP for Snoop’s preferred weapon from Vanguard, three alternate outfits, and other cosmetic items.

Stay tuned here at MP1st for the complete patch notes once this latest update is out!