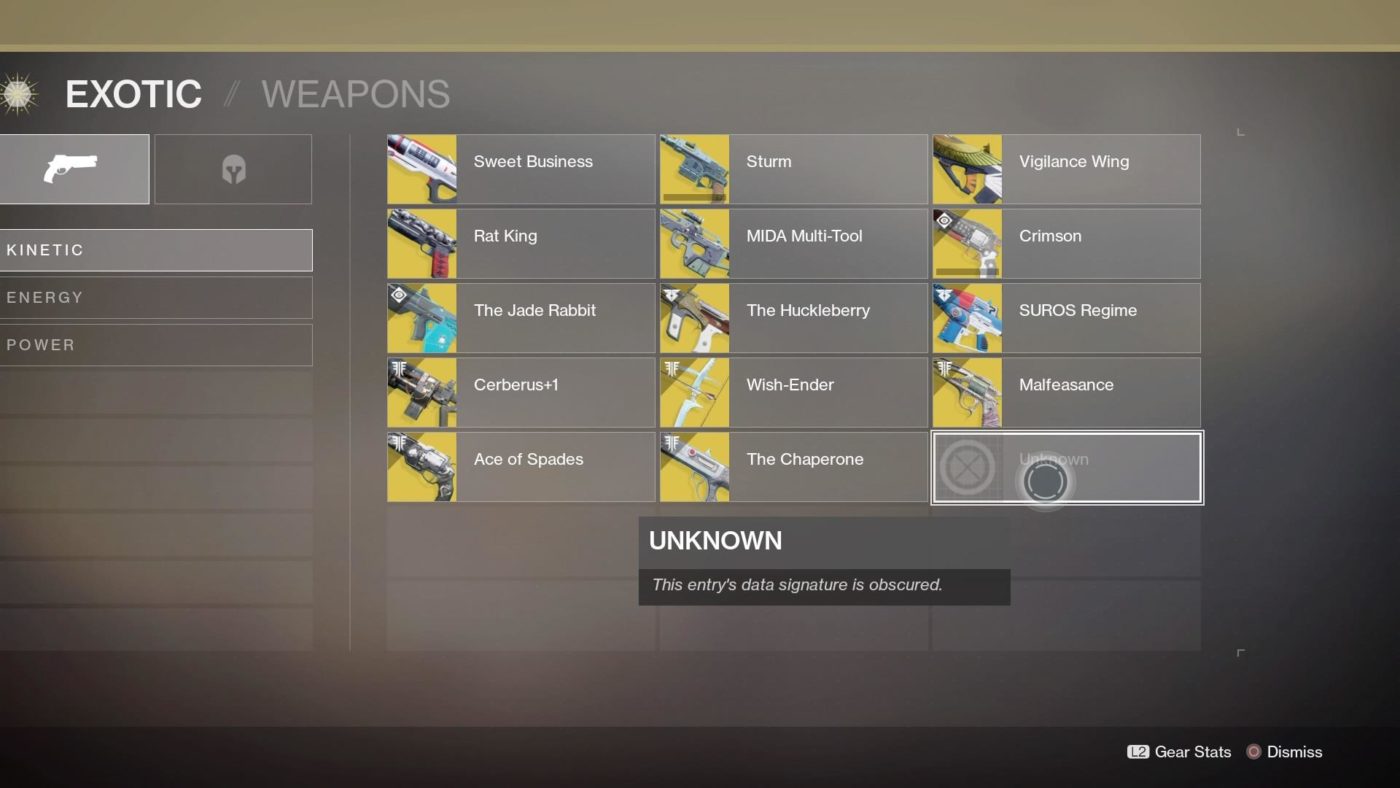 One of the biggest draws in Destiny 2’s endgame is not only the high level armors, but it’s also wielding exotic-level weapons. Well, it seems we now have new info regarding a Destiny 2 future exotic weapon, but also how it’ll be obtained.

Over on the Destiny subreddit, user Sacrificatio, posted that this Destiny 2 future exotic weapon will be the Bad Juju exotic pulse rifle from Destiny 1, and here’s how players will be able to earn it.

Without further ado, here is what I have heard:

Bad Juju, a returning exotic pulse rifle from Destiny 1, will be obtainable during the Season of Opulence at a later date. It is the activity reward for completing an upcoming mission titled “The Other Side”. This mission returns the Guardian to the Leviathan as they journey into the ascendant plane. The plot of the mission will extend upon The Dreaming City storyline from Forsaken, similarly to how The Whisper extended upon the Warmind storyline. While this mission is similar to previously secret exotic missions (such as The Whisper and Zero Hour), there is no timer. Instead, there are more challenging mechanics, similar to The Shattered Throne dungeon. However, this activity is not classified as a dungeon.

It is reasonable to disbelieve a supposed leak, however there is some information publicly available that can provide some validity:

To those who remain skeptical about this leak, only time may disprove your doubt. To everyone else, I am as excited as all of you to obtain Bad Juju, and am looking forward to seeing you on the ascendant battlefield!

Obviously, this isn’t confirmed in anyway, and as such, must be treated as a rumor. However, given it’s still up on the thread, I’d guess the poster told something to the mods that we aren’t privy to.

In other Destiny 2 news, don’t forget that the game underwent maintenance for 12 hours today, and here’s the full schedule. Make sure to check out the Destiny 2 Weekly Reset as well to see what you can earn this week.