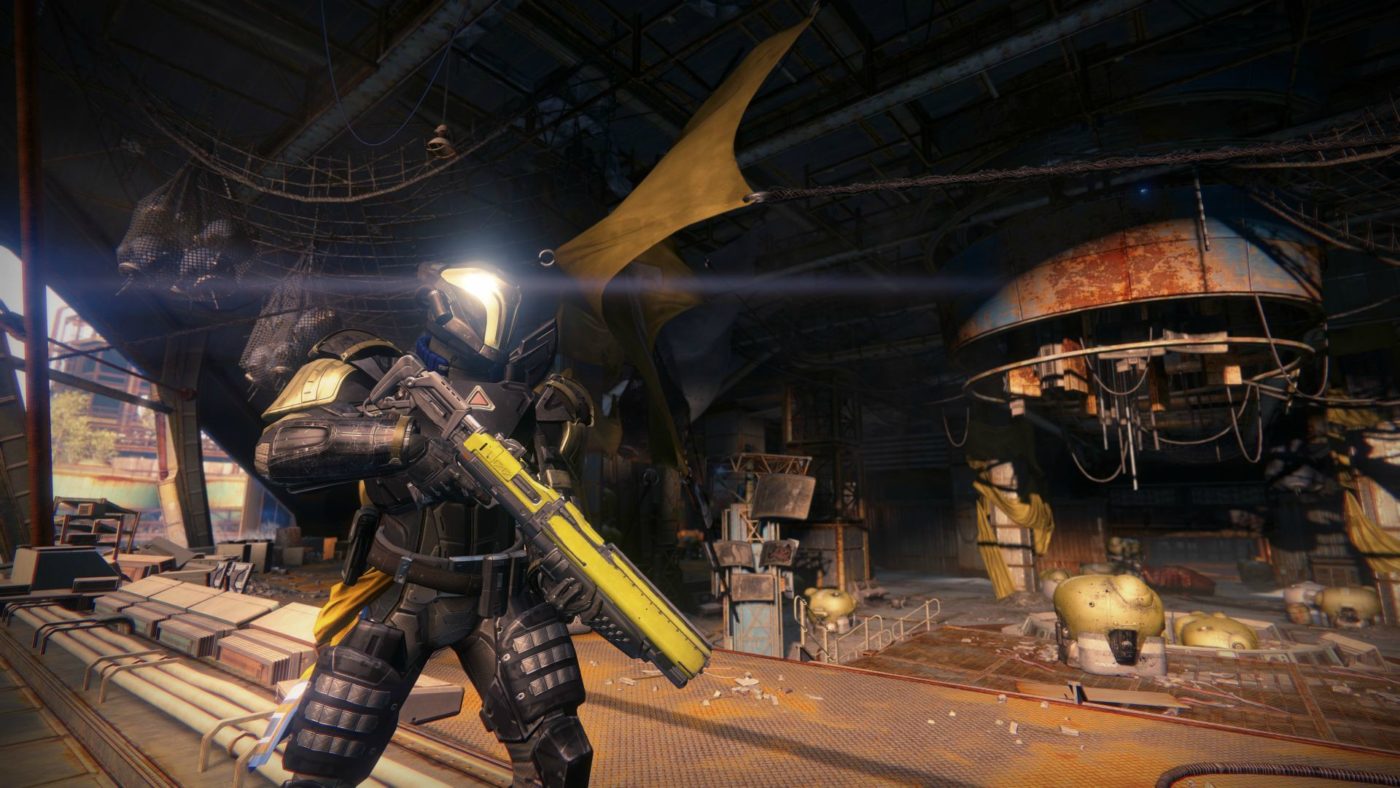 Bungie Head of Community Eric “Urk” Osborne has responded to Joystiq’s remarks, explaining that Destiny’s competitive multiplayer will not be capped at 3 vs. 3 combat. He also talked about Raids, a 6-player activity that will always be in parties compromised of friends.

“There are several modes featuring more players that we’ve already talked about. Raids are a six player activity that will always be in parties comprised of your friends. Competitive multiplayer is not capped at 3v3.”

Throughout today’s media blowout on Bungie’s upcoming shared-world shooter, Destiny, we learned a lot about co-operative Strike missions and how combative engagements play out when fighting alongside your Fireteam. But what about competitive multiplayer?

By the sounds of it, we’re going to have to wait until this year’s E3 to learn more about it, but Joystiq was able to pick up a small bit of interesting information.

Looking deeper into it, it’s not clear if that means PvP combat will be limited to six players total (3 vs. 3), or if PvP combat will be made up of multiple teams of three. Either way, some might see it as an unexpected turn from developers who pioneered the competitive multiplayer experience on consoles with iconic games like Halo. To this day, most of Halo’s core multiplayer modes are made up of 4 vs. 4 team battles or 8 vs. 8 big team battles. Meanwhile, 6 vs. 6 is standard in games like Call of Duty, while Battlefield even boasts 32 vs. 32 player combat. But, as only Bungie knows, whatever they have planned might very well be what’s best for a game like Destiny.

We’ll have to sit tight until E3 to learn more. Meanwhile, check out today’s gameplay reveal of “The Devils’ Lair” Strike mission.

What are your thoughts? Would smaller team battles make more sense for a class-based game like Destiny?

Bungie Explains What Destiny’s Co-Op Strikes Are All About, Play Competitive PvP at E3