Report: DOOM Eternal Makes Over $450 Million in Revenue in First 9 Months of Release

In March last year, Bethesda announced that DOOM Eternal managed to break franchise sales records, as it doubled the launch revenue of DOOM (2016), and even swiftly broke the franchise record for opening weekend sales as well. Thanks to a developer from id Software, it looks like we can now put a dollar value to those records.

According former id Software Monetization Designer/Prodcut Management Lead David Saunders (now with Gearbox), DOOM Eternal managed to rake in over $450 million in revenue in the game’s first nine months of release! This was posted on the dev’s LinkedIn profile, which was pulled. Thankfully, we have a screenshot which you can see below: 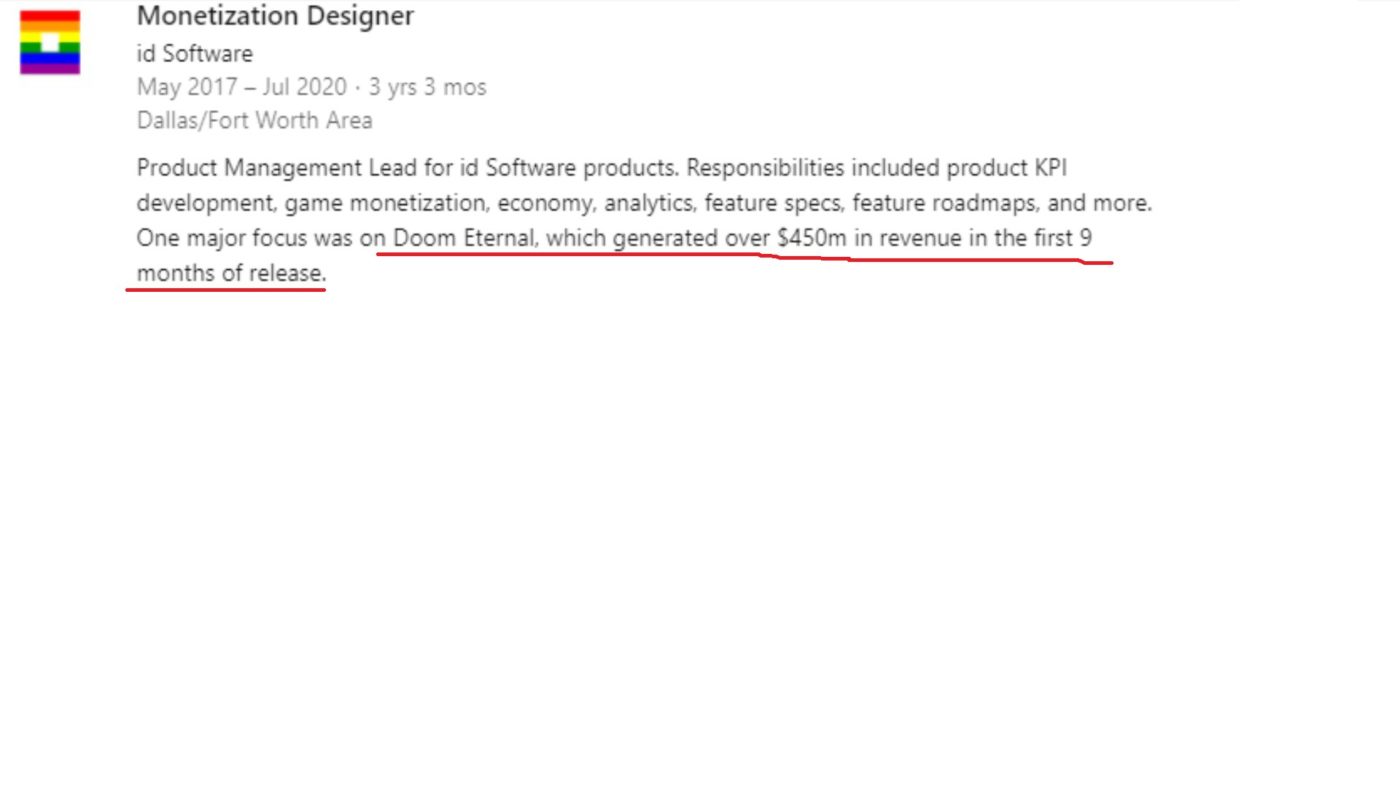 Mind, DOOM Eternal didn’t even feature loot boxes, card packs (like in sports games) or other similar gimmick which makes this even more impressive. Who’d have thought releasing an awesome game and supporting it properly would work, no?

DOOM Eternal was released back in March last year, and was so great that it managed to break into our Best Games of 2020 list.

Congrats, id Software and Bethesda! Let’s hope the next entry in the franchise is available for everyone to play, and not just on Xbox platforms.