While Sony has already announced that early PS5 owners will get GTA Online for free once they hop to next-gen, it looks like those who own Grand Theft Auto V on PS4 will get a free GTA V PS5 upgrade as well.

This was mentioned by French retailer Micromania who listed which games are getting free next-gen upgrades and which ones will require different editions of the game. Tucked somewhere in the middle is GTA V! Here’s a screenshot of it (which we’ve translated via Google): 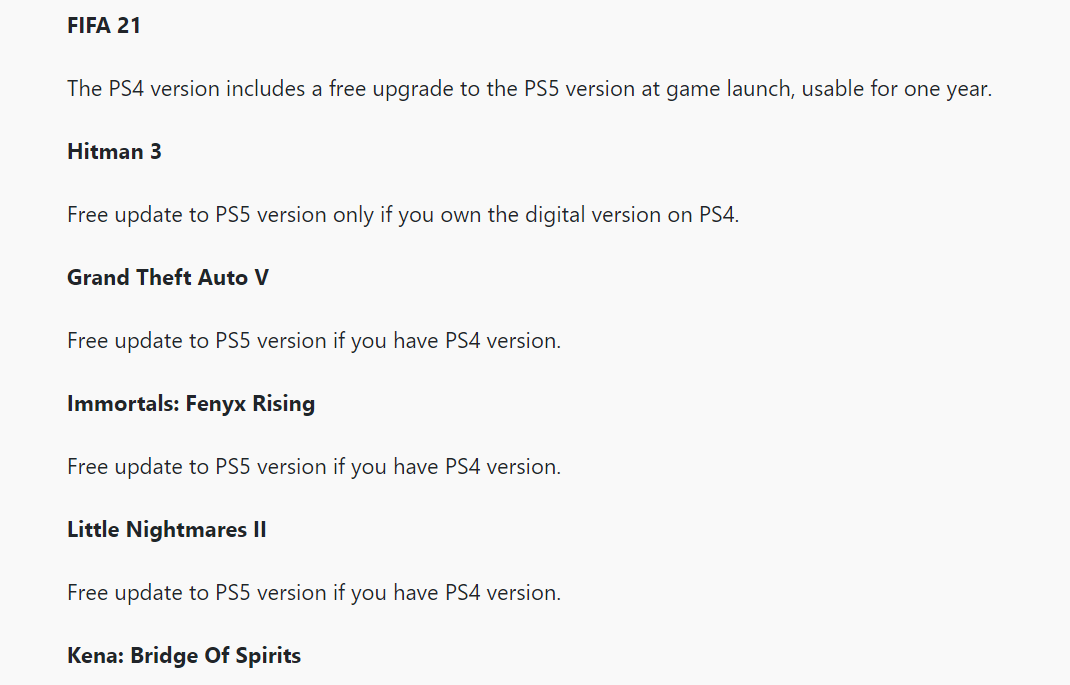 Note that Rockstar Games has not announced anything officially, though I wouldn’t be surprised if this was legit.  Nonetheless, we’ve contacted Rockstar Games to ask the veracity of this claim and whether this free upgrade will apply to the Xbox One version, or if it’s a special deal with Sony. If we hear back, we’ll update the post.

Given how players bought GTA V on PS3, and then on PS4, I suspect mos gamers wouldn’t want to buy the same game a third time even if it did come with new bells and whistles.

Speaking of PS5, Sony has sent out emails to customers confirming that they are sending out units in “waves,” with the second wave planned in December.