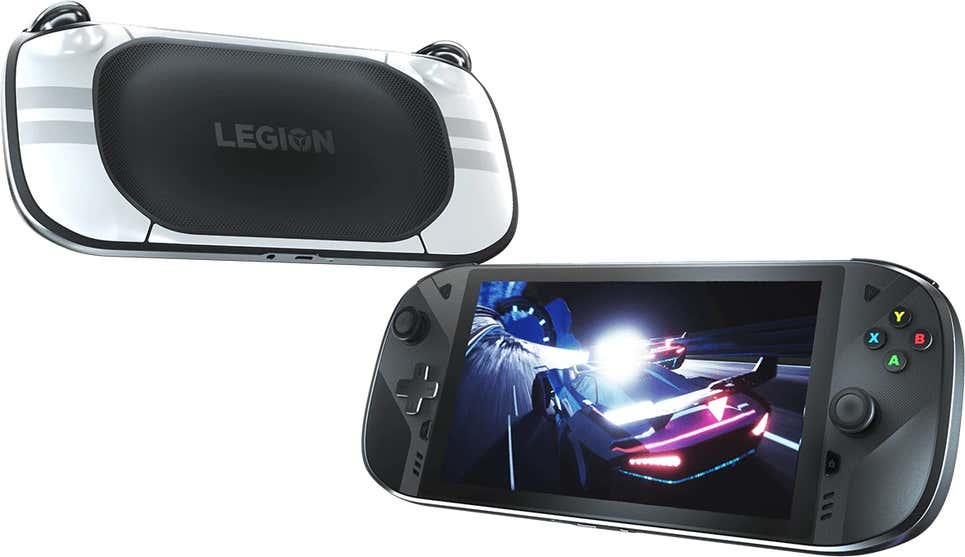 Looks like Lenovo is joining the video game handheld business. A report has surfaced that the Lenovo gaming handheld device has leaked, and it’s called the Lenovo Legion Play according to a source code hidden in Lenovo’s Germany and Japan MWC 2021 websites.

As discovered by Liliputing’s Brad Lider, the new handheld looks like cross between a Nintendo Switch and Steam’s upcoming Steam Deck handheld, and will be the first Android cloud gaming console as described in the leaked files of the system.

While smaller than the Nintendo Switch’s upcoming OLED screen, the Lenovo Legion Play will have a crisp 1920 x 1080 resolution display and will be using Android technology. It’s unclear whether or not the system will support wifi only or include cellular data access, but we’ll just have to wait and see once something official is announced by Lenovo. For now, take this leak with a grain of salt.

Speaking of leaks, check out the Steam Deck Interface for Dev Kits here.