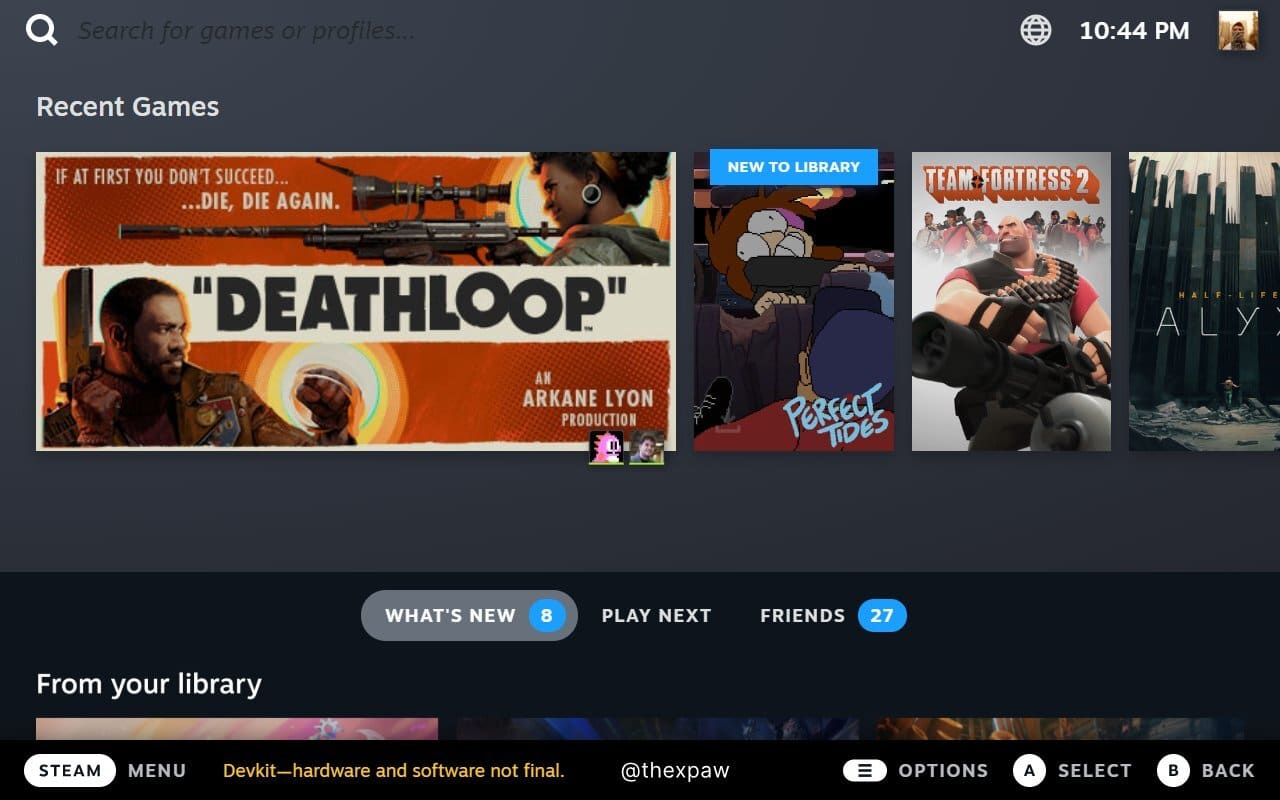 While there’s a lot of info known about Valve’s upcoming Steam Deck, prepare for more, as the Steam Deck interface for dev kits have leaked! This comes from an unnamed Chinese developer who apparently doesn’t care about NDA’s (non-disclosure agreements).

Check out this link for the video featuring the Steam Deck interface.

Outside of that, SteamDB creator Pavel Djundik has also share info (and screens) on the Steam Deck UI. Note that the images below have been shared before by Valve, and it is not the final iteration of the UI.

An image of SteamOS 3 leaked and people are already getting it running on other portable consoles.

Steam itself is just the same Linux client with a different view (it's JavaScript).

If you want more info about the Steam Deck, Valve has released a handy FAQ that covers a lot of ground when it comes to expanded memory, alternative operating systems, and more.

You can check out the full Steam Deck tech specs and unit layout here to get an idea how big it is.