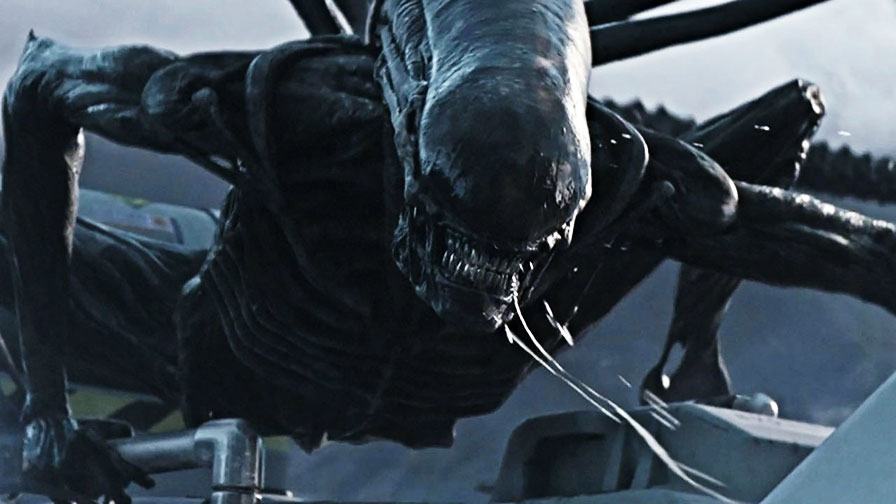 Are you a fan of the Alien movie franchise? If so, then there’s a very good chance that we’ll hear a new game based on the IP very soon! 20th Century Fox, owner of the Alien property, has trademarked “Alien: Blackout” for use with “computer game discs; software, namely game software.”

If that wasn’t enough, it seems the actual reveal will be happening early next month too! The teaser image for The Game Awards for this year mentions “Worlds Will Change,” and it has a big W in the upper left corner, which looks similar to the Weyland-Yutani Corporation. Alien fans will, of course, know that the Weyland-Yutani Corporation is the company that commissioned the brave souls to look for alternate life on other planets, and so on.

What’s more, Hideo Kojima, who’s a close friend of The Game Awards showrunner Geoff Keighley seems to have some sort of connection too! Check out Kojima showing his visit of 20th Century Fox, and how people connected the W to the Alien franchise.

Want more conclusive proof? The Twitter accounts @AlienBlackout and @Alien_Blackout have bee created now as well. Could this be the new shooter based on the franchise that we reported in January of this year? One can hope that it fares better than Aliens: Colonial Marines.

The wait won’t be long now, as The Game Award airs this December 6, and will be streamed online as it happens. Once we know more about this, we’ll be sure to let our readers know.