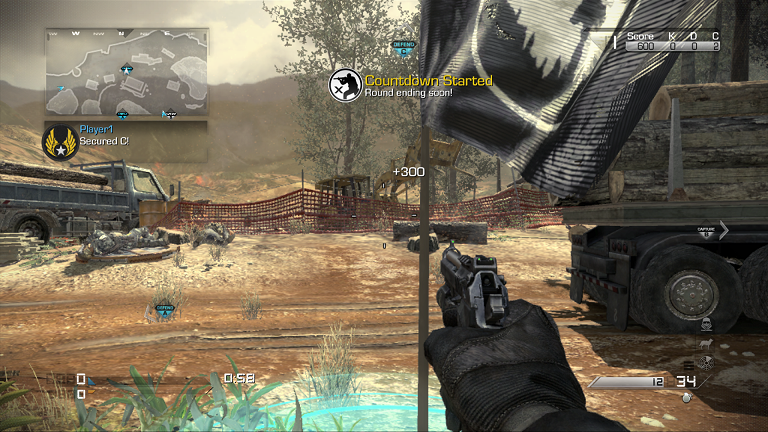 From the same user who discovered that “Drop Zone” would be introduced to Call of Duty: Ghosts’ multiplayer last month, we learn that a new game mode called “Reinforce” may make an appearance some time soon.

The mode that gotopiz discovered by peaking through the files of the game’s most recent patch is an objective-based variant of the Domination game type. The description reads, “Capture points to revive fallen teammates. Taking all positions will win the round.”

It bears a striking resemblance to Insurgency‘s “Firefight” game mode, which we find rather odd. But, perhaps, imitation is the highest form of flattery?

We’ll have to wait a little longer before we here any official world of the new mode. Meanwhile, be sure to keep your sights on MP1st for updates and feel free to check out the recently captured “Reinforce” screens below: