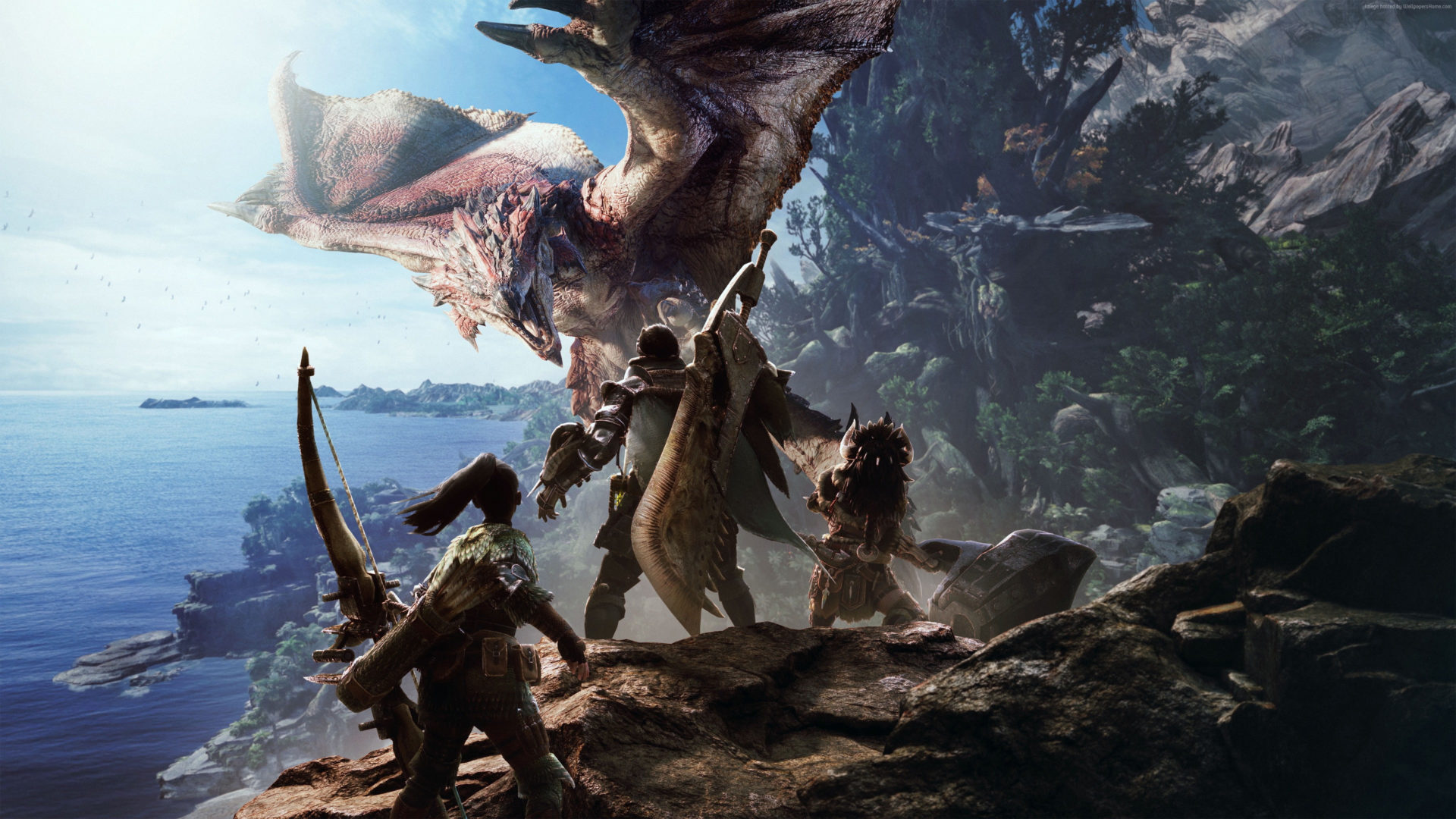 The leak was first reported by user @neonaga99 on Twitter, and was later confirmed by a Discord partner. Dataminers on Discord were checking out the app’s developer build when they saw an invite to players to claim a code for ‘Monster Hunter Paradise’ which confirmed the title of the upcoming game. The codes were available for Xbox, PlayStation, and PC platforms only. Tweet has now been deleted, but a screenshot is attached below. 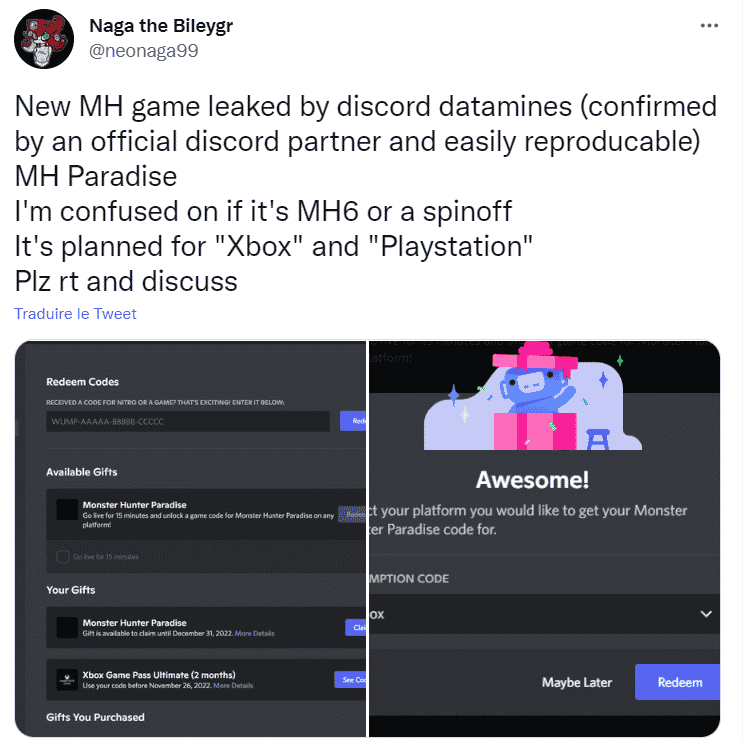 A follow-up tweet, which is still up, is a tutorial by the said user on how they got access to it.

Heres said tutorial since i got asked about ithttps://t.co/mi7MmoJCH5

Note that same as with any datamine, this is not official and shouldn’t be treated as such. This could be leftover code, a scrapped Monster Hunter game and so on. Capcom has not commented or acknowledged the leak in any way as of yet.It is not known if the game is exclusive to Xbox Series and PS5 consoles only or if it is cross-platform. According to the leak, there is also no Nintendo Switch version of the game planned as of yet.

The last mainline entry in the franchise which saw release on PlayStation, Xbox and PC was Monster Hunter World. It sold like gangbusters when it was release and with good reason. Our review gave it a 9.5/10, and we also state, “If you like going up against bosses in games, and find that thrilling, then think of Monster Hunter World as Boss Fight: The Game. It’s one compelling boss fight after another, that’s sprinkled in with loot, crafting, and other RPG nuances that make the journey exciting even after the numerous missions. Monster Hunter World is one monster you’ll want to take home and nurture.”

Gran Turismo 7 Upcoming Update to Race Out This Coming Week