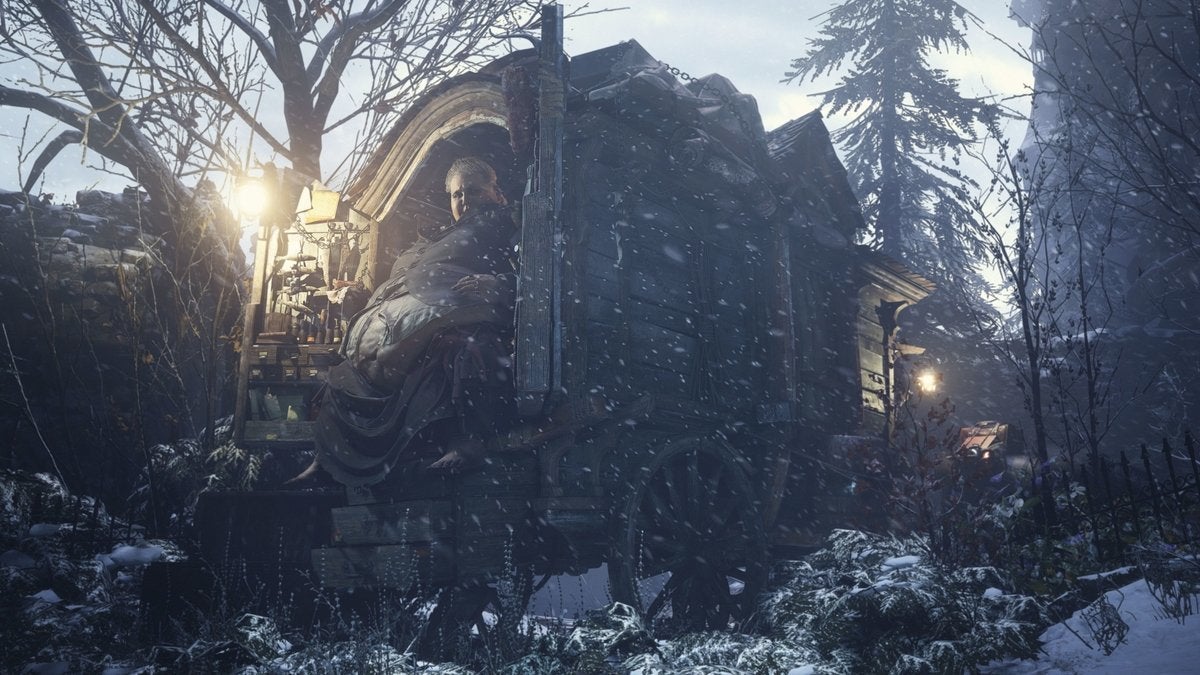 Players waiting for the next Resident Evil have some pretty intense new game mechanics to look forward to, as a new Resident Evil Upgrades video has been released that details how players survive through the course of the adventure.

Check out this new gameplay presentation from the folks over at Gameinformer.

Unlike other past Resident Evil adventures, RE Village will allow players to hunt down wildlife in a manner similar to other action RPGs, and the meat they harvest from these animals can be traded with the merchant character known as the Duke — who’ll cook up some dishes that will improve the player’s statistics such as health, movement speed, and much much more.

Additionally much like the past action oriented RE games, the Duke will also sell weapon upgrades — to improve the player’s arsenal to take on much more powerful foes. Some of the enemies you encounter through the game will also drop valuables and other possessions, which can be sold to the merchant and reward you with currency needed to purchase these upgrades.

There’s an upcoming Resident Evil Showcase digital event this April 15 that promises to detail more information about RE Village. Stay tuned for that!

Resident Evil Village will be released for the PS5, PS4, Xbox Series X|S, Xbox One, Google Stadia, and PC on May 7.