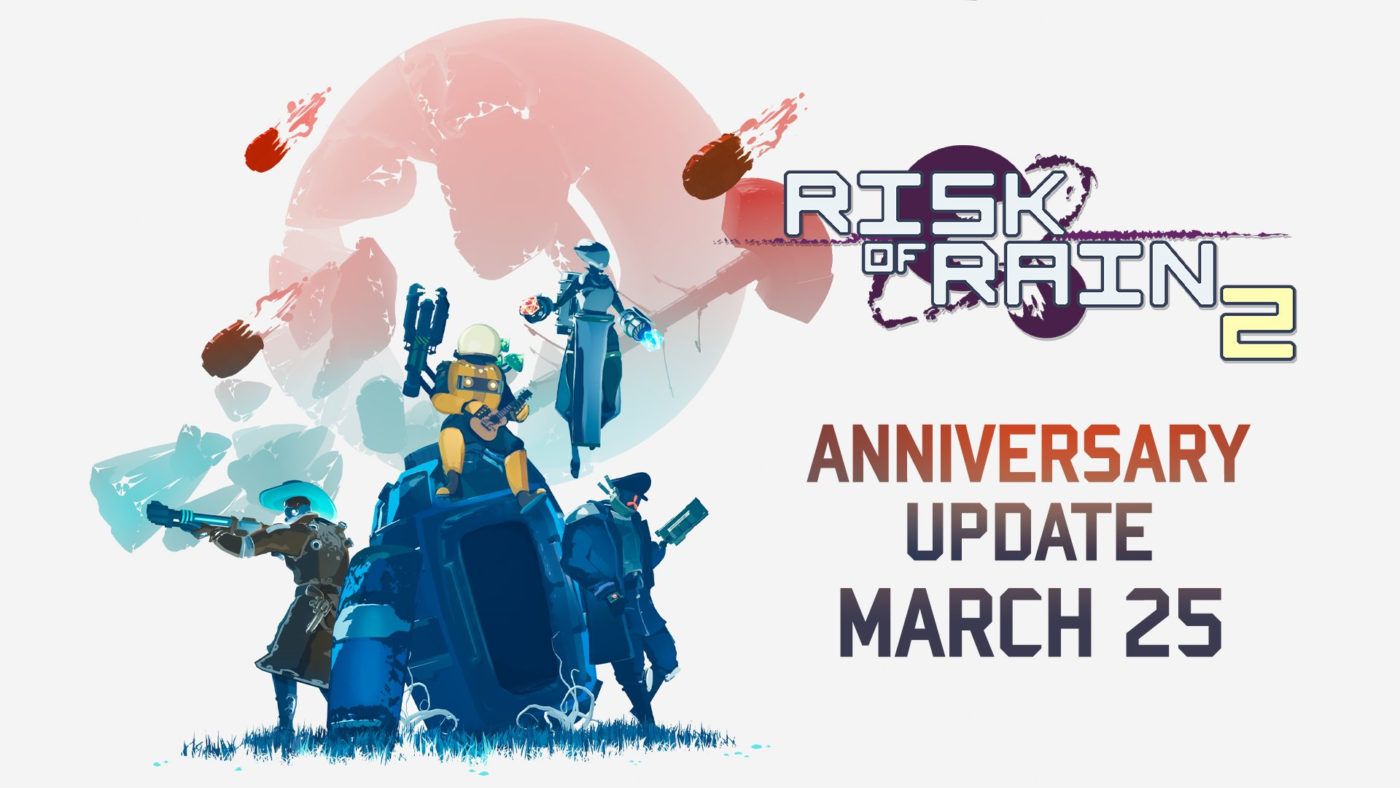 This Thursday marks a big day for Risk of Rain 2 as it will be celebrating it’s second anniversary since it’s early access release. What better way to celebrate than with a big ole free update, filled with much new content, including a new survivor, boss, and so much more!

Previously announced back in December, Hopoo Games announced yesterday that their Risk of Rain 2 Anniversary (2nd) update will officially launch this Thursday, March 25 on PC.

“Our goal with this update is to really flesh out and round out the base game, and also be a ‘thanks!’ to all our fans that supported us through Early Access. A lot of the focus of this update is revisiting old items and finishing up content that didn’t make it into 1.0 release – we’ve added like 88 lore entries. Shoutouts to Sivelos for helping us do a ton of heavy lifting for these log entries.” The team said in their latest blog post.

While this update is jammed with quiet a bit of new content, the big highlight has to be the “new”, or more accurate, returning from the first game, the Bandit survivor. Yep, the Bandit is back, this time in all of the 3D glory that Risk of Rain 2 has to offer, talk about exciting! Of course that won’t be the only content dropping with the update, though more specific will be revealed once the patch notes drop. For now, you can take a peek at a breakdown of the confirmed content for the anniversary update.

Again, this update will be available for PC on March 25. Console players can most likely expect to see this update within the next month (hopefully). On the bright side though, while the majority of updates have staggered from the PC release on console, the Risk of Rain 2 Expansion 1 (paid and targeted to release in 2021) is currently planned (not guaranteed) to release the same day as PC. This news also comes from the blog as Hopoo announced that they have a new internal team at Gearbox who are focused on bringing parity between PC and the console versions when it comes to updates. Fingers crossed that does turn out to be the case, and perhaps hopefully cross-play is on the horizon.

Be sure to check back here on Thursday when the update is live for the full patch notes!