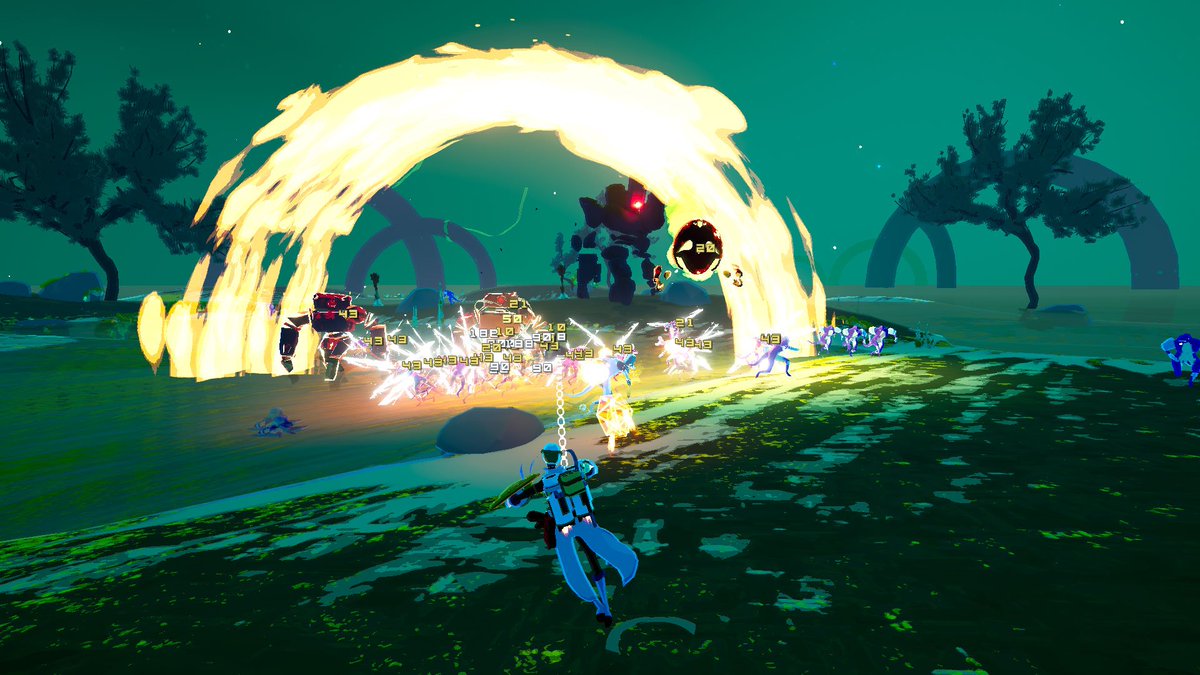 Skills 2.0 introduces a new way to play your favorite survivor! Our new “Loadout” system allows for swappable skills and skins at the beginning of each run. Each survivor will maintain their unique identity, but have some options to tinker with before jumping into a run. While some skill variants play off existing skills, some variants are entirely unique abilities available to a survivor. Each new skill and skin in your Loadout will be unlocked only with survivor-specific challenges – good luck! More skills and skins are planned to be added in future updates.

Additionally, Hopoo’s console roadmap for Risk of Rain 2 is now 2/5 in terms of targets met. 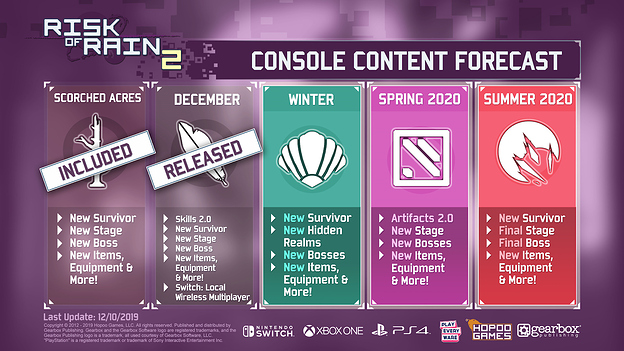 Once we know more details regarding the Winter update, we’ll let our readers know.