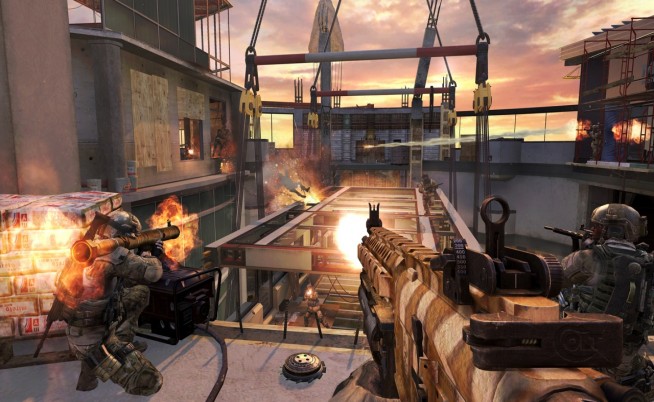 Infinity Ward Creative Strategist, Robert Bowling, comments on the negative response that the recent Call of Duty: Elite Content Drop 3 trailer has been receiving. If you haven’t seen the newly revealed Overwatch map, check it out right here.

As of right now, the YouTube video of this trailer is at an almost 50/50 split between likes and dislikes. In a conversation with fans on Twitter, Robert Bowling mentions, “I would assume that accounts more for distaste for our non-Xbox players having to wait for the content, which I agree with.”

What does this mean? Nothing really. This type of marketing scheme is out of the hands of Infinity Ward, Sledghammer Games and Raven Software, all developers of Modern Warfare 3. However, at least this proves that Modern Warfare 3 fans aren’t crazy after all, and that at least one person over on the other end of the developmental wall feels the same way.

It looks Call of Duty fans around the world will simply have to wait until the day DLC is dropped simultaneously across all platforms. Unfortunately, given the current trends in the videogame industry, this doesn’t seem likely.

Bowling also sympathizes with fans when it comes to Modern Warfare 3 updates.  Lately, the recent patches have also been released at separate times with the PS3 and PC versions constantly being delayed. “I wish we could get to a place where its day and date updating,” mentioned Bowling. Meaning, he wishes he could give us actual dates for incoming patches. He added, “DLC is one thing but patches should not be delayed.”

Make sure to read up on some of the features included in the upcoming patch for consoles.

When asked for any news regarding DLC on the PC, Bowling commented, “no date announced as of right now.”

Let us know your thoughts in the comments below! We know you have some.