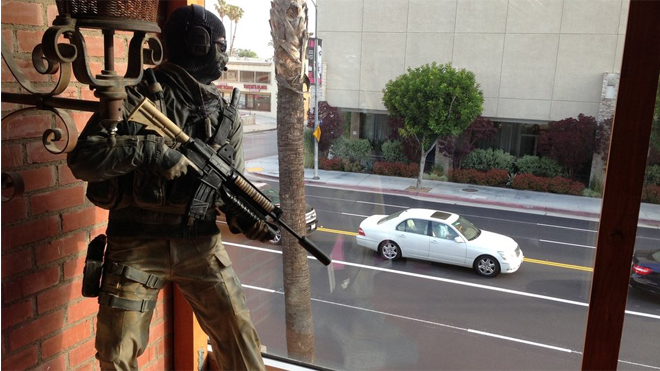 It’s always a scary situation when someone points a gun at you, and that’s exactly what happened to former Infinity Ward community manager Robert Bowling last night.

Upon installing new panic buttons at Robert’s independent game studio, Robotoki, someone decided, during the end of the work day, to push the button.

Our studio is equipped with a ‘panic’ alarm in case of an armed threat, which was installed yesterday. One of our designers, who shall not be shamed, pressed it on his way out because apparently when boys find buttons that they are unsure of, their first instinct is to push it.

So after pushing it, everyone went home for the day, leaving their lonely studio head to receive the assault of their actions.

It was then that the police arrived, and with no entrance at the front of the building they decided to go around from the other side, where they then spotted a “gunman” staring out the windows of the office. 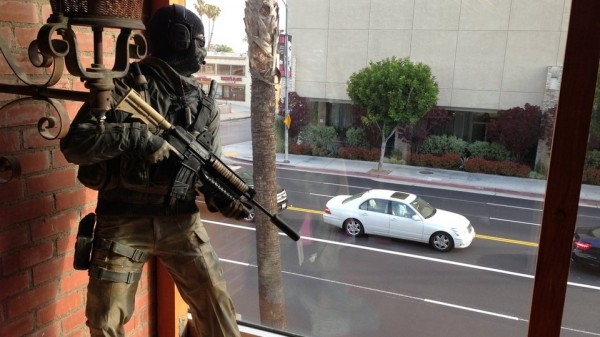 I was in my office when they arrived and saw them coming up our stairs, guns drawn. They yelled for me to put my hands up and walk towards them slowly, then took me into custody and out of the studio until they cleared the rest of the rooms and floors. 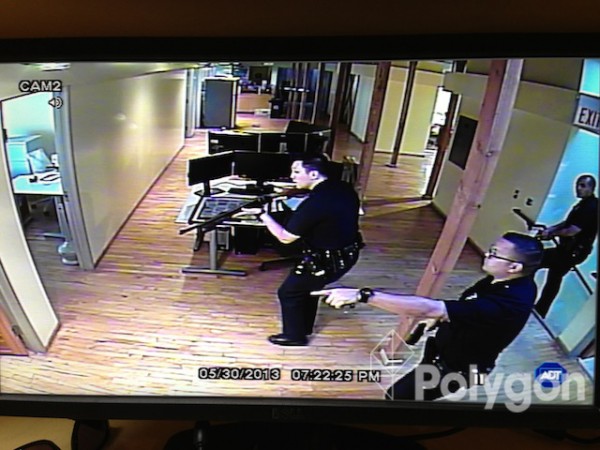 Luckily no one was hurt, and the incident was written off as a misunderstanding.