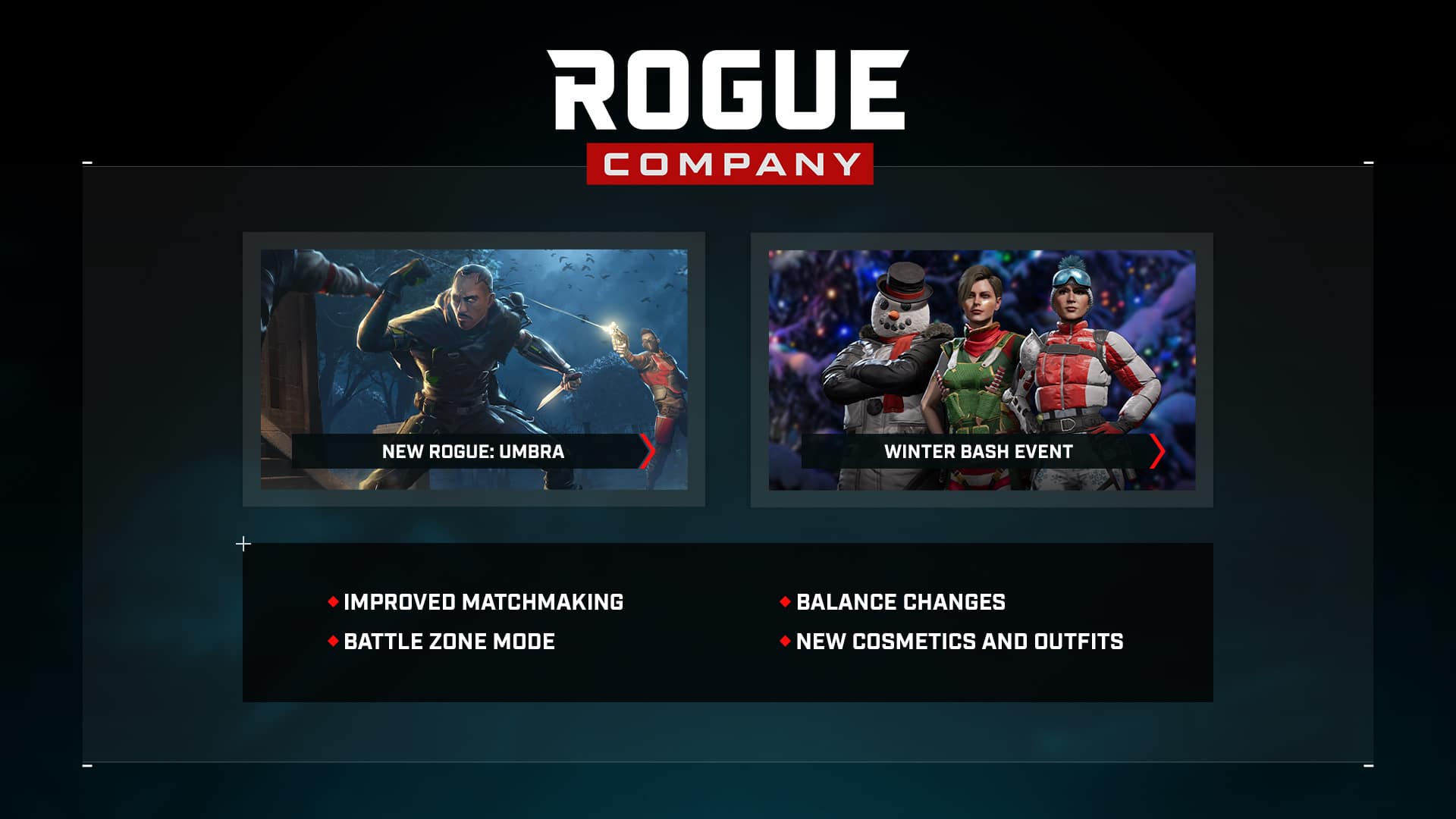 First Watch Games has released the Rogue Company update 1.86 (PS5 version 01.000.026) this December 14, and this is for the Umbra Update! As one might expect, this brings in a new rogue in Umbra, matchmaking improvements, and of course, holiday-themed events!

Update: Official patch notes for the Umbra Update are now available and listed below!

Umbra is a high-ranking Jackal assassin and a true believer of the Jackal cause. After a mission against Rogue Company went sideways, he was left for dead. Thanks to numerous cybernetic implants from Jackal, he was reborn, more zealous, and committed than ever before.

Winter is coming in Rogue Company, and there may be a chill in the air, but you’ll be able to heat things up with new bundles and event contracts you can complete to celebrate.

Two teams fight to be the last one standing in the Battle Zone! The Safe Zone starts large and will get smaller as the round progresses. Be careful, however, because you will begin to take damage if you step outside of it. This mode also features a new shop, no health regeneration, and weapon crates at various map locations.

All Armor is repairable.

With Saint now having Lifeline and drone flight speed increased, we think he will be completing many more revives than before. As such, we’re slightly reducing the flat heal given to Saint and his teammates when completing a revive.

We feel the KA30 is a bit too stable, especially when upgraded, for the amount of damage and versatility it offers.

The HRM 30k is tuned to be a headshot gun through and through. We want to make sure players aren’t fighting against too much reticle bloom when they’re expecting to hit headshots, so we’re making the weapon bloom a bit less at base and moving the bloom reduction upgrade to allow for faster access in your build. We feel bullet penetration is too niche of an upgrade for a weapon already niche in other ways. It is the only assault rifle without a magazine size upgrade on top of having the smallest magazine size in class. We believe subbing in a smaller mag size upgrade instead of bullet penetration will feel more worth purchasing.