According to recent reports, Battlefield 4 developer DICE will be offering console owners the opportunity to rent private servers come April 1. 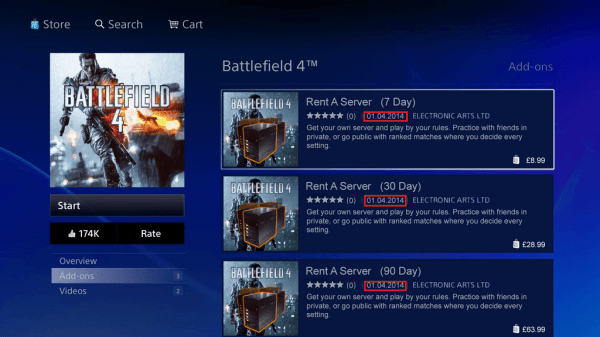 The last we heard, an EA representative mentioned that server rentals would be available for console owners soon. DICE has yet to announce an official launch date, however.

An April fools prank? Probably. But not a particularly funny one, if that. Stay tuned for updates.

After some additional digging, we found a similar image that appeared on Twitter earlier this month. Though it looks similar, it displays a November 22, 2013 date, instead of April 1, 2014. Others claim to have seen the image even earlier, suggesting that it is, indeed, fake.