Call of Duty Dog may be getting a new set of fur to better suit the upcoming cold winter months.

According to Reddit user beta_crater, who we presume to be an employee of a video game retailer and who snapped an in mage of “The Wolf” Guard Dog Killstreak Skin, the small customization add-on is reportedly making its way to Call of Duty: Ghosts this December 12 for $3 USD. 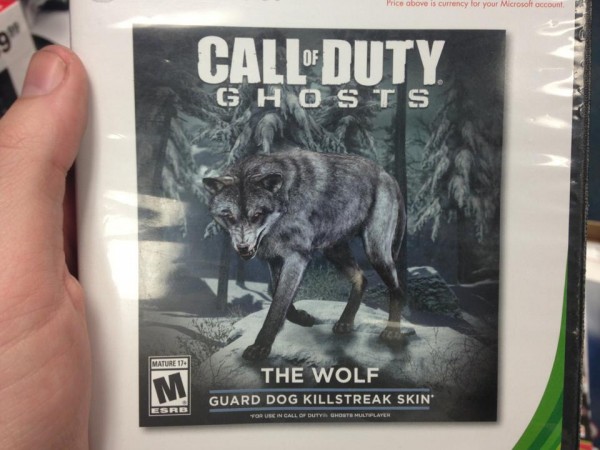 “It’s $3 where I am,” he writes in the comment section of the related Reddit thread. “That’s to cover the tax they charge now on the Xbox Marketplace since converting to real money.”

“Just letting everyone know that the Wolf skin won’t be out until December 12th! We pulled the case off the shelf for now, but it’ll definitely be available on the 12th, at least for the 360 (and probably XB1)!”

Activision or Infinity Ward have yet to officially comment on the “The Wolf” skin.

If the rumored $3 for a new set of dog fur doesn’t quite float your boat, there’s always the upcoming free Festive Personalization Pack to look forward to this week.