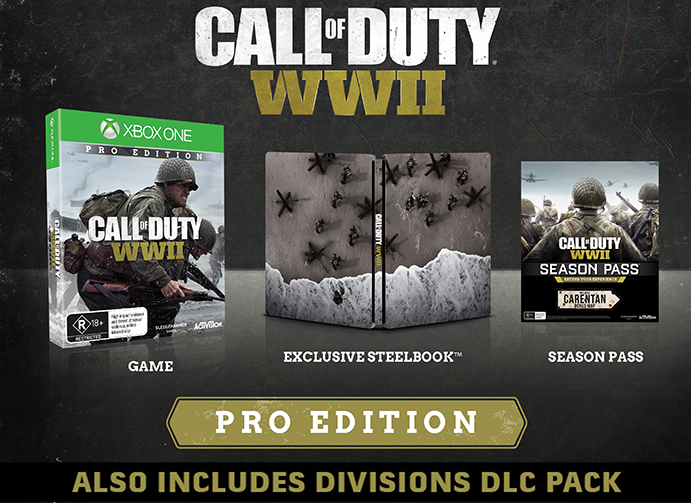 While we already reported on the bonus you’ll get for pre-ordering Call of Duty: WWII, it seems there’s more goodies on the way for those willing to fork out cash early. For those who’ll be getting the “Pro Edition” which includes the Season Pass, a fan favorite multiplayer map from Call of Duty 2 called Carentan is said to be included as well.

This was posted by Reddit user DanteYJ, which you can see in the image above. There are a few things worth noting, though. First off, while there is a Pro Edition of COD: WWII, the current listing of its contents doesn’t mention the map at all, which is weird since that sort of thing is something that marketing usually highlights to reel people in. The GameStop listing of the Pro Edition doesn’t mention it as well. With Activision and Sony being cozy with marketing deals, surely the’d be using the PS4 version to market this.

If it is indeed true, then this is a good map to remake; though gating access behind a more expensive edition of a game is never ideal.

For now, treat this rumor with a big bag of salt. We’ve reached out to Activision to ask whether this is legit or not and will update the post if and when they respond.

In other COD: WWII news, Activision has released a bunch of new trailers for the shooter that spotlights the single-player campaign.