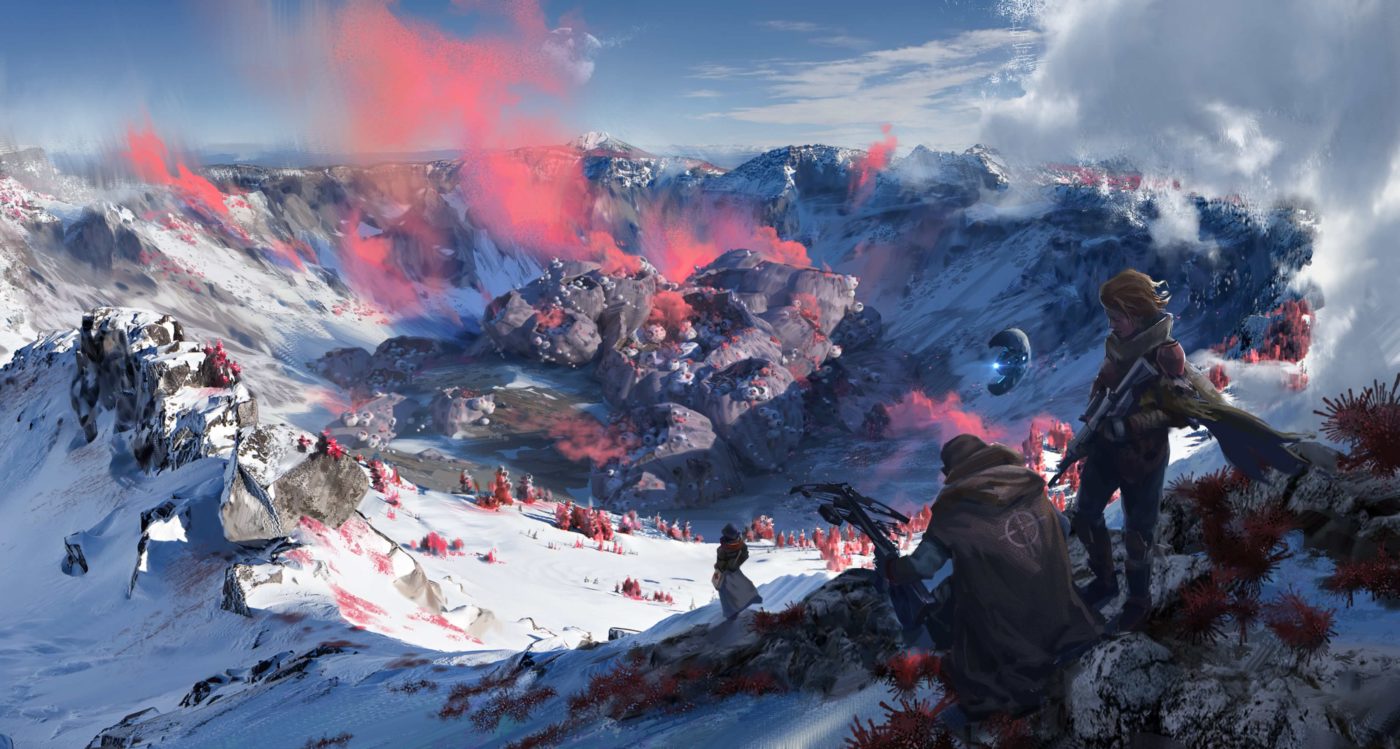 If you ever wanted something new and not just the same old shooter experience, then Midwinter Entertainment might have just the thing! Introducing “Scavengers,” a game being developed by a studio staffed with former members who worked on Halo, Call of Duty and Battlefield!

According to the studio, Scavengers is what it calls a survival shooter “co-opetition” game set in the the near-future apocalypse where a massive asteroid collides with the moon, and thus, causing a new ice age. Players will be able to take choose from four classes (each with female and male variants) to hunt for resources, and weapons.

Scavengers is an online, match-based multiplayer experience, and as such, there will be a lot of competition going on. Currently, Midwinter is toying with a two–person and four-person team. What’s interesting here is, once a match starts, the teams get dropped into the map with their own objectives. It’s not as simple as “kill the other teams,” but rather, “each team has their own beginning and end” within the game’s world. Players can cooperate with other teams within a match, and that can lead to multiple winning teams.

Check out Midwinter talk about the game, as well as early concept renders in the trailer below.

As for matches, don’t expect a typical TDM (team deathmatch) scenario. There’s supposedly three phases in each match. The first phase is when players search for food and build up weapons to level up their characters (yes, there will be skill trees). Second phase is when players will encounter enemies, the in-game wildlife, and of course, other players. Finally, there’s the launch phase, this is when teams search for a place to extract all the bounties and supplies they’ve gathered during the match. Each match is ideally at 30-45 minutes long, which means the studio is aiming for more than bite-sized, arcade shooting.

Sounds intriguing? Read up on the detailed write up by Game Informer to know more. No release window has been mentioned, though it’s in development first on PC with console versions to follow. There’s no single-player campaign planned as well

This is definitely something to keep an eye on given it seems to be a mix of The Division, Destiny and even PUBG’s good traits. Let’s hope the folks at Midwinter can keep their vision intact while delivering a fun game.

Microsoft Xbox E3 2018 to Be “Biggest Showing Ever”