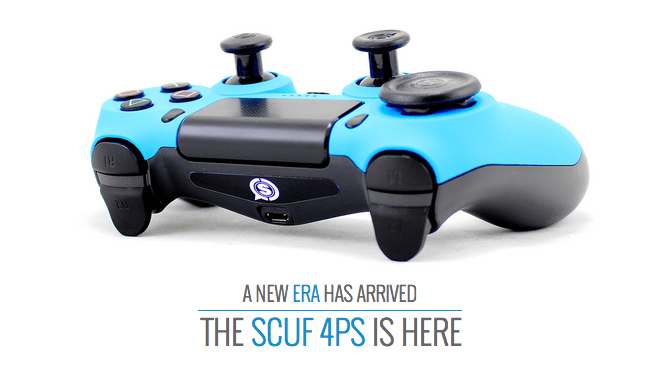 Scuf Gaming has narrowed down a launch date for the Scuf 4PS PlayStation 4 controller designed for competitive gamers in the first-person or third-person shooter scene.

According to the latest press release sent to MP1st, the Scuf 4PS, originally announced last May, will begin shipping within the first two weeks of August with 14 unique front shell designs and more to come in the following months.

In addition to the Scuf 4PS’ extensive customization options, some of its biggest design improvements appear in the form of two “Scuf Hook” back paddles that allow you to easily perform functions normally found on the controller’s face buttons while keeping your thumbs on the thumb sticks and distraction-free. They ship standard with an X and O configuration but can be reconfigured using Scuf’s Electro Magnetic Remapping Key, which will be offered at a later date.

On top of that, the new controller will come standard with Scuf’s Pro Grip handles, which are normally found as an upgrade option, and will allow gamers to choose between domed or concave thumb sticks in three different lengths. Also, the new removable Control Disc is meant to deliver extra precision for D-pad users, which is especially helpful in fighting and sports games.

You can create and pre-order your own Scuf 4PS, or just learn more about it, by visiting Scuf Gaming’s official website.

Are you an FPS fanatic thinking about picking one up next month?

Xbox One users, be sure to check out my review of the Scuf One Xbox One controller right here.