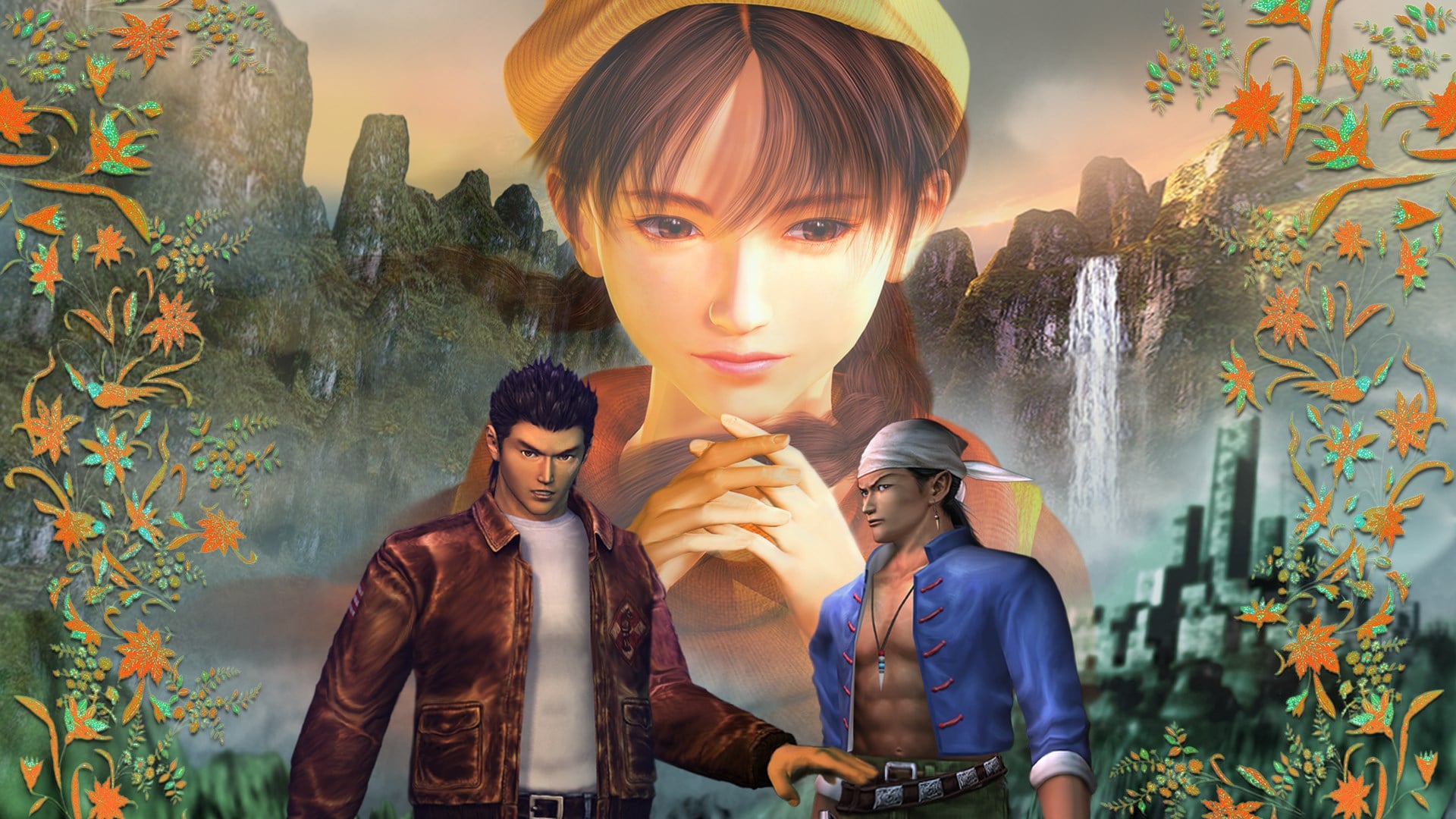 Exactly two decades have passed since Ryo Hazuki reached Hong Kong and continued his journey to avenge his father’s murder. Along the way his story became bigger, and now we look back as Shenmue 2 turns 20 years – Where Ryo’s journey stopped and ironically helped bring him back again thanks to fan support and demand.

First released in Japan for the Sega Dreamcast on September 6, 2001, Shenmue 2 was the follow up and sequel to Yu Suzuki’s bold action adventure epic — which was set in the late 1980’s and told the story of teenage martial artist Ryo Hazuki as he witnesses his father’s death at the hands of a Chinese cartel man named Lan Di. Swearing revenge, the game follows Ryo’s quest as he hunts for clues and information around his hometown of Yokosuka, which eventually leads him to fights with gangs and sailors that have a connection to his father’s killer. Eventually with the help of some allies, the first game’s story concludes with Ryo leaving Japan by boat for Hong Kong to continue his crusade, and find out why Lan Di murdered his father. 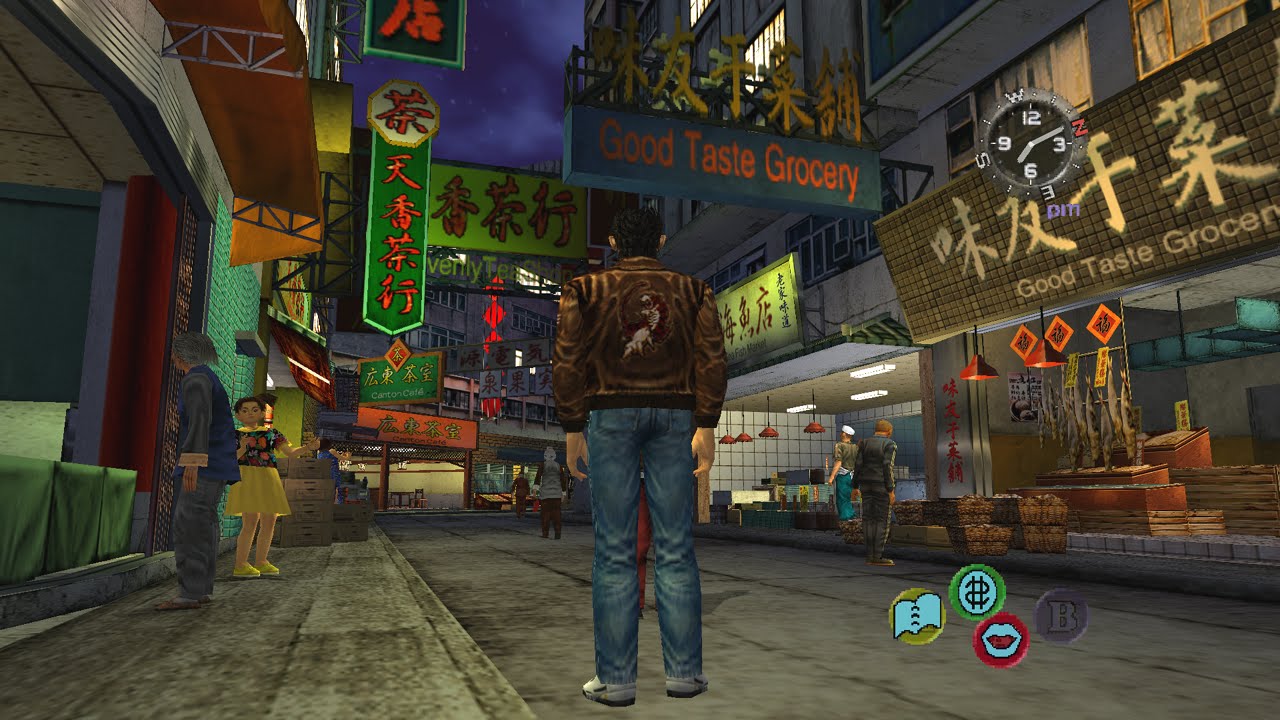 As with the first game, Shenmue 2 is one of the early open-world style action games that allowed players to explore and interact with their surroundings while simulating a day and night experience. Unlike the original however, Ryo gets to explore a bigger and more bustling city in Hong Kong — literally channeling the small fish in a bigger pond analogy, and putting him in territory far away from his home and friends. There were more strangers to meet, new characters to befriend such as the female biker Joy and street gang leader Ren, and a lot of exploration that led to lots of activities and mini-games. Ryo would have to find ways to earn money to buy items and pay for his rent, so he could work lifting crates that took a couple of hours away from your day, or gamble it out by trying out a game of lucky hit. 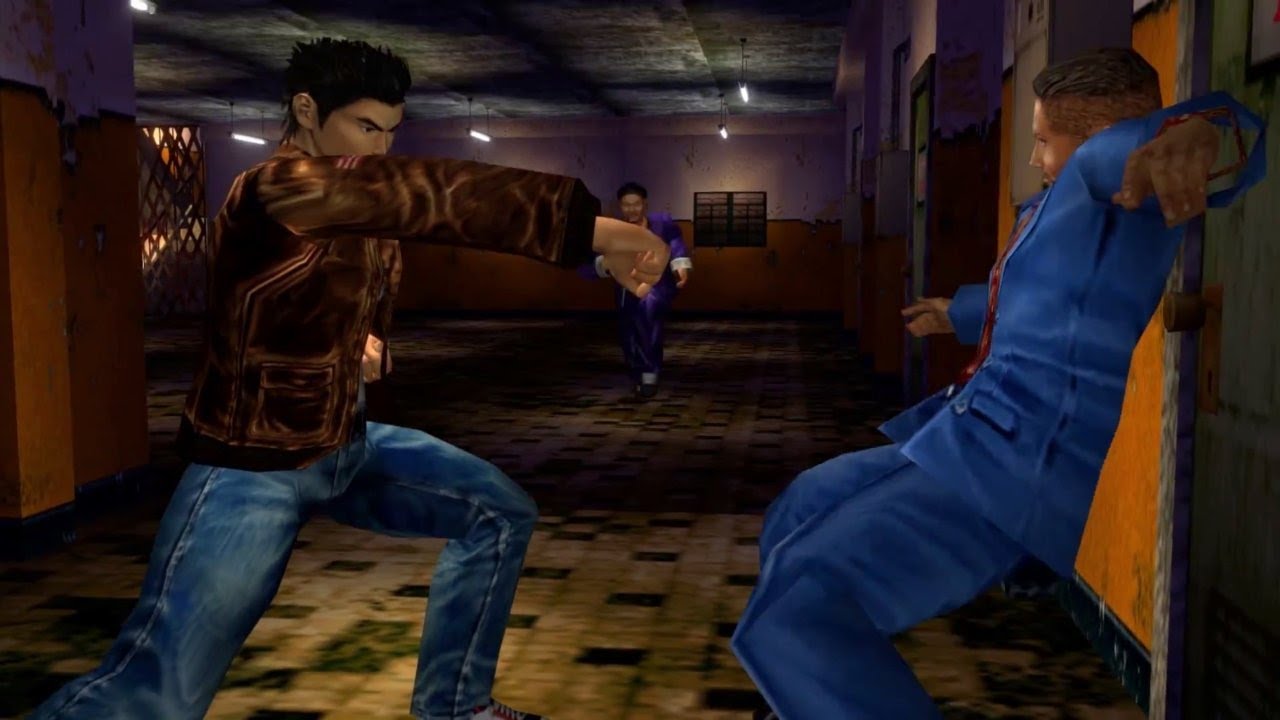 Of course, Shenmue primarily revolves around the world of martial arts, so Ryo meets several Chinese martial artists who teach him new moves and life lessons that help him through his journey. Primary among these is a female master named Lishao Tao/ Xiuying Hong, who takes him under her wing, and tries to teach him that vengeance is not the answer. However, Ryo is still adamant at finding his father’s killer, and that journey puts him at odds with the gangs that have allied with the cartel leader. Fighting his way through the streets of Wan Chai and travelling across to the buildings of Kowloon, the young Japanese fighter and his allies eventually cross paths with Lan Di, which leads to the latter’s escape and Ryo realizing his journey is far from over. 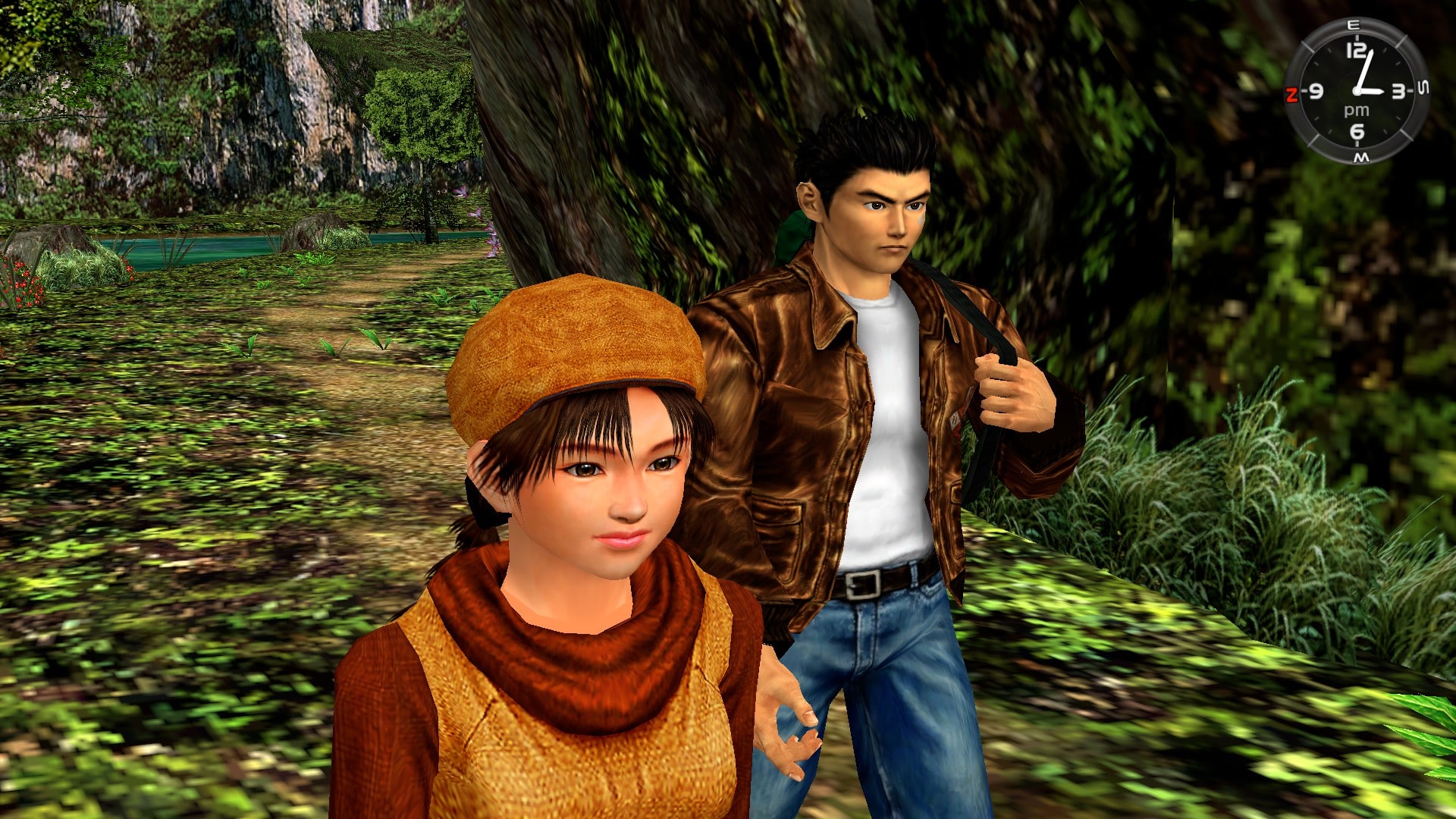 As the sequel to the most expensive video game ever developed at the time, Shenmue 2 garnered critical acclaim from players and fans alike. Besides Japan, one other port for the Sega Dreamcast was released in Europe, and unlike the first game it only had Japanese audio with English subtitles. The US would see Shenmue 2 released on Microsoft’s Xbox console – dubbed in English and featuring actor Corey Marshall reprise his role as Ryo Hazuki from the first game. Despite being praised as a great sequel, the game sold poorly and forced any succeeding entries to be put into development hell. An online game called Shenmue Online was announced by Sega, but that never saw the light of day, and Suzuki would eventually leave Sega to form his own company Ys Net. 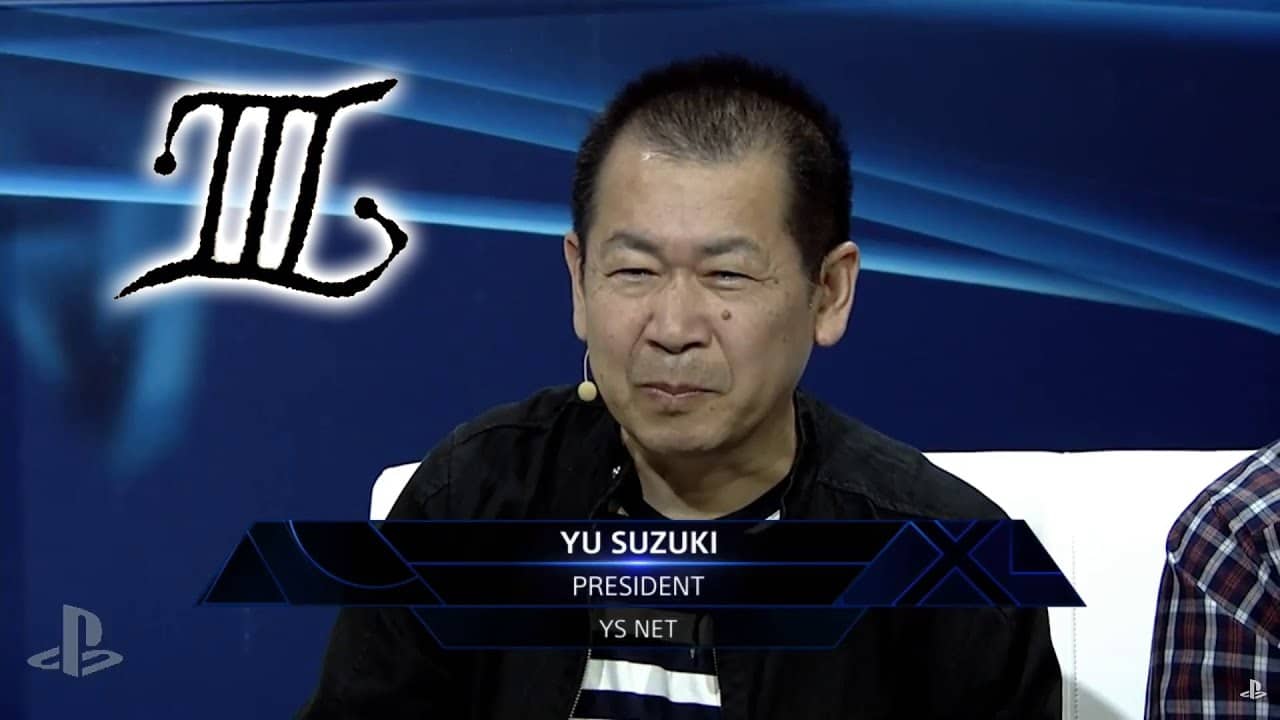 Staying in development hell for almost two decades, a true continuation to Ryo’s journey looked hopeless and bleak — until Yu Suzuki appeared in E3 2015 and announced Shenmue 3 as a Kickstarter campaign initiative. It was met with praise and hype, and in just under nine hours after its announcement, the crowdfunding reached its goal of $2 Million, and Suzuki had backing to work on the long awaited sequel fans have been hoping for. Work on the game would take four years of development and production, but Sega and Suzuki would tide fans over with the HD rerelease of Shenmue 1 and 2 for PS4, Xbox One, and PC on August 2018 – remastering both games with improved graphics, user interface, and featuring both Japanese and English voices. Eventually Shenmue 3 would be released for PS4 and PC on November 2019, allowing fans to continue Ryo’s story as he explores Guilin, China with Ling Shenhua and still searching for his father’s murderer.

After 20 years, Shenmue 2 is still regarded by many veteran video game players as a classic ahead of its time, and a true example of a game with a cult following — that helped it rise like a phoenix from the ashes and gave it a second wind that allowed a true sequel to be made. If you’re new to the series and happen to own a PC or modern day consoles, take a chance and try out this epic saga and at least the first two games. Compared to modern day titles it might be slow to get into at first, but put a little faith and trust in it and you might just enjoy this humble and unique martial arts adventure full of wonder and passion.

While a new Shenmue game still hasn’t been greenlit officially, there is a Shenmue animated series coming to Crunchyroll and you can read the details about that here.