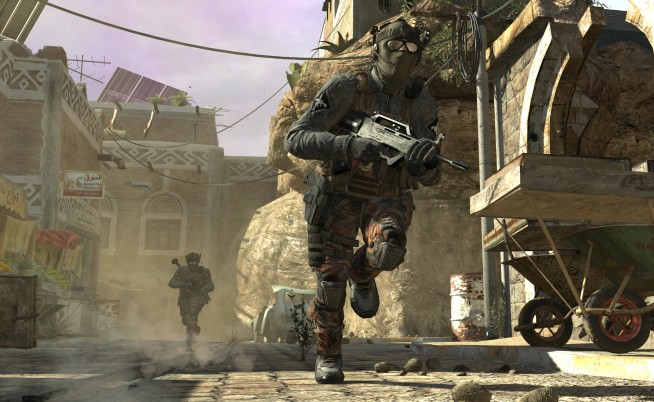 Should Black Ops II Be Worried About Battlefield 3 and Medal of Honor: Warfighter? Treyarch Answers

With Battlefield 3 having “taken significant market share” from the Call of Duty franchise within the past few months, should publishers like Activision and developers like Treyarch be concerned over a declining demand for Call of Duty titles?

“The first-person shooter category has always been a competitive space,” John Rafacz, Treyarch Director of Communications, told VideoGamer in a recent interview. However, he continued, “Treyarch will do what they have always done – and what I think you could say any Call of Duty developer has ever done – which is staying focussed on making the best possible experience they can. It’s very easy to get caught up in mind-boggling numbers.” He reminds us, “Quite literally every night Call of Duty gamers fill about 250 Madison Square Gardens around the world. Who else does that? That is an insane number, but it’s also a great responsibility.”

Declining or not, there are still a lot of Call of Duty fans out there to please. Rafacz reveals that “the real art lies in really trying to listen to the community and make sure we’re delivering on their expectations. And at the end of the day, doing what any creative professional can do, which is delivering the best game possible.”

The question is, do developers like Treyarch need to step above the “call of duty” and put in that extra effort to win back players who’ve discovered the Battlefield series? Rafacz believes that “with Black Ops II, I think we’re offering such a diverse set of experiences and such new elements that I think people will find a fresh take on Call of Duty.” While we’re still not entirely sure what to expect of the gameplay, Black Ops II is sure stand out when it comes to setting, having been announced to take place in the near-future of the year 2025.

Of course, not only will Black Ops II have to continue competing with Battlefield 3’s extended lifespan well past its launch thanks to a hefty serving of Battlefield 3 DLC, but there’s also Danger Close’s Medal of Honor: Warfighter to keep an eye on. However, Treyarch seems confident as Rafacz explains, “Just focus on what you do and do it as well as you can and everything will fall into line.”

What do you think? Are titles like Battlefield 3 and Medal of Honor: Warfighter stealing Call of Duty’s thunder? Do they still have a long way to go?