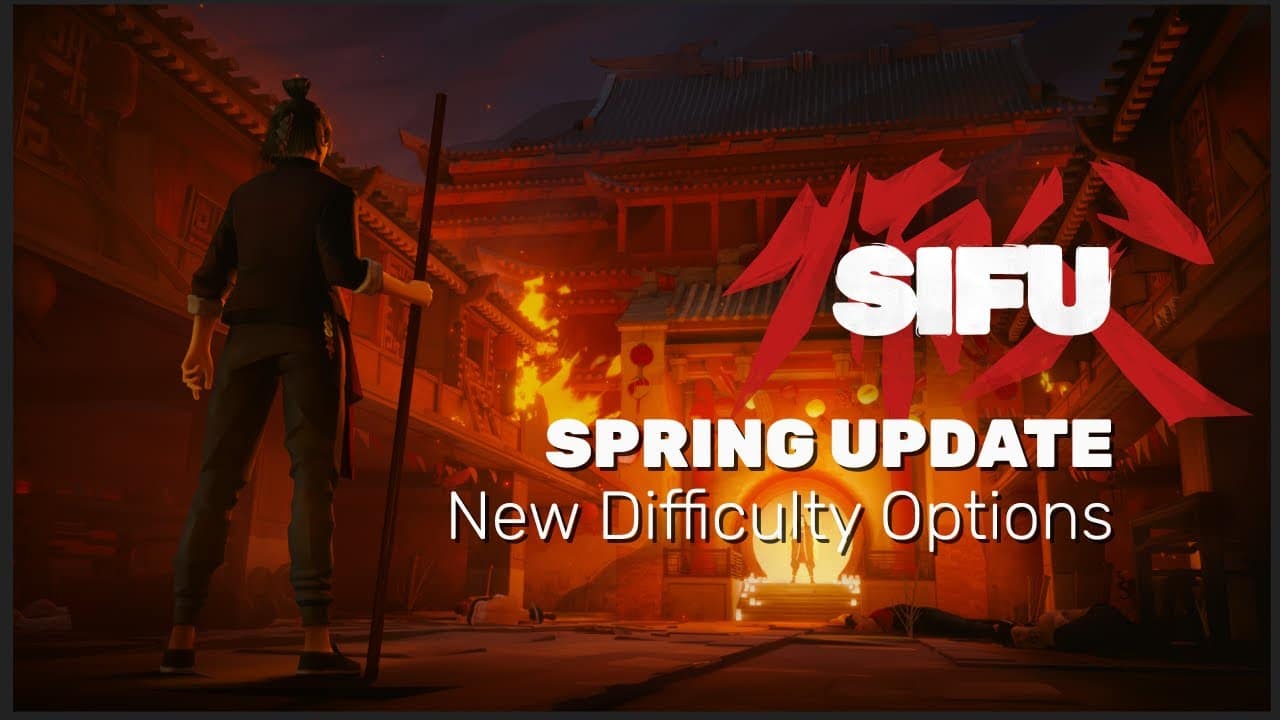 In case you didn’t know, martial arts action game Sifu is getting its first content drop this coming week, and one of the big things included is a new difficulty setting! Developer Slocalp has released a Sifu difficulty settings preview video, and this one features what players can expect from a new “Student” level, as well as a much harder “Master” level.

As you can see in the video, the Student level will feature weaker enemies, a more forgiving aging mechanic, and less agressive AI. The Master difficulty level will boast of a more agressive AI, and even new boss patterns!

In addition to the new difficulty mode, players can expect a new advanced training mode, as well as an outfit selection from the spring update once it’s released. Same as always, stay tuned here on MP1st, as we’ll let our readers know once the patch is live on May 3.

Don’t forget to check out the Sifu roadmap for 2022 right here.