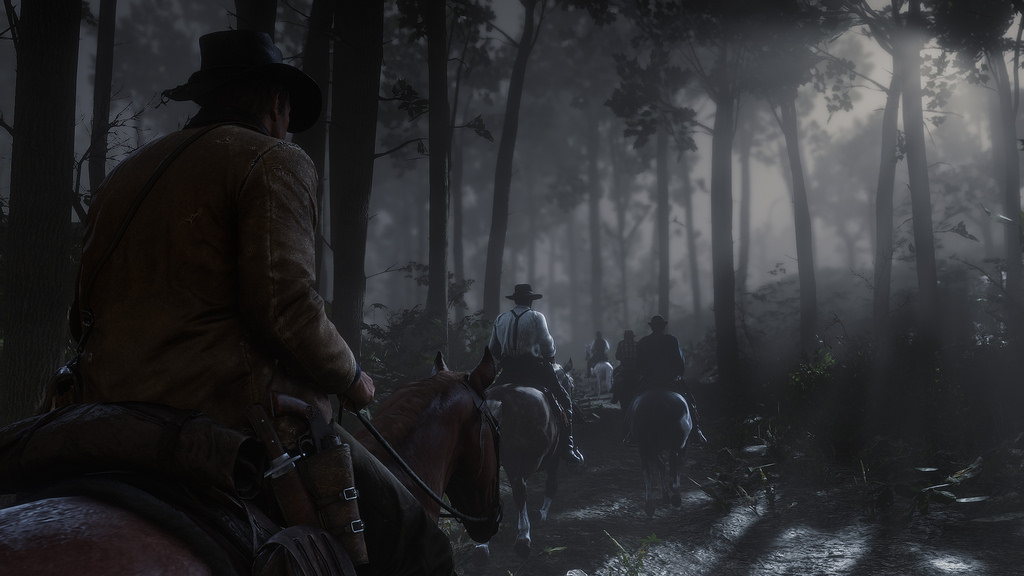 The most popular games of this decade are mostly multiplayer games (we can actually hear someone screaming “Fortnite!” right now). Gaming is more popular than ever and developers have been making games more and more accessible. It seems like games of this generation are not as difficult as they used to be. Yes, we do see developers trying to make games harder once more—we see you Bloodborne—but what about the length of single player campaigns? We have a feeling that they have become shorter over the years, but is this actually the case?

Big statements like that should not be made too hastily, mostly since the point of view of gamers is really personal. If you love single player games, then you probably won’t think that your favorite games are dying – but if you only play Fortnite, you probably don’t care about single player games. So what’s the truth? With the rise of many popular multiplayer games, many developers have tried to aim for the same kind of success. Developer EA has been trying very hard to be economically successful with loot boxes and microtransactions. When they released Star Wars Battlefront 2 however, it was received by very mixed, critical reviews. They also abandoned Mass Effect after the failure of Andromeda. Another big punch in the gut for single player gamers was the announcement that the new Fallout: Fallout 76, was going to be an online multiplayer. Fallout games were considered some of the best single player games on the market.

It’s not all bad: even if developers are showing more interest in multiplayer than before, especially online, that doesn’t mean it will be at the cost of single player games. The new God of War, and Marvel’s Spider-Man, just to name a few, have both been a great success, critically and financially. One of the biggest games of this year just might be Red Dead Redemption 2, which is said to have a campaign over 60 hours. So, it all depends on which type of game you’re talking about. Shooters, for example, have seen a decrease in popularity in their single player campaigns. Which we can understand: you rather shoot a real player in the face than a bot. How many Call of Duty 3 gamers do you think actually finished the campaign? It’s around 25%. Another 25% never even finished the tutorial level. Keep in mind: this is the MOST played Call of Duty campaign ever.

Back in the day: single player games were actually shorter

Hear me out: for the most part, single player games that got made during the first couple of generations of console gaming (Sega, Super Nintendo) were actually a lot shorter. The first Super Mario could be completed in a couple of hours. The word “could” is important here. These games “could” be completed in 2-4 hours, but that was easier said than done. You would die a lot trying to master the game, and then die some more until you finally knew every level by heart. Since gaming has become more mainstream, games have become easier, more accessible, but also longer. True: there were a lot of great Role-Playing-Games (yes, we’re also talking about Final Fantasy 7) that took about 40 to 60 hours to finish, but these games were an exception. Most games of this era were not that long. They were either difficult single player games or multiplayer.

Is an open world bad for the length of the game?

The big question remains: are single player campaigns for adventure/RPG games longer than they were in the past, or shorter? Let’s compare games from the developer that popularised lengthy games: Square-Enix (Squaresoft). When you look at the length of these Final Fantasy games, you can see there is a different focus nowadays. Side Quests and an open world have become more important than it was a generation ago. The effect of this open-world gaming hype is that you might finish the storyline of these games quicker, but open world games make up for this lost time with sidequests and time spent exploring. Final Fantasy XV is a great example. The main storyline might be shorter than Final Fantasy VII, but the amount of exploration you can do is staggering compared to its predecessors.


Are Single Player campaigns getting shorter? Now V.S. Then

The final answer is: No! Single player games are not getting shorter, but it does depend on what type of games you’re comparing. You can never compare “long games” like Final Fantasy to the shooter campaigns of Call of Duty. We do see that gamers and developers are getting interested in more things than just the single player. Some games are expanding their experience with multiplayer like Fallout, while RPG/adventure games are betting their money on an open world with a lot of side quests and exploration. It also depends on your preference when it comes to how much time you can or want to spend on a game. Some gamers actually enjoy shorter games, but the price of these adventures should also be lower, right? With the rise of indie games, it definitely looks like things are going in the right direction.

Buying a game has also become a lot easier with online gaming stores. You can buy the newest games without even leaving your house. What if I told you that, paying in the Online PSN Store can be really quick and simple as well. On www.Rapido.com you can simply buy a PSN Code and instantly receive it by email. You can redeem your PSN Code immediately in the PSN Store and start playing your favorite new game even quicker.

Battlefield V Update Rolling Out Now for All Platforms, Here’s Some of the Changes (Update)