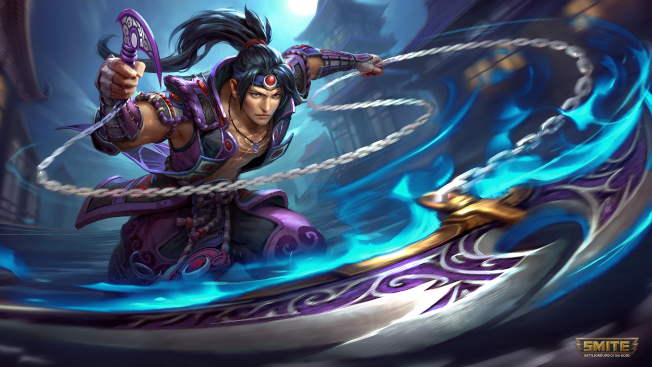 Just two weeks ago, gods and godesses got the meaty God of the Moon update for SMITE. As is the case with every major update for the game, there’s a bonus update out within the same month! Hi-Rez has released the SMITE update 11.52 new patch and it brings the 7.8 August 25 bonus update.

Ring of Hecate
Mage ADCs are holding strong in the current meta, largely due to the reworking of this item. Hecate received a strong nerf last update, but it’s clear that more is required. Freya and Olorun have continued to be top picks and bans, with Sol and Chronos being slightly more fringe, but still quite strong. We are bringing this items base stats down, as well as applying nerfs directly to Olorun and Freya. Our goals from these changes are to get all mage ADCs closer in balance to each other, and to get Mage ADCs closer in balance to Hunters.

Typhon’s Fang
This item is also heavily enabling the Mage ADC meta, and it’s nerf reasoning and goals is closely tied to those of Ring of Hecate. However, this is also going to be extending nerfs to a set of traditional Mages who greatly benefit from lifesteal. The self healing Mages have access too has grown over time, causing frustration at higher skill levels and clear wins at lower levels. We are bringing this down while also planning to buff a set of damage and hybrid items for Mages in the main update.

Hastened Katana
Basic Attack Assassins are still running as rampant as Mage ADCs. In a similar strategy, we are nerfing an item that is shared among many of the gods in this category, as well as directly nerfing a few top performers.

Tsukuyomi
The God of the Moon has ambushed the balance stats as masterfully as he ambushed his rivals in the Japanese Pantheon. Tsukuyomi’s unique kit elements and lack of a dash or leap has not held him back at all. Players in all skill levels and game modes are doing quite well with the god, mostly due to his damage output. Tsukuyomi is going to see damage nerfs across his kit, in both base damage and scaling damage. We expect this god’s stats to tightly correlate with his damage potential, so these changes should bring him down substantially.

Olorun
The Yoruba leader was buffed leading up to Mid Season as well as in the Mid Season update itself. This combined with his new ring has clearly put him over the top, and one of those buffs is being reverted, specifically on his basic attack damage output. Olorun’s Ultimate is often part of the conversation, and is something we will look into nerfing in the future if the Ring, Typhon’s, and Touch of Fate nerfs aren’t enough to bring him in line.

Freya
The Valkyrie Queen also has been affectionately dubbed a “Ring Abuser.” Her favorite ring is getting nerfed, but she is still getting another direct nerf because she and Olorun are still likely to over perform against other hunters and against Sol and Chronos.

Bakasura
The great devourer is gobbling up other Junglers since Mid Season. The item and meta changes have pushed him much further up than expected, causing Baka to put up some top stats even after his recent buffs were reverted. In this update we are nerfing his passive, which is a key factor in making him one of the fastest Jungle farmers in the game. His ultimate is already getting a slight nerf in its area control, to give enemies a better chance of escaping his chomping jaws.

Arachne
This itsy bitsy spider is now one of the top picked and top winningest gods in the game. Arachne tends to put up strong metrics even when the community considers her weak, niche, pubstompy, or some other category that dismisses her power level. However, its clear to see now that people have caught on to her strength. Venomous Bite has exceedingly high base damage, so we are choosing to bring down this specific aspect of her along with the item changes.

Persephone
The Queen of the Underworld has continued to be a somewhat controversial goddess. Persephone is one of the weakest gods in the game at most skill levels, but at high ranks and competitive tiers she is considered exceedingly powerful. We will be looking into more changes for Persephone in the future, but for now we are looking to mitigate frustration factors. Her AoE Damage and Slow are both being nerfed, causing Persephone to rely more on her unique utility features that require more intense changes to address.

Amaterasu
Ajax has cast his hoodie aside for a day to push through some Amaterasu nerfs. Amaterasu has become a top pick at pro play and ranked play, boasting a strong early game lane phase and a powerful presence in late game team fights. We are adjusting the damage from her mirror again, but this time at the higher ranks. This should keep her lane phase in a reasonable state, but bring down her mid-game kill potential.

Cthulhu
The battleground of the gods is crumbling. The great old ones have extended into the mortal realm causing madness and despair to run rampant. Cities burn, temples fall, and big scary squid monsters dive towers with reckless abandon. Cthulhu’s Ultimate has been often discussed as his most powerful feature, and one that is hard to counter. We are decreasing the duration of this effect at all ranks, which should limit his chase and dive potential considerably.

Yemoja
The magical waters are still causing more turbulence than serenity. Yemoja has received multiple nerfs over time, but forever remained as a top pick especially at pro play. We are bringing down her damage and control slightly to make room for more guardian picks.

For the new god skins introduced in today’s patch, head on over here.