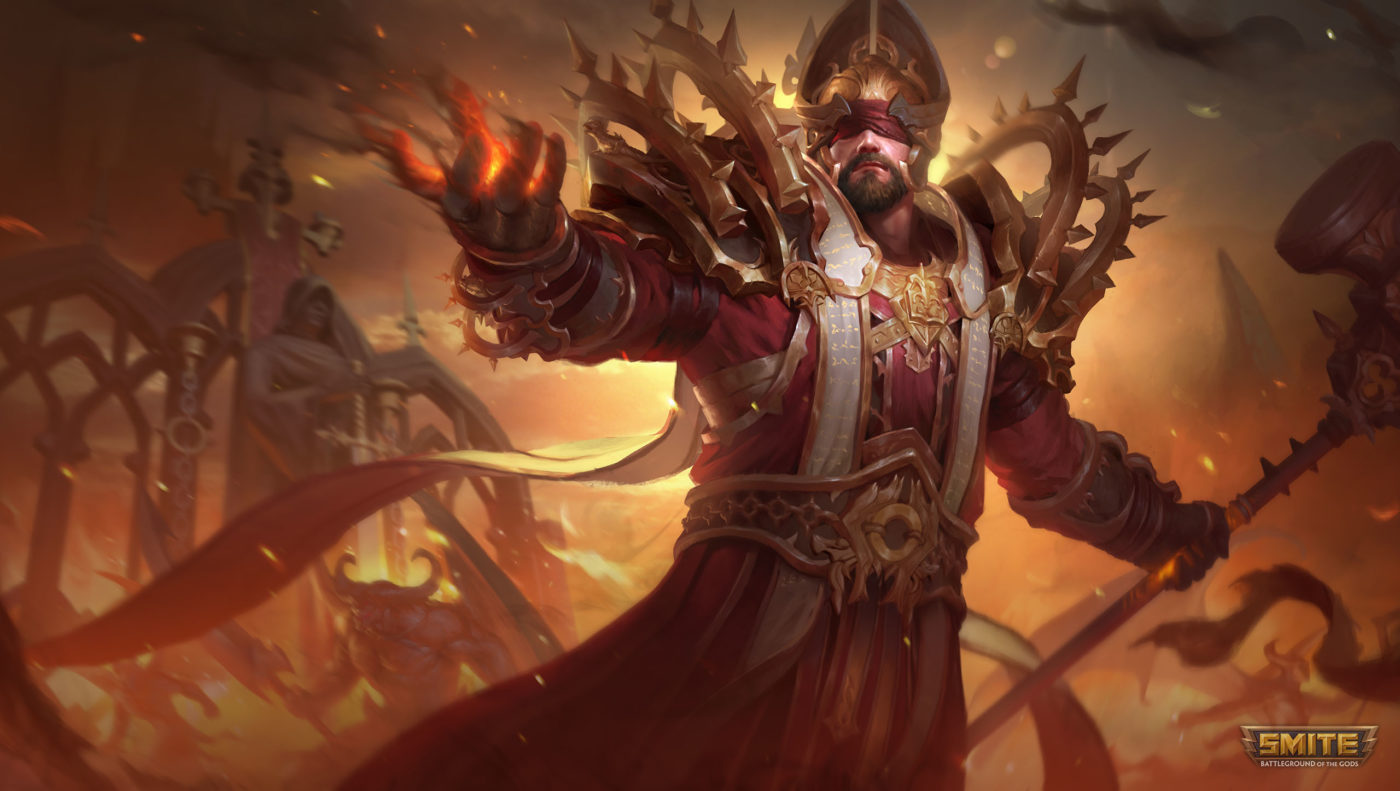 Hi-Rez has taken rolled out the SMITE update 11.54 September 8 patch and this brings the Odyssey: Reckoning content, which includes the Necropolis Battle Pass, and more! Head on below for the details.

ODYSSEY: RECKONING
This season introduces a brand-new Odyssey, complete with new design changes that will awaken the explorer within you. On your journey, the gods will explore new cultures and unexplored lands, while battling the corruption of Cthulhu.  Will you defeat the corruption…or will it overtake you?

Items unlocked on initial release of 7.9 Update with Buy All purchase:

ARTEMIS
Vengeance never stops, never slows down. Especially after this balance update! Artemis lacks the escape options that other Hunters have access to, relying purely on her ult to survive. Vengeful Assault will now cleanse slows upon activation. This shakes up her favorable matchups and gives her an additional tool to play with.

BABA YAGA
Baba Yaga keeps brewing up some new balance adjustments. This time her concoction will reduce the cooldown on her Brew. Often Baba Yaga feels like she runs out of options too quickly, especially in the early game. Being able to brew more often will smooth out that experience.

CHAAC
Chaac makes it rain already, but he is about to bring down the Thunder as well. Chaac feels like a Jack of All Trades, master of none warrior. He brings sustain, control, pressure, but even for a Jack of All Trades his damage pressure feels lacking. Thunder Strike will gain some additional scaling to help him out.

CHANG’E
Chang’e is a squishy mage that plays in the position of a bruiser mage, often sitting close to her enemies for poke. She excels at dancing around a fight, but the lack of base tankiness limits her movement options. We are boosting her to be more in line with tankier mages but not quite as much as the likes of Hades and Zhong Kui.

GUAN YU
Taolu Assault feels like it should be powerful on paper. While it does high damage and shreds, its short range takes heavy management to be used effectively, often falling short of easier and more reliable abilities. A base damage increase will make the effort feel more rewarded.

GEB
Geb rolls in and out of the meta and so far in Season 7 is seems to be mostly out. His lack of reliable clear and poke has caused him to fall out of favor. Shock Wave’s falloff is being reduced to help our lovable rock out.

NEMESIS
Nemesis has sliced and diced her way to the top, becoming a strong pick in high level ranked and competitive play. We often see her excel and sink off small adjustments, with Slice and Dice having a history of a 10 damage change moving her performance around significantly. Rather than fully revert, a 5 damage adjustment may be just the right spot for this Assassin.

RA
The original god of the Sun struggles to shine at the top end of play. Ra requires strong setup and skill to connect his shots and lacks tools to help him get that done. Celestial Beam is being buffed to be more rewarding when it lands while Divine Light will now cleanse slows when used. Ra will have better success joining and surviving a hectic fight.

ZEUS
Zeus is here to bring the lightning! Zeus’ passive provides players an opportunity to eek out extra damage with his Basic Attacks, however his base Attack Speed made this exceedingly difficult to accomplish. Expect to see more lightning bolts go flying and just maybe we will see some extra variation in his build choices.

ODIN
The Allfather underwent a long series of nerfs after his rework. While they were deserved Odin has finally settled down and ended up a bit underwhelming. We discussed reverting one of his cooldowns, and the one that made sense was Gungnir’s Might. Skilled Odins can show their understanding of the runes and we don’t reintroduce the frustration surrounding his frequent Bird Bombs.

HUN BATZ
It’s like Hun Batz says, “It is not wise to put a basket on your head as you will be eaten by a dog!” No, we don’t know what that means either. We do know that our previous nerfs to Fear No Evil which were meant to temper his teamfight power removed him from nearly all levels of play. A revert will help him out while giving us a chance to see how he performs in the more established Mid Season meta.