Do you go to GameStop or other physical shops to buy games digitally? If so, that might be ending really soon. Over on Twitter, trusted video game insider Wario64 has obtained a memo proclaiming that Sony will no longer provide full game digital download codes to retailers starting April 1, 2019!

Over on Reddit, a screenshot of the email purportedly sent to GameStop is also making the rounds, which you can read below. We’ve also screencaptured it in case it gets pulled.

Sony no longer allowing Digital games to be sold at retailers 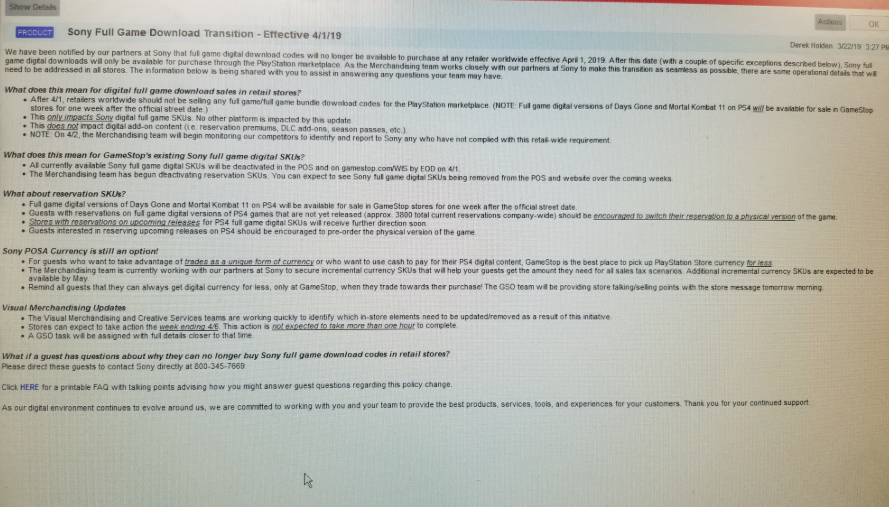 Given it’s set to take effect on April 1, 2019, there’s a chance that this is an April Fool’s joke, but I wouldn’t be surprised if it wasn’t. We’ve contacted Sony and will update the story if we get a response.

Is this a big deal for you or do you buy your digital games on PSN anyway?

Battlefield 5 Firestorm Info: Weapons, Vehicles, Gadgets and More All in One Place