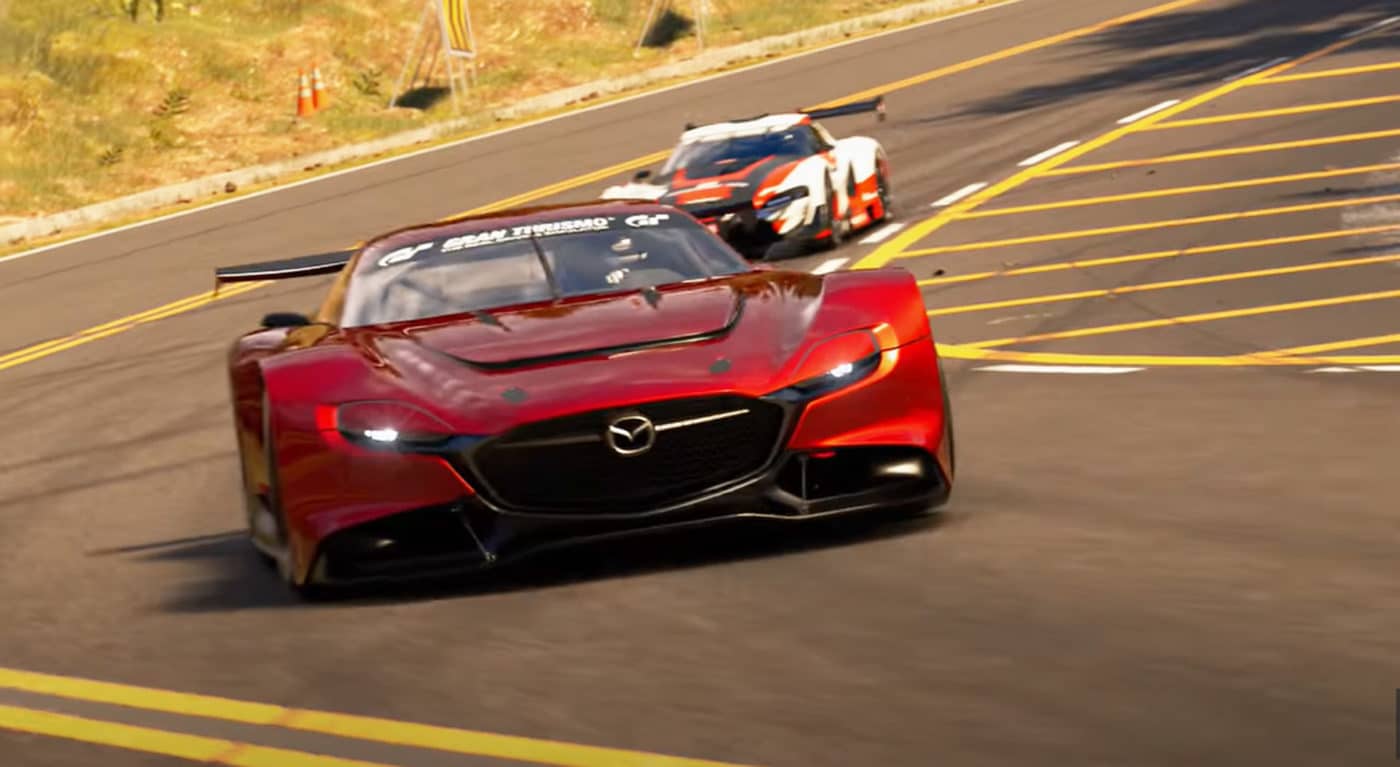 While it’s standard practice for video game companies to send out surveys to gauge player’s reaction, and to know more about its player base, the latest one being sent out by Sony is a little — for lack of a better term — odd. A Gran Turismo survey is being sent out to gamers now, and while it mentions Polyphony’s racing franchise, the survey itself has little to do with the actual franchise.

In the email screenshot which you can see below, it mentions that Sony Interactive Entertainment is assisting the Oxford Internet Institute at the University of Oxford to understand how the “well-being of individuals relates to video games.” Acccording to the survey, Oxford would like to hear the voices of Gran Turismo Sport players, and that these surveys will amount to three in total, spread over several weeks. 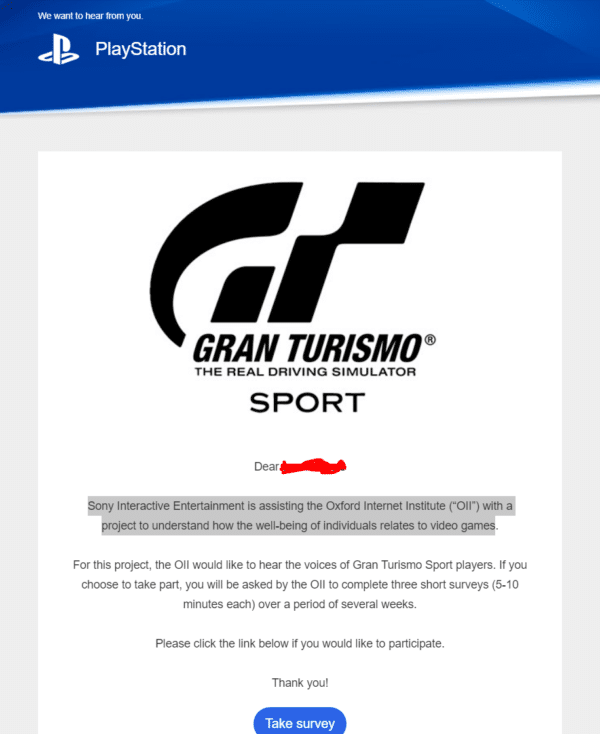 Here’s part of the survey’s disclaimer and description:

Understanding the Effects of Video Game Play on Well-Being Over Time
We (researchers at the Oxford Internet Institute at the University of Oxford (“OII”)), with assistance from Sony Interactive Entertainment, are investigating how playing video games relates to well-being. In this survey, we ask you to report your feelings and motivations, which will take about 5 to 10 minutes. We will ask you to fill in this survey three times: now, in two weeks, and in four weeks. To understand how playing video games relates to your wellbeing over these three occasions, we will link your survey responses to data about your gameplay received from Sony Interactive Entertainment.

The survey itself does talk about Gran Turismo Sport, but not on feedback on certain features, but rather, how long you played it, how you felt completing the game’s challenges and so on.

In other Gran Turismo news that’s more gaming-related, the Gran Turismo 7 beta test mention has surfaced on Sony’s website, though details are scarce.

Gran Turismo 7 is set for release for the PS4 and PS5, though it has no definite release date/window yet.

Activision: We Do “Like Our Position a Lot” When It Comes to Call of Duty 2021 and Its Competition